Credit where it's due; EA Sports have managed to release essentially the same football title annually for over two decades now and see sales go through the back of the net with every single incarnation. Sure they've tinkered with it here and there, and certainly made some improvements, but the skeleton of FIFA always remains the same. And FIFA 16 is no exception.

Regardless of whenever was the last time you played FIFA, playing this latest version will still be all too familiar, which on one hand is no bad thing, but on the other, feels like the grass is growing under FIFA's feet somewhat.

There's no doubt that looking at the game in action, it looks more and more like an actual game of footie on your TV; the smooth animation of all the licensed teams and players, the roar and energy of the crowd, even the commentary is lifelike - albeit dull and somewhat repetitive. but let's face it, it wouldn't be FIFA without its niggles. 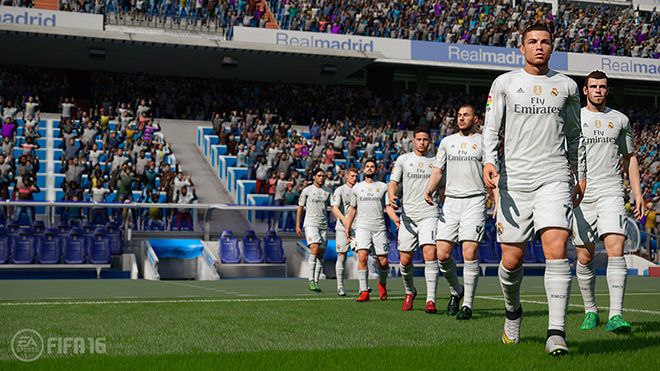 Want your whites, whiter than white?

The one right at the top of the list is the pace - or lack of - of the ball. There's a tedious length of time the ball takes when a player passes it to a teammate across the grass. It's like the pitch turns into a gooey carpet of treacle, as the ball leaves one player's foot in apparent slo-mo before finding another. Ironically, especially on the higher settings (which you can't fiddle about with during the FIFA Ultimate Team - or FUT - Divisions games), the opposition can frustratingly ping the ball around the pitch like it was on a pinball table. EA could claim this is more realistic (which it isn't), but it just doesn't compete with, say, the zippy movement of the ball in the latest PES game for instance.

Our other on-going nag are penalties; it still feels like a tacked-on mini-game that offers nothing in the way of actual skill.

And yet we played on. The thing about FIFA these days is there's so much in it. This time around, we were sucked in by playing FUT. It first appeared in FIFA 13 and has quickly become a fan favourite and it's easy to see why; it's like FIFA on twenty Red Bulls.

At first glance, it can all seem a little overwhelming. There are so many elements to it that it can leave you scratching your head as to where to begin. Dip your Predator footie boots into its waters however and you soon get the hang of things. At first we thought it was all about the packs you had to buy with the coins you won from games. Bronze, Silver, Gold and promotional packs are available at varying costs that include players, as well as various items that are essential - particularly contracts, which every player needs topping up with - as well as the ability to heal, and improve the quality of your players, which all come under the umbrella term of consumables.

Unfortunately, these packs are completely random, so you have no idea what or whom you're getting. This is annoying when you consider you're trying to build not just your dream team, but any kind of team; you could after all get ten goalkeepers in a row, and you can bet that you still wouldn't end up with the one you wanted.

It's under the rather misleading section entitled transfers where all the action takes place. It's here where you can not only bid for specific players (and if you have your eyes set firmly on the likes of your Messis' and Ronaldos', expect to pay out a small fortune), but also contracts, kits, stadia, etc. Instead of just paying a flat rate for something, it uses a bidding system to purchase items, where you can be as broad or as specific as you like. So if you want to look for any kind of defender, you can. But if you also want your players to wear Arsenal's away kit, you can bid on that too. It works the other way too, in that you can sell pretty much anything you pick up along the way. So if that Watford midfielder you picked up in a pack isn't working out for you, sell him here. 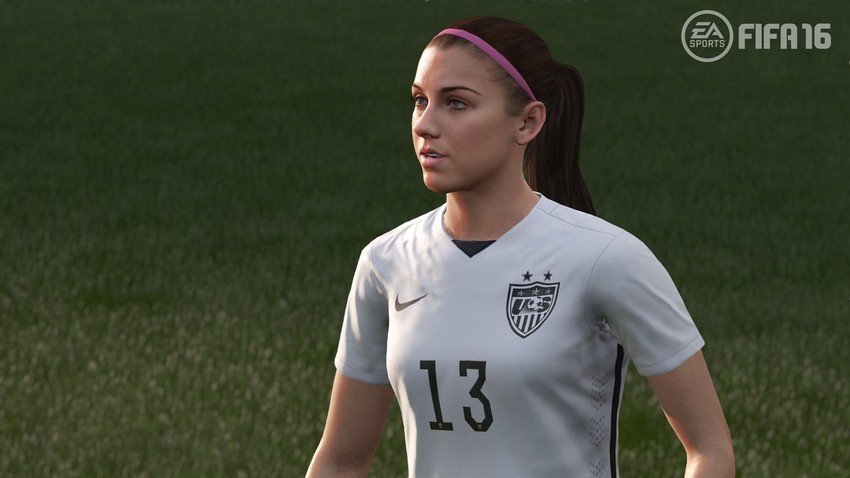 Andy Carroll's boob job  was to detract from comments about his hair.

The longer we hung around this section, we realised we had been missing a trick. There were certain items that were always going to be popular, but if you search around a bit, you can pick up a bargain. For instance, we have roots in the LDN area, and Wembley stadium in particular is pretty iconic for us. As well as it being, you know, the home venue for our national team. So we browsed through all the Wembley stadiums up for sale and bid on those with the smallest bids. With a bit of patience, we picked up a Wembley on the cheap. So we thought, hang on, what if we bought another one, and sold it at a profit? And so the wheels of footie industry turned. This is probably how Alan Sugar started it out.

Checking out consumables and when their auctions ended became a bit of an obsession; so much so that all matters on the pitch started to get in the way. The irony is of course that regardless of how much money we saved, it didn't matter how well-rated a player we would buy to strengthen our team, as we were bound to get turned over by a team rated lower than ours. Football eh?

There definitely seems to be a bigger idea in here trying to boot its way out. At times playing FUT is like trying to look after a football team of Tamagochi's; contracts need to be constantly updated, training and chemistry elements need to be bought to improve your players on the pitch, as well as various healing packs when they get injury niggles. EA obviously own The Sims franchise, so maybe this is a hybrid worth considering. Who wouldn't want to see Ronaldo pop round to Gareth Bale's house to have a party in his Jacuzzi, eat burnt pizza then break his loo?

Elsewhere EA once again cram this title to the rafters, with a myriad of playing options. Pretty much anyway you want to play the beautiful game, you can.

And yet it's difficult not to come away feeling you've not only seen it all before, but played it. What we'd like to see is a complete overhaul of the game, even if it's just for one season. For instance, with TV's so darn wide these days, why not change the orientation of the pitch? Playing left to right on a huge TV can be annoying; with the camera not moving, any action happening on the furthest side of the pitch can be difficult to see, with players looking a million miles away. Also, aiming with any accuracy in front of goal feels like a lottery, with such a vague depth of field reference. Running upwards towards the goal would allow you to at least see where you're aiming for.

And with yet another cool soundtrack, why not allow players to have tunes playing in the background during games if they so wish?

You can play in a women's team though. Not sure how big a draw that will be for the average FIFA player however. We'd rather a zombie mode; feeling tired of online players taking the piss by having their goalies run the length of the pitch to score a goal? Simply lurch forward and rip their throats out. we'd play that.

FIFA 16 is both fun and infuriating to play in equal measures. Which should come as no real surprise as it's been the case for the last decade or so. Konami's PES 16 is actually more enjoyable to play this time around, but EA Sports' kickabout still remains the most thorough football sim, with all its dazzling balls and whistles.