Fighting With my Family

It’s funny all the made up stuff people will believe in; just take Father Christmas, the Tooth Fairy and religion, for example.

You can also add wrestling to that list; essentially play fight panto that involves aggressive cuddling, it’s managed to become a hugely popular form of entertainment, especially in the US, making household names out of the likes of Hulk Hogan and Dwayne ‘The Rock’ Johnson.

It’s no wonder then, with a wrestling heritage of our own, that it would appeal to a whole new generation in the UK. Stephen Merchant’s film is based on a real family, whose one member took their love of wrestling to a whole new level. 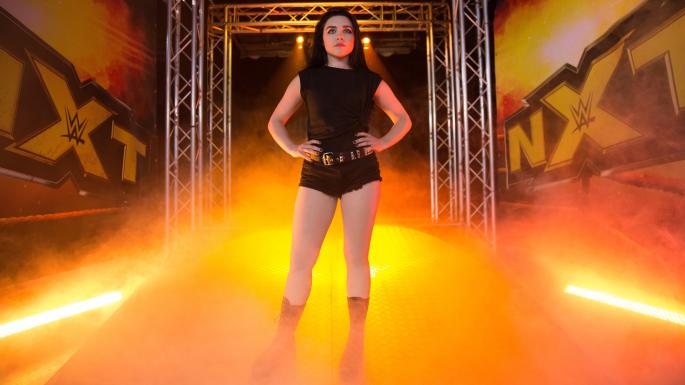 Ever since a young age growing up in Norwich, siblings Saraya (Florence Pugh) and Zak (Jack Lowden) have fought. Not just as brothers and sisters often do, but in a wrestling ring. No surprise really, considering that both their parents are huge wrestling fans.

After sending a tape of the pair doing their thing in the ring to the WWE, they get a call that there are try-outs in London and that they should both attend, which they do. It’s great news for Saraya, as she is offered the opportunity to train in the US to see if she really has what it takes to make it in WWE. It’s not so great for Zak however, who doesn’t make the cut.

So off Saraya flies, on her own, to see if a young girl from Norwich can “bring it” to a US audience in the ring. 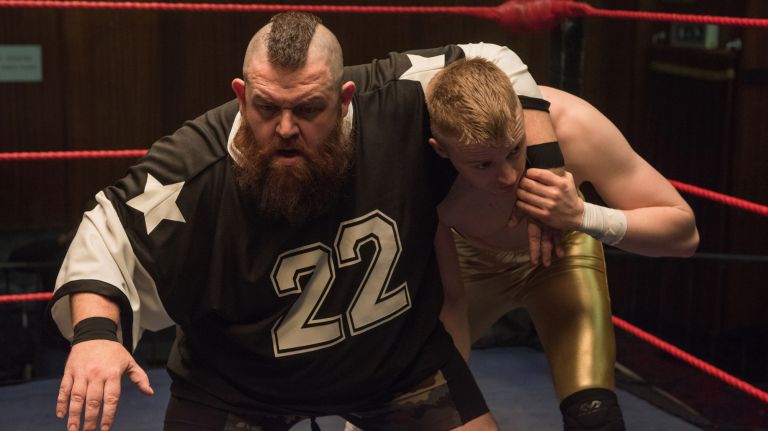 I'm not sure the hokey cokey is supposed to be this complicated?!

After watching a documentary on this real life wrestling family, Merchant thought this would make a great film. He then gets his mate Dwayne Johnson - who knows a bit about the fighting game - whom he appeared with in 2010’s achingly poor Tooth Fairy, on speed dial, and made it happen.

Although Merchant has directed a number of TV shows – and co-directed Cemetery Junction with his ‘Offfce’ partner Ricky Gervais – this is his first solo effort behind the camera for the big screen. Not only that, he also wrote the script too. For the most part, he does well on all fronts; he gets some fun and feisty performances from his cast, and the real-life rags to spandex tale is an enjoyable one.

It does have a middle that expands noticeably beyond its means however, with too much focus on the bond between brother and sister, and not enough on Saraya’s fish out of water experience stateside.

That said, Pugh shows her versatility this time around with a lighter touch, proving yet again that she’s one of the most watchable actors of her generation.

Obviously it’s not supposed to be taken that seriously, much like wrestling itself, but the script could have benefitted from being a little bouncier and punchier, and could have done with generally 'bringing it' that little bit more.