Finding the Way Back

In 1994, Heather Small, lead singer of the poppy M People, sang the lyric “You’ve got to search for the hero inside yourself” in their hit song ‘Search for the Hero’. What she was actually singing about, whether she knew it or not, is what actor Ben Affleck has been doing all of his professional life.

Of course Ben took it to the next level – well, he would, wouldn’t he – by searching for the superhero inside himself, and in doing so, he found three: Daredevil, Batman, and Superman, or at least the actor George Reeves who played the Man of Steel on TV in the fifties, for his part in Hollywoodland.

But despite the unflatteringly tight costumes and superheroes antics, Affleck has also been drawn to characters who are more working class heroes, as he plays here, albeit a flawed one. 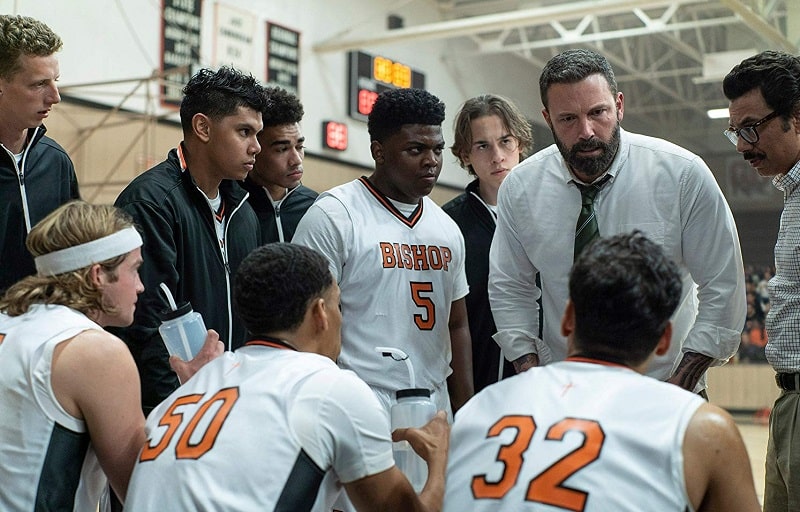 So I rubbed my cape in their face and said "No I'm The Batman!".

Life has been a bit of a struggle for Jack (Affleck) of late; not only has he been separated from his wife for nearly a year now, a decision that was born out of a family tragedy, but he’s also trying to find solace in the comforting embrace of alcohol.

Things could have been so different for him, as he was the star of his school basketball team with a promising career ahead of him. But once again due to family issues, he turned his back on it all.

Out of the blue however, he gets a phone call. Father Edward (John Aylward) over at Bishops Hayes High School is looking for a new basketball coach, and he was the first name he thought of. With everything that has gone on in Jack’s life, basketball hasn’t played a part in it for some years, and can’t see any reason to take the job.

But after some thought, Jack decides that perhaps he can be of some use after all, and accepts the position. Unfortunately the team hasn’t actually won anything since his days of playing, so it’s going to take a lot of work from both the young team and Jack himself, if they’ve got any chance of finding winning ways once again. 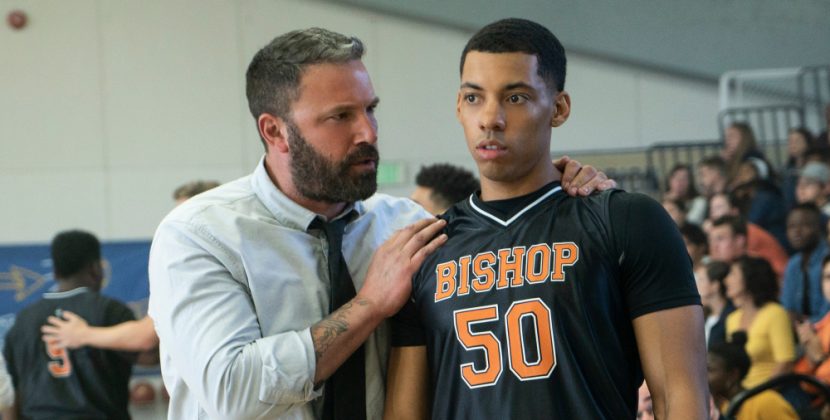 You think this is tense? One time Matt Damon stuck his finger up my butt...

It’s disappointing how formulaic the sports genre is. The best way to illustrate this fact is by describing this film as the basketball version of Friday Night Lights, with a light dusting of The Mighty Ducks over the top.

It follows the broken coach, who could have made something of his life, attempting to give a little back by turning a team of no-hopers into winners. Add some slo-mo shots on court and quick cuts to the score board to see how much time is left on the clock, and you’re in familiar territory.

It's also somewhat on the presumptuous side as far as its story is concerned; the main reason the Father approaches Jack is because he played the game well. Now as fans of sport know, just because you could play the game doesn’t mean you’re a natural coach – just look at the career of Alan Shearer at Newcastle United.

The appeal for Affleck may be drawn to the character’s vice of alcohol. There’s no better way to show that a character has quite a big drinking problem when you have shots of him drinking in the shower. Add to that the fact that his personal life was devastated by a death in the family, then you have a character running on empty, and therefore a dream to play.

It also helps that the balance is tipped far more in favour of Affleck, who soaks up plenty of screen time. Sadly this is at the expense of getting to know the team, with only a small handful actually getting speaking parts. The usual high school high jinks behaviour is kept to a minimum, so another scene of Affleck drinking in the shower can be added. Did we mention he has a drinking problem?

Despite its grossly generic footprint, Affleck plays downtrodden really rather well for his director chum Gavin O’Connor who he last worked with on 2016’s The Accountant, and just about holds interest throughout.

And although it’s pretty obvious at absolutely every turn what’s going to happen next, that momentum from its formulaic playbook, means that you’ll probably get behind the team for a wining outcome.

Even better news for Affleck is that he can now tick off ‘working class sporting hero’ from his to-do list.


***Fancy winning a copy of this film? Then enter our competition! For your chance to win a copy on Blu-ray, Click here to enter.***