When it comes to a modern author’s work being adapted for the screen, there can only be one king – Stephen King in fact.

He currently has over 340 writing credits on IMDB; not only has a large number of his novels been turned into classic films, such as The Shining and Carrie, but thanks to the world of streaming, a lot of his stories are now being made as TV shows such as Mr Mercedes, Castle Rock and the hugely underrated The Outsider, as well as many more on the way.

But thanks to his huge body of work, many of his titles have gotten the reboot treatment, including Pet Sematary, Carrie and It. Another title that can be added to that list is this reboot of 1984’s Firestarter, which saw Drew Barrymore in the lead after her breakout role in 1982’s E.T.

Shhh keep quiet, the producers of High School Musical are in the room...

It’s difficult to be a normal, average family when you’re so not. Andy (Zac Efron) and Vicky (Sydney Lemmon) have been a couple since university, where they both took part in scientific research. What they didn’t know was they were signing up to be human guinea pigs, where they were injected with an experimental drug – Lot-6 – that resulted in giving them super powers.

It wasn’t long after their daughter Charlie (Ryan Kiera Armstrong) was born that they discovered that she had inherited powers of her own, namely that of being able to create and control fire. They managed to keep a lid on it for several years, but with Charlie going to school and interacting with other students, the situation was becoming more and more difficult to control.

So when Charlie lost her cool at school one day, this alerted Captain Hollister (Gloria Reuben) at DSI, who knowing what a powerful weapon Charlie could be, decided to bring her in, at any cost. Soon Charlie and her family find themselves on the run, with the dire situation facing them most definitely hotting up. 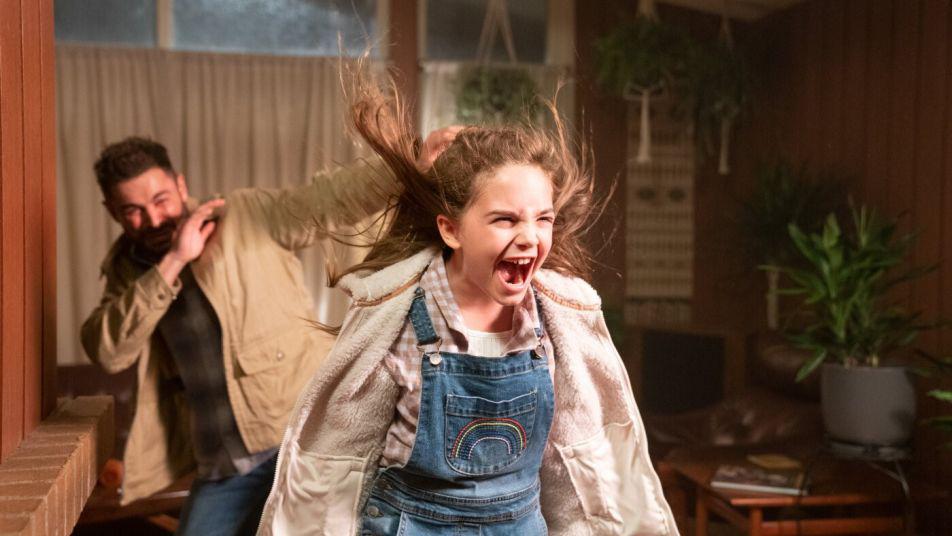 Little did he know it at the time, but Stephen King was somewhat ahead of the curve with the superhero genre. His novel, and this fairly faithful adaption, is essentially a superhero origins story; Charlie is developing a great power at an early age, which she has to learn to come to terms with amidst trying circumstances. You can see how it would make for an exciting cinematic experience.

And yet fledgling director Keith Thomas struggles with the pacing of the story that is sluggish throughout and fails to spark into action. There’s a fairly big clue in the film’s title as to what to expect, and yet he takes his sweet time in developing it. And even when the finale arrives, where you expect him to let loose, the result is a massive disappointment.

Kudos to the young Armstrong, who does extremely well with what little she has. She proves to be yet another example of incredibly talented youngsters who can already teach their peers a thing or two.

Efron does well too, in what is almost an on screen audition for Marvel or DC, and let’s face it, with their ever-expanding universes, there’s bound to be a role suitable for him.

The film itself doesn’t really fulfil the potential of the source material. It offers promising glimpses of what the film could have been, but ultimately it’s too much smoke and not enough fire.