It’s a name that sounds like it’s been around for years, and yet First Man is only the third feature to be directed by French American director Damien Chazelle.

His debut, Whiplash, was massively impressive, so it was no real surprise that his follow-up La La Land would pick up six Oscars.

For his third feature, he avoids the world of music altogether, choosing instead to go a little further afield. 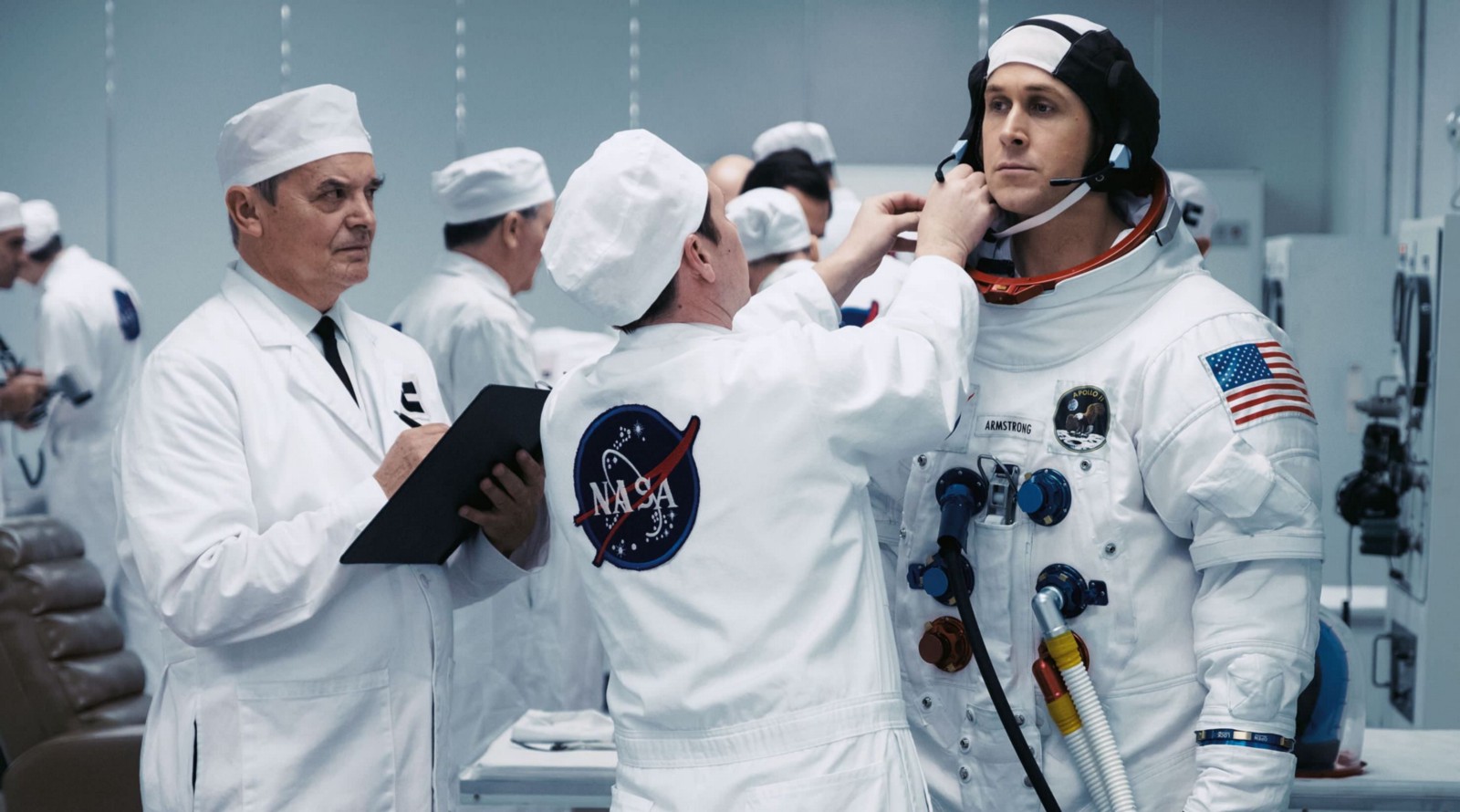 I told these guys a live action version of Buzz Lightyear wouldn't work.

After the death of his young daughter, NASA test pilot Neil Armstrong (Ryan Gosling) struggles with the ability to concentrate fully at work, which is fairly dangerous in his line of work.

His interest is piqued however when he’s offered the chance to join Project Gemini, NASA’s second manned space program, which he accepts. So Neil and his wife Janet (Claire Foy) move to Houston so he can begin intensive training.

With the US falling behind fierce rivals Russia in the space race stakes, NASA decides to up its game and set its sights on reaching the seemingly impossible – the moon. But do they have the right stuff – and crew – to get there? Alexa, where is the moon?

You can see how this project would have appealed to Chazelle. Not only is it based on a true story, it’s also based on a trip into space, destination the moon. So human interest and space travel boxes both firmly ticked. It’s biggest problem however, is that the human element isn’t very interesting at all.

The depiction of Neil Armstrong here is that he was a man of few words. Which, when you have a film running at nearly two and a half hours in length, is a bit of an issue. What the film needed was a real character at its helm; what it needed was a cocky space pirate, Han Solo type. But it’s safe to say that real life hero Armstrong was no Han Solo. And although Gosling plays him as a straight up, scarily intelligent kinda guy, he doesn’t have much going in the personality department. It’s probably for this reason that there have been few and far between attempts to bring the Neil Armstrong story to the screen before.

It’s also slightly hampered by the global spoiler alert, in that not only does everyone on the planet know how it ends, but they’re also familiar with the words Armstrong used when he popped onto the lunar surface.

Chazelle does make up for this in other areas however. Visually, the film is both lyrical and poetic. It also features some of the most terrifying scenes of peril aboard real space crafts, leaving the audience feeling as if they themselves are trapped on board. Truly breathtaking.

Professionally then, it’s a positive step forward for Chazelle the filmmaker, but it may act somewhat as a step backwards as far as Chazelle the storyteller.