The state of Florida has a reputation for a number of things: theme parks, alligators, oranges and old people. In fact you can combine the last two on that list too, as there are huge amounts of orange old people that can be found there, roaming around.

Director Sean Baker however, focuses on the young, and the very young, for his Oscar-nominated feature. 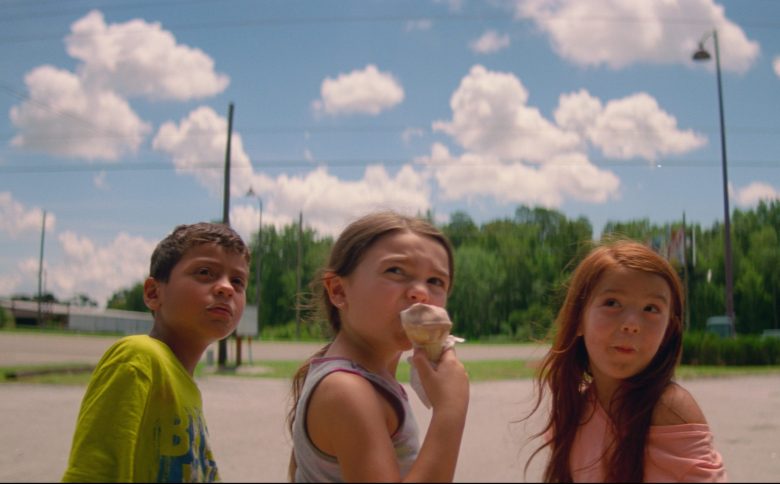 Do you think they're gonna jump?

It’s the second week of summer and school is definitely out for six-year-old Moonee (Brooklynn Prince) and her friends. As they don’t live in cool suburbs, with cool middle-classed parents, they have to make their own fun, which can often be at the expense of others and get them into trouble.

Moonee’s mom Halley (Bria Vinaite) is barely an adult herself, and is in no real hurry to accept the kind of responsibilities that sadly come automatically with having children. And although it sounds like they’re living a fairy tale life, residing as they do in the Magic Castle, the reality is, is that it’s just the name of the motel they’re staying in, run by manager Bobby (Willem Defoe), full of people who would love to be somewhere else.

Being only six, Moonee isn’t aware of the financial difficulties her mom is going through, where she has to be illegally creative on a week by week basis, just to pay the rent. Meanwhile, everyday is a magical adventure for Moonee and her friends, as they do their best – and worst – to have fun in the Florida sun. 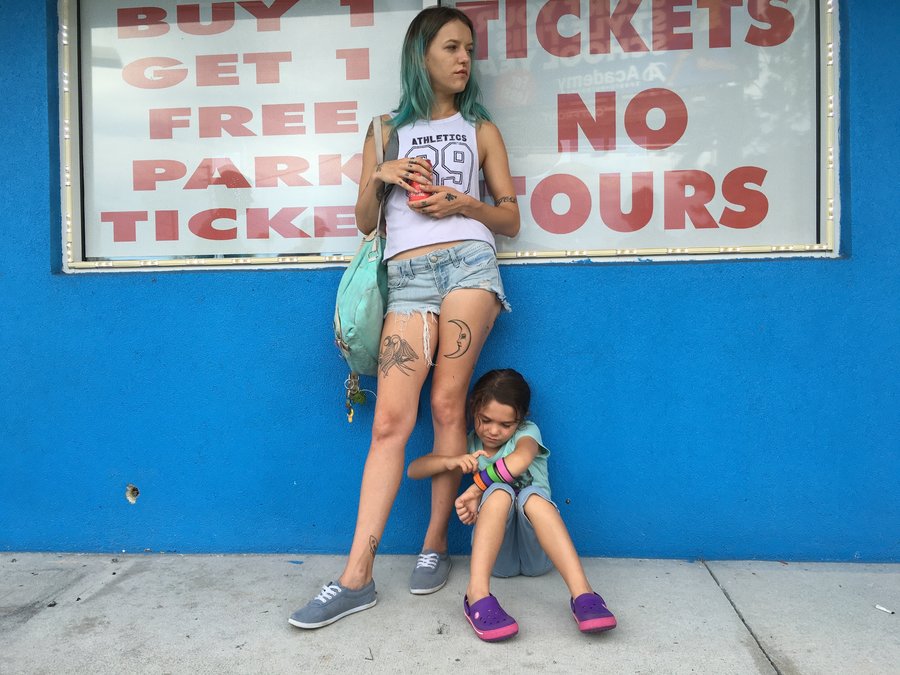 Marvel's new ride - the Infinity Wait - wasn't drawing in the crowds as expected.

Despite all the garish colours on view – from the purple decor of the motel itself, to the bold, bright prints that the children wear – there is a darkness that runs throughout this film. The children are oblivious to the struggles the adults are facing, mainly Halley and manager Bobby, who is just trying his hardest to keep the motel ticking over. This is a nice contrast that Baker dips in and out of at will.

The focus though is very much on Moonee, played with astounding ease by Prince. It’s a supremely natural performance, that never feels like she, or her other young acting peers, or hamming it up for the cameras. Like most kids she runs the gamut between cute and annoying every three seconds, before completely stealing the show in the final scenes.

Obviously working with scam artists like kids is no easy feat, but Vinaite, making her debut, gives as good as she gets, playing the troubled mother with a heart. It’s also one of the best performances by pro Defoe, who gets to drop the villain/baddie/oddball role, and take on an everyman for a change.

Baker’s style is reminiscent of Larry Clarke’s work, lighting up the screen like a pre-Kids, with scenes played out with the utmost realism, as if life itself was conveniently caught on camera.

It runs out of juice by the end, ramping up the story to almost drama-of-the-day status, but you’ll stay for the real and raw performances given by all concerned. And if you’re thinking of having kids, this may be the best form of contraception to change your mind.