In recent years there appears to have been a push in certain quarters to make food more attractive, not just on the plate but also the palette. Some chefs see their food as art, which might explain some of the seemingly small portions they get away with serving, at exorbitant prices.

Taking the whole food as art concept to the next level is British director Peter Strickland, with his latest serving. 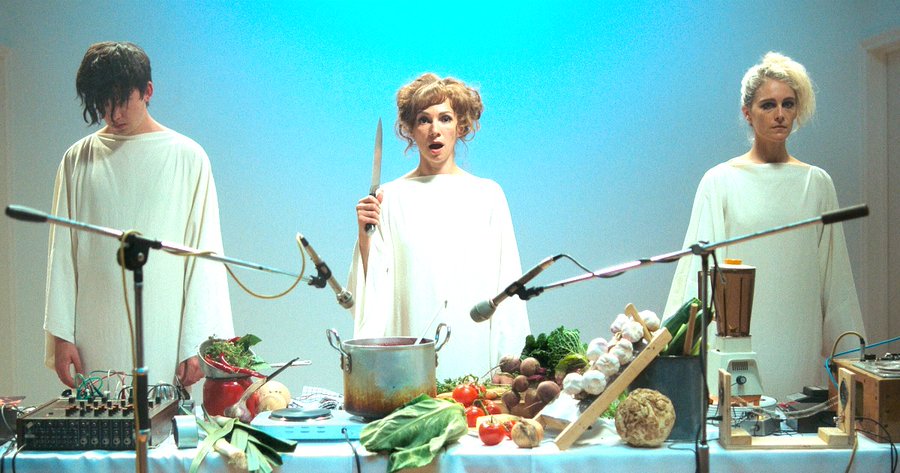 The Human League reunion tour ended up being a huge disappointment.

Welcome to the Sonic Catering Institute, with its curator Jan Stevens (Gwendoline Christie). She is currently overseeing a residency by three performers, Lamina (Ariane Labed), Billy (Asa Butterfield) and the leader of the group Elle (Fatma Mohamed), although they’ve still yet to come up for a name for themselves collectively.

They are putting on a number of shows, experimental pieces that involve extracting sounds from various foods.

Documenting their stay is writer Stones (Makis Papadimitriou), who keeps close to the group, even sleeping in the same room as them. This causes him much angst and discomfort however, as he is having massive internal issues, that lead to him having bad breath and breaking wind. A lot.

As events unfold, Stones finds himself, and his medical condition, becoming part of the performance, as well as the curious politics that come with the Sonic Catering Institute itself. 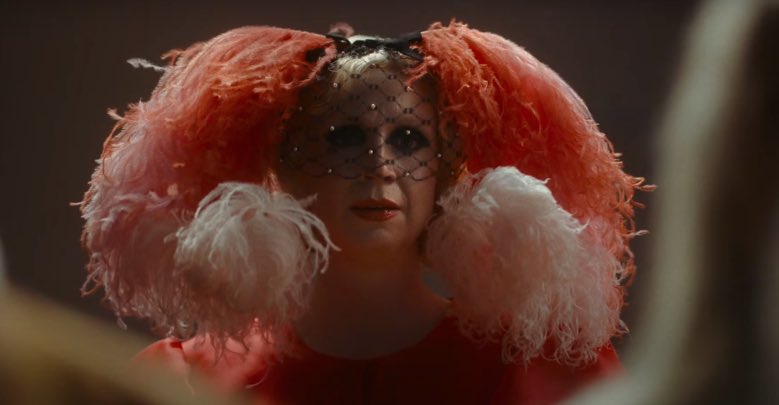 As you can see, I was supposed to play Tails in Sonic 2, but they ended up doing CGI instead.

Although shot in Yorkshire, Strickland’s film has a very European flavour about it. Most of the cast are non English, with the exceptions being Christie and Butterfield, and the entire film feels incredibly European.

Strickland’s script is suitably quirky, but its level of black comedy may be an acquired taste for some. It certainly mocks the art world in general, but the passion for being creative is real. It will also introduce audiences to the flanger, and the importance of getting it just right. As well the need for a balanced diet.

It’s not a laugh out loud experience, and yet there’s no denying its visually intriguing with originality oozing from the screen.

As a serving suggestion it’s recommended that you keep an open mind and take your time digesting it, because there’s nothing else quite like it on the cinematic menu that looks or sounds like it.