Behold, its a new era in gaming, ushered in by the arrival of the next generation of consoles. Yes, they're here: the PS4 and the Xbox One. It's all very well having a list of specs for both machines but ultimately, it's the games that sell the systems.

One of the exclusive Xbox One titles is Forza 5. Turn 10's driving franchise has been round the block once or twice now, but it has a lot to prove as it attempts to showcase Microsoft's latest games box. 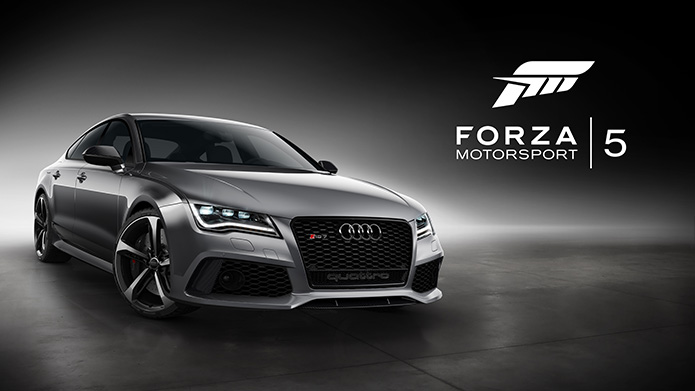 If you were expecting to be blown away by the sheer beauty of the game, you may be disappointed. We certainly were. Yes, it looks shiny and sparkly in all the right places, but it never once made our jaws drop, and that's what you kind of hope for with a new console, right?

As ever, Forza isn't only big on cars but also on the type of car you can drive. From retro, sporty numbers right up to your supercar, you can pretty much drive it here.

There are a large number of courses to drive them on too, all of them official and resembling their real life namesakes accurately enough, such as Sebring in Florida, Barcelona's Catalunya, Road Atlanta and our very own Silverstone. A few events also happen at the Top Gear race track, on top of which the Top Gear presenters return to introduce each league available and the type of cars you can drive.

As racers go, Forza 5 has all of its 'i's expertly dotted and its 't's crossed professionally. And therein lies part of the problem. Participating in any race is a depressingly clinical affair, with everything as it should be. Engines rev, rays of light shine through the windscreen as you follow the racing line, all whilst the course disappears under your wheels. There's nothing loose, grubby or unexpected about the entire game. It's as if the developers all suffered from a code tidying disorder, where everything needs to be in its place. With such a sheen of competency throughout, there's no room for one vital element: fun.

Driving a car in a game such as this should have a sense of thrill about it, but not here. It's the difference between playing Scalextric and controlling your own remote control car. Everything is just a little too rigid, predictable and safe. Even if it does get a little reckless, you can always hit the Y button and instantly rewind to calmer, safer times. 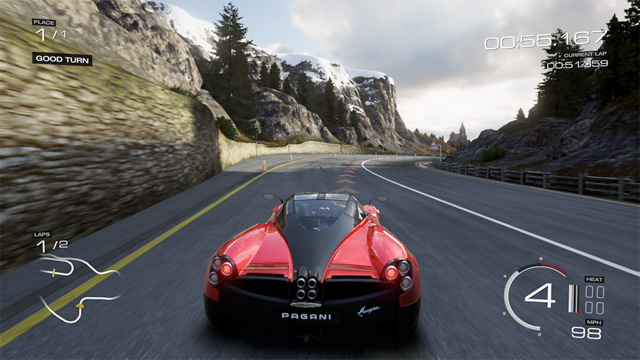 One good turn deserves another?

Some of this disappointment is our own doing; after all, the Forza series isn't known for taking risks. That said, this is a launch title for not only a brand-spanking new console but for a new era in gaming, and what it delivers is more of the same. Nothing groundbreaking, nothing spectacular. Nothing to get excited about.

One of the elements that was quite intriguing is the Drivatar. After a couple of races, the game decides it has collated enough information on your driving ability and sends out a version of you to compete on the world internet stage. This car will take part in various races and accrue credits for you to spend on new parts, cars etc. Unfortunately you can never get to hang out with your Drivatar, or go for a drink to discuss the burning driving issues of the day. Shame. Still, the idea of a car that behaves like you driving around the world representing you is an interesting one.

One other element of the game that is truly hateful is its music. There is a tedious generic orchestrated soundtrack, which sounds like it could have been deleted from a Halo game for being so naff, that wafts in and out of races. What it could have done with is various radio stations to choose from like GTA offers, or even better, the ability to upload your own music to listen to. But no, that would have been too creative.

If you like your racers that go all out to recreate the racing experience, then Forza 5 will certainly appeal. Its lack of originality and safety however, will have others struggling to get over the starting line.