Getting out and about has proven to be somewhat on the difficult side for much of the population, due this pesky pandemic that we’ve been living under for the last couple of years.

This has lead to a fair amount of cabin fever for many, with the outside world just proving to be too challenging to navigate safely.

Thank the high heavens then for video games, with their unique ability to transport us to absolutely anywhere, all within the comforts and safe confines of your own home. 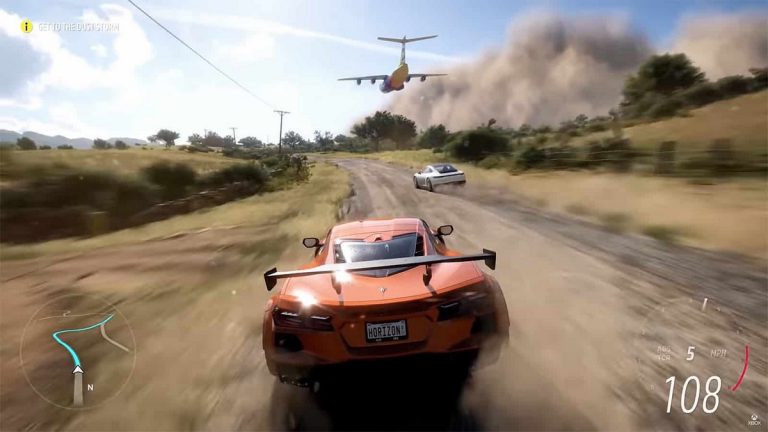 I can't believe you left my scarf on the plane, don't let it out of your sights!

One title that has done remarkably well, for a number of reasons it has to be said, is Forza Horizon 5. Yes it was available day one for all those with Game Pass, but there seemed a genuine yearning by gamers to hit the open road and feel that virtual wind in their hair.

You arrive, somewhat spectacularly, in Mexico, where the game is set. It’s not long before you are behind a wheel of one of the many cars available, and exploring what is a huge map - apparently 50% larger than the already impressive Forza Horizon 4 - that incorporates a number of differing environments. And then you drive.

Of course racing is the bread and butter of the game, and easy to initiate; you check the map, see where the start of the race takes place, rock up there and start. There are of course a number of different styles of racing, from street to off road, so you need to make sure you have the right vehicle for it. It’s useful then that the game offers recommendations from your personal garage for each specific race, just in case you’re in any doubt as to which would be more suitable.

Win a race, open up even more races. The problem is, and it’s a wonderful problem to have, is that it’s easy to get distracted in the game. It’s the type of game that, even if you don’t fancy racing, you can literally just enjoy exploring what the various locales have to offer, as well as various other challenges that you might come across on your way to an event. In doing so, it puts the ‘open’ in the open world driving game, as you just turn up the tunes on your favourite radio station, and head off down the road. 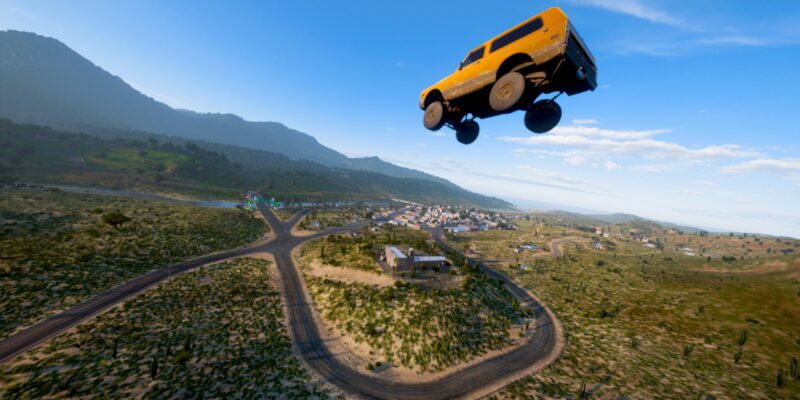 Erm, I'm fairly sure we took a wrong turn somewhere...

Although much of the gameplay is familiar to anyone who has played previous Forza Horizon titles, it still manages to be a gloriously easy pick up and play game. For one thing, the driving controls are probably the tightest there have ever been, with a deceptively simple arcade feel to them. You get a real sense of control whilst driving, which is always a bonus in a driving game, where even things like drifting, which can prove challenging in other driving games, is highly responsive and easy to initiate.

That said, you can also feel the difference when you get behind the wheel of a different type of vehicle, like an off road one say, which makes you work just a little harder to control. It’s not necessarily more challenging, more a case of a slightly different discipline to get to grips with. The result is that you never really ever feel out of your depth driving any type of vehicle available.

But what if you do want something more challenging? What if tinkering is your thing? Well, remarkably, you can do that too, as the game gives you the ability to get quite technical with your rides in terms of customising them if you so wish. So everyone is happy.

The developers have also included somewhat of a story mode as well, with characters you interact with, some of whom offering you missions to complete, where cars are up for grabs. It’s not a major part of the game, but just another layer to what is a terrifically layered experience as it is.

When it comes to racing however, the game has one Achilles heel – the ability to rewind. It is both a gift from the Gods and a curse, allowing you to rewind during any race. So if you take a corner badly, press Y and back in time you will go. Take it again and still get it wrong , press Y and back in time you go. It’s not a new mechanic, as other driving titles have utilised it in the past, but it is one that you can soon find yourself relying on heavily. There is the ability to turn it off – yeah, good luck with that – but once you have a taste for it, it’s difficult to live without. Perhaps if it adopted what other games have done in the past, giving you only a small number of times to be able to use it per race, then you wouldn’t feel so bad about using it. Of course it’s more of a reflection on us as average drivers, rather than a real criticism of the game itself.

As already mentioned, it’s easy to get distracted in the game, especially by the world that’s been so lovingly created. Mexico is visually breathtaking, with some incredible vistas that just kind of sneak up on you. It’s a game, possibly the first that we’ve seen, that genuinely feels like the next gen is finally here. It is incredibly detailed, and certainly promotes the ability to just drive around at your own leisure, exploring all the different environs Mexico has to offer.

To say that Forza Horizon 5 is a technical achievement is an understatement. There is so much to it, and in it, that to say it’s pretty much faultless isn’t hyperbole. Sure purists may have the odd niggle with it, but they would, wouldn’t they. But it is a game that dares you not to have fun behind the wheel, as you hit the gas on yet another adventure.

Its release is certainly timely, offering as it does a freedom – albeit virtual - that many of us, quite frankly, have taken for granted up until this point. But that shouldn’t deter from the fact that it’s a truly remarkable game, which puts its foot down in a crowding racing genre space, leaving every other title in its dust.

In fact, to call it merely a racing game feels like doing it a disservice, as it is so much more than that. To describe it as an experience almost feels glib, but it’s true; it is a fantastically immersive driving game, that is highly rewarding to play, that is just a joy to lose yourself in. So buckle up for the ride of your life.