The horror genre has been fairly formulaic over the years, with the intention of hopefully scaring the bejesus out of an audience.

There have also been some attempts to mix in some humour to the horrific proceedings, with one of the best examples being Wes Craven’s 1996 feature Scream.

This title however is next level stuff, as it takes its inspiration from the classic body swapping genre and mixes it with a slasher flick. 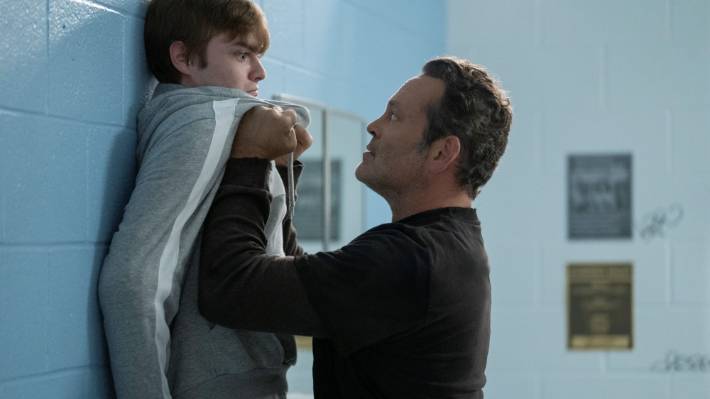 Attending Blissfield Valley High is Millie (Kathryn Newton), who although not one of the most popular students, has two best friends in Josh (Misha Osherovich) and Nyla (Celeste O’Connor).

All the students are getting excited about homecoming celebrations, but when news breaks of a serial killer on the loose, known as the Blissfield Butcher (Vince Vaughn), who has already struck viciously murdering teens in his path, their mood changes, understandably.

Millie is waiting to be picked up by her mum after a game, but when her mum fails to turn up, Millie is left all alone. Although she isn’t quite alone, as she is soon confronted by the Butcher himself. After a tussle, he attacks her with a knife known as La Dola, an Aztec artefact, which has the peculiar power of having them swap bodies, with Millie now inside the Butcher, and vice versa.

If that wasn’t enough to get her head around, she then learns that she only has 24 hours to swap back, otherwise she will stay in his body permanently. Meanwhile the Butcher is getting used to his new appearance, and making the most of it, as he continues his killing spree. 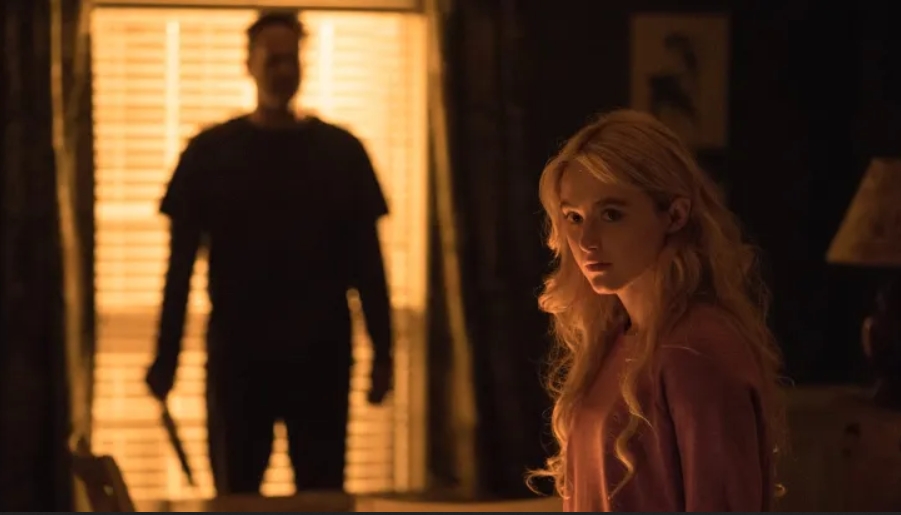 No, I'm not sure why they got me this cardboard cut-out of Vince Vaughn for my birthday either.

As the film’s title suggests, it is more than happy to reference its source material in Disney’s 1976 classic Freaky Friday, starring Jodie Foster no less. And as ridiculous as the premise sounds of mixing that body-swapping element with a slasher film is, it makes for a hugely entertaining mash-up.

Although young Newton does well with the duality of her role, no one is having as much fun as Vince Vaughn; his performance is deliciously over the top, and although it ventures into stereotypical gay man territory at times, he undoubtedly brings the necessary freaky to the party.

This isn’t director Christopher Landon’s first foray into this kind of mash-up, as he’s previously helmed the Happy Death Day films that merged horror with the premise of Groundhog Day. This effort is more successful however, making for a more winning combo. Its tongue is less in cheek, and more gorily pierced through it, providing a satisfying balance between horror and comedy.

There’s no doubting that this particular combination is outrageously silly, but it works. The horror elements are satisfyingly gory, with perhaps the only downside being that there’s not quite enough of it, while the humour hits the mark both visually and with some sharp and sassy dialogue.

And let’s face it, what’s not to love about seeing Vince Vaughn hamming it up to the hilt as a teenage girl?