A woman walks into a bar. Ouch. And that’s why, ladies and gents, comedy should be left to the professionals.

The subtext of that gag of course, is that women never get it easy. Actually, maybe it’s the sub, sub, sub text, but it’s there, somewhere, probably.

In Adrian Shergold’s latest film, he delves into the often dark world of a working class woman’s journey in succeeding in the male dominated world of stand-up. 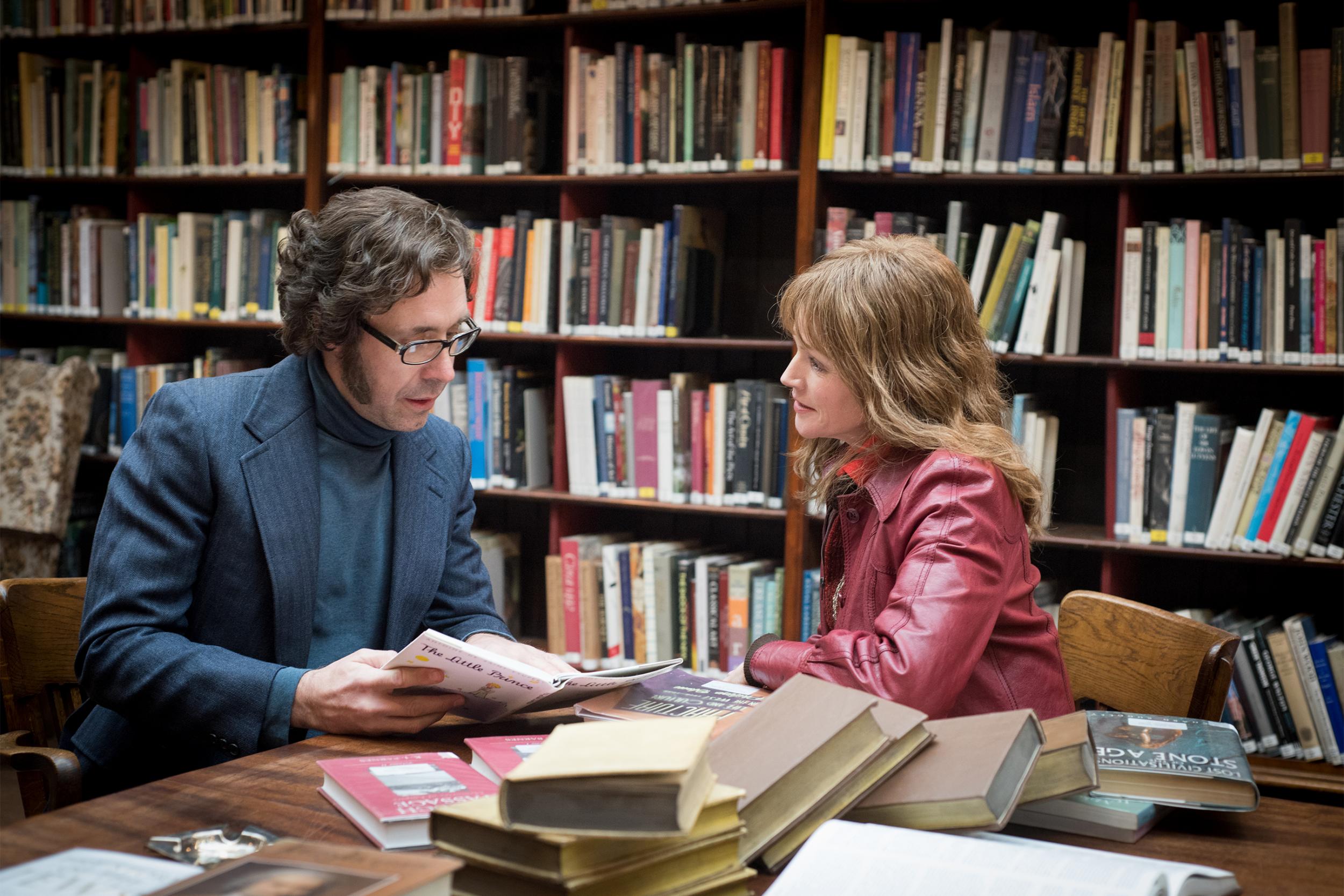 You see, right here. My contract clearly states that no-one is allowed to out-act me.

From a very early age Funny Cow (Maxine Peake) has used humour to protect herself, both physically and emotionally. And unfortunately, due to the many dysfunctional relationships she’s had – from various family members to partners - she’s had to use it a lot.

It’s not until she catches old timer Lenny (Alun Armstrong) having a torrid set in a working men’s club, that she feels that that’s exactly where she belongs.

The fact that this film focuses on a female comic during the seventies and eighties is interesting; it is a period where the male species dominated the workplace, never mind the comedy circuit, and equality was heard but very rarely seen. With that in mind, the film would have benefitted greatly from being biographical. Instead, what we have is a loose facsimile of what was happening at the time.

And even though it’s fictitious, the lead character lacks emotional depth. At no point does she let her guard down and reveal a vulnerability; a case could be made that she couldn’t afford to be seen to be vulnerable, but at the same time, the walls she builds to protect herself also sadly make it difficult for audiences to warm to her. That’s not to say that Peake does a poor job, far from it, but it feels a performance throughout, and therefore there’s no emotive connection to be made.

Not only does Peake put on a show, she’s also ably supported by Armstrong, Paddy Considine and Tony Pitts, who also wrote the screenplay.

It's a bittersweet watch, that not only lacks a funny bone, but a vital organ - heart.