It's not clear how, but the artist known as Lady Gaga has become not only a huge star  particularly amongst her followers knows as 'little monsters', but somewhat of a pop icon. Not bad going in only five years. What's more, Artpop is only her third studio album.

But is there any substance behind this unstoppable hype machine? 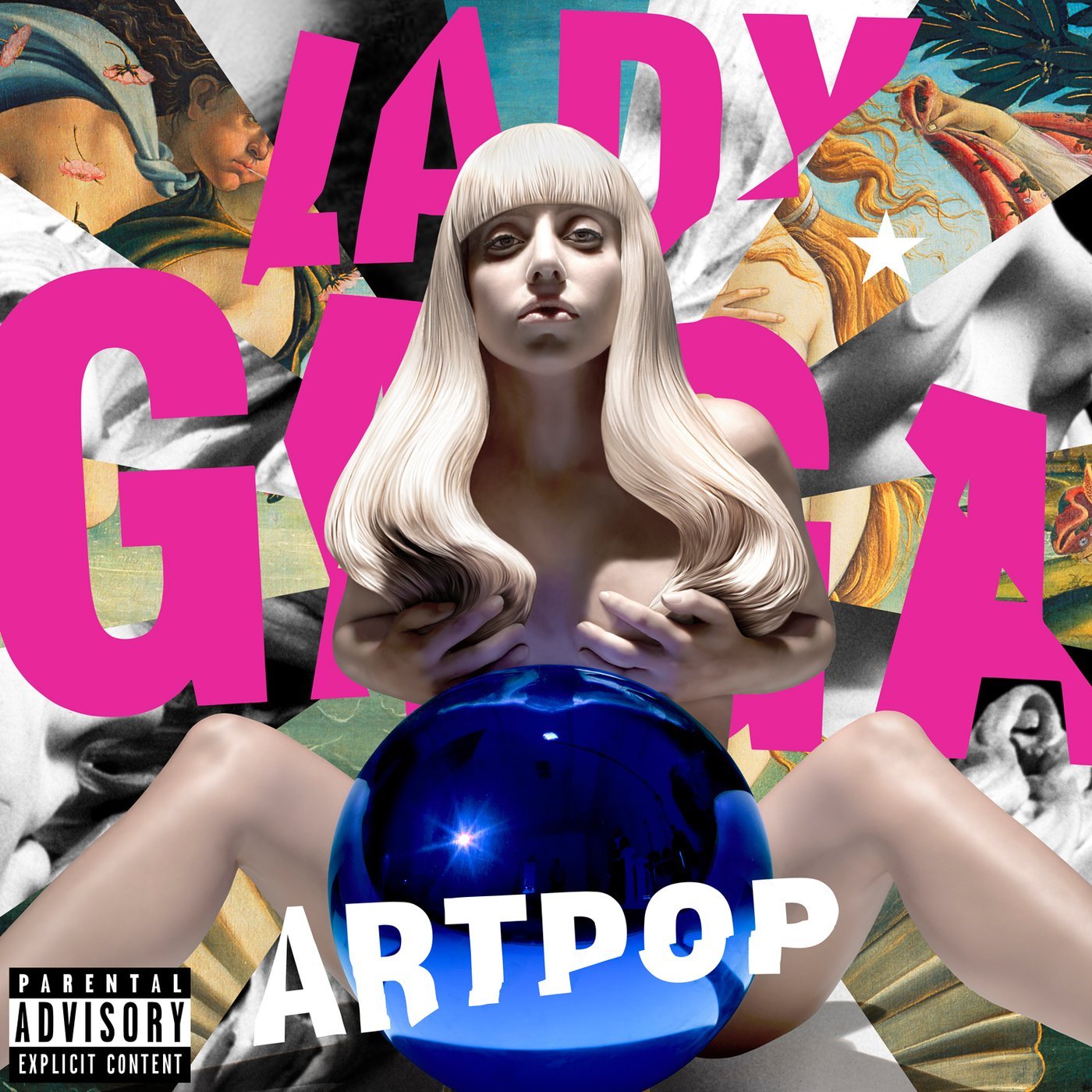 As you would kind of expect, Gaga opens with a theatrical number. 'Aura' has a flamboyant production, containing an all-you-can-eat menu of sounds. It's a melting pot of classic electro crossed with D.I.S.C.O. It's bold and sassy, so just what you would expect.

'Venus' is certainly a trip. Again it has a retro disco vibe about it, which is hardly cutting edge. Or maybe it is if Gaga is doing it. Either way it's certainly catchy enough. And who wouldn't be taken by a tale of love in space?

Noise. There's a lot of it in 'G.U.Y'. When Gaga talks it sounds a lot like a certain Madonna back in the day, who used to be some kind of pop icon herself. Apparently. It's a busy track that could easily tire you out if you let it.

The album to date has an infatuation with sex, of one kind or another. 'Sexxx Dreams' is no different. Again, more elements of Madonna, but a little more in the mix this time. Maddie is bound to be flattered.

The first voices that come at you in 'Jewels n' Drugs' clearly don't belong to Gaga. This can mean only one thing, it's time for the now mandatory rap segment. How bold and original. Gaga then follows up by being all kind of street. Somehow her vocals sound like Gwen Stefani. Oh rap off will you.

After all this club malarkey, Gaga gets her rock on with 'MANiCURE'. It's all a bit shouty and obvious, but then again Gaga is never going to be about being subtle.

A blast from the past takes to the stage in 'Do What U Want' in the shape of R Kelly. He adds a nice mellow tone to proceedings as Gaga sings about her heart and mind being hers alone, and you can do what you want with her body. It would probably make a useful door stop.

Well over the halfway mark and the title track 'Artpop' does have the whiff of filler about it. It's mediocre at best. Moving on swiftly.

It's understandable that artists attempt to be controversial, but 'Swine' takes things to a whole new level. "I know, I Know, I Know, I know you want me, you're just a pig inside a human body". It has a certain poetry to it, of that there's no doubt. So it's a little bit bonkers, which is no surprise as Lady Gaga does bonkers pretty well. The song looses itself in a kind of 'Footloose' styley, with a side order of sizzling bacon.

As if the title of the next track wasnt a clue  'Donatella'  there's a fashion theme on the go here. If you shop at Primark it might be lost on you, but that's no bad thing. Let's not forget, after all, Lady Gaga has worn a jacket made of meat, so you might not be the style icon she thinks she is. It will be difficult to take her seriously until she make an outfit made of cornflakes, then she would have arrived.

The clothes theme continues into the next track 'Fashion!' which, if you wanted to, you could sing the words to Madonna's classic 'Holiday' over the top and the music would fit perfectly. This probably isn't intentional.

'Mary Jane Holland' is a lightweight affair that easily goes up in a puff of smoke. Just say no kids, don't end up like Zammo.

A slight surprise with a quiet intro with 'Dope'. It's the most intimate song on the track and Gaga gives it the diva treatment. It would probably work well in a lame Broadway musical, but she just ends up coming across as the bastard child of Meatloaf and Bonnie Tyler.

Next, Lady Gaga delivers a slice of seemingly euro-pop in 'Gypsy', mixed with a wad of AOR. It's not an entirely comfortable concoction.

It may well be a case of saving the best 'til last with 'Applause'. It's got the right balance of attitude and groove that sets it easily as one of the main highlights of the album. It's positively epic pop.

With only experiencing the occasional single of Lady Gaga's now and again (without actually physically seeking any of it out), dipping a toe into her strange and curious world has been an interesting one. There's certainly a lot of talent on show, but much of it here appears to be akin to audible bravado, as there's a hell of a lot of chest puffing going on.

For some reason, it's difficult not to imagine Gaga as a real life Rachel Barry (you know, that character from Glee); she believes she was born to take centre stage, and certainly has a formidable talent, and yet goes somewhat over-the-top in every sense to prove it. There's very little in the way of nuance in her performance. When she's on, she's fully on. The album is a collection of the loud and boisterous, which is all many won't from her, but a shard of subtlety wouldn't go amiss now and again.

It appears that Lady Gaga has created a monster of a persona to face the world, and it certainly appears to working out OK for her. Unfortunately the performer in her, as proven here, often swamps any finesse to her talent. She's a creative force, for sure, but musically at least, her style is somewhat lacking.

Perhaps there's a clue in the album's title itself, wherein might lie the problem. Maybe Gaga wants to deliver something more than just a pop experience. But on this evidence, her brand of 'Art pop' is just a bit too naff.

Lady Gaga can no doubt leave an impression, but on this evidence, it's not clear if it's a lasting one, as this album is one full of smoke and mirrors, hiding any sign of long term talent she might have. Time will tell.