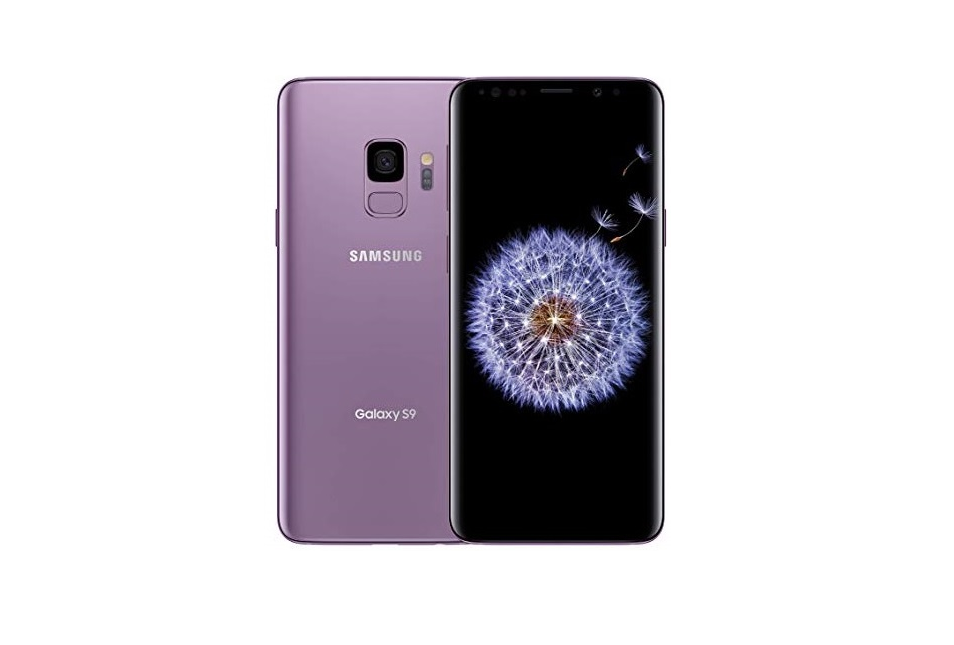 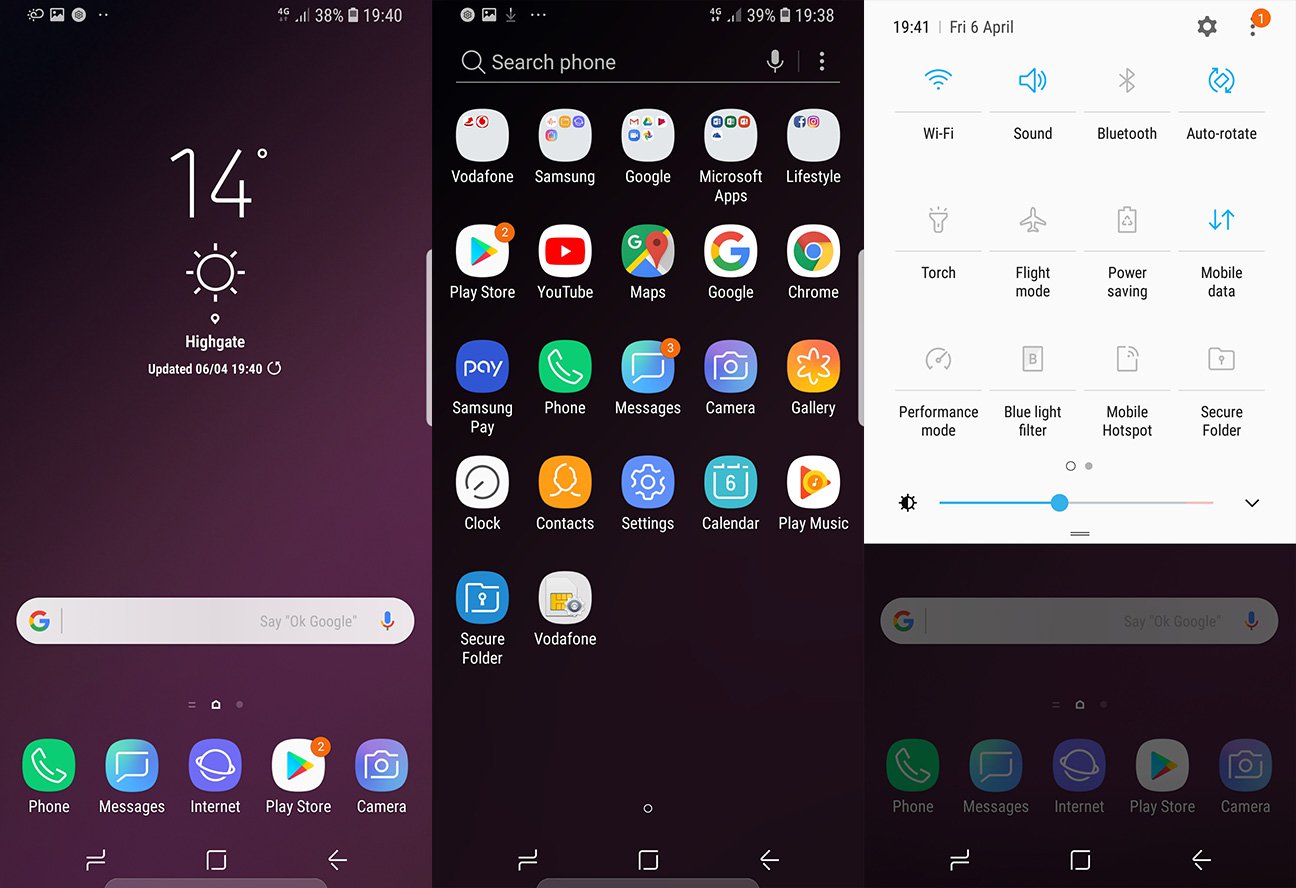 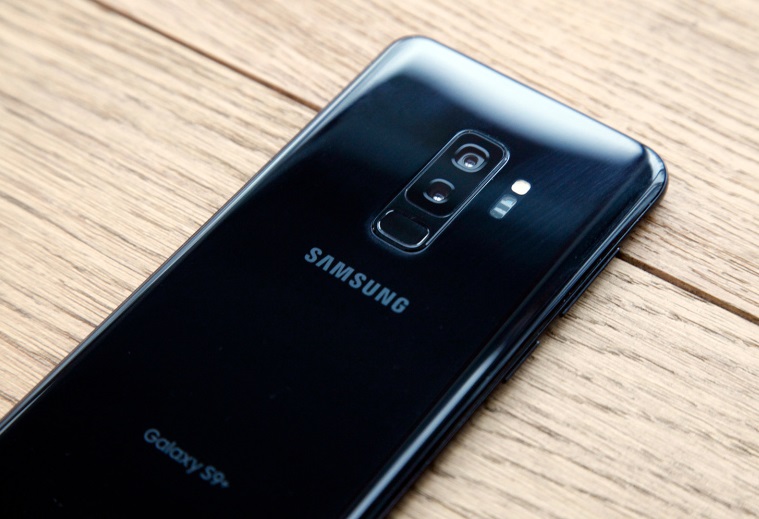 The world was once considered flat. As a pancake. Some cloud heads still think it is. But as we all know now, it has curves.

Samsung took that logic and applied it to their phones; where once everything was flat, now are curves. The notion didn’t quite work when the tech bods thought it would be a great idea to put a curve on our TV screens. It wasn’t. Now that fad has passed, a bit like 3D TVs sadly, and normality has resumed.

The S9 is the latest iteration in the Samsung phone club to show off its curves. Aesthetically pleasing to look at, it’s also very tactile, like a space age pebble that is impossible not to pick up and stroke. Of course it’s not that space age that all the finger smudges just float off of it, but until the day they invent either smudgeless screens or re-engineer human DNA so we have greaseless prints, it’s something we’ll just have to put up with. 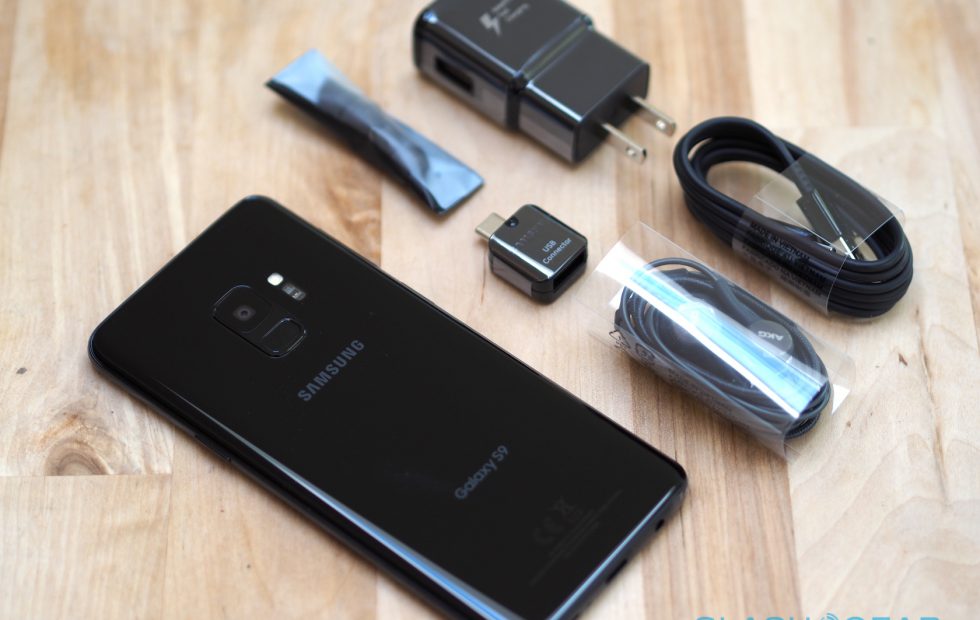 With a nippy start up time, you’re soon presented with a colourful Super AMOLED display. Then you can decide how to access the phone; with your face, finger, or old school digit code.

We’ve never used our faces as passwords, and it’s a little disconcerting looking into your phone and not say “Open Sesame” at the same time, but it works. Obviously it struggles in poorly lit situations, but that’s only to be expected.

Using your finger feels a little more spy like, as if you’re accessing a network of world leaders, where you can not only access all the codes to the missiles, but, more entertainingly, their private stash of awkward selfies naked.

A niggly design fault though, is the fact that the fingerprint reader and camera lens are located on the rear of the device, right next to each other. So when you get that ‘can’t read print’ message, you will invariably inadvertently smear grease over the camera lens in an effort to unlock the phone. This is fine if you want to achieve a soft seventies look without the need for a filter, but otherwise may need regular cleaning.

Under the bonnet, it runs an impressive Octa-core processor. So if that leaves you scratching your head, think of it this way; if your average phone has one processor, the S9 has Octa of them. It sounds like it should handle untold open apps and tasks, right? We downloaded a stupid game from the Play store, where you have to prepare food for customers. It’s not exactly Red Dead Redemption 2 on your phone, and yet the phone’s eight brains just couldn’t get their poor brains around it. With just the game open, and no other apps, the game often froze, causing stabby finger; your finger touches the screen, but nothing happens, you tap it again, a little harder, still nothing, and then you stab it like a button on a lift as if your life depended on it due to being surrounded by a swarm of zombies. Nothing.

We thought perhaps it was a problem with the game, but we downloaded another, a zoo sim, and had exactly the same troubles. Considering how smart this phone should be, it’s annoying then that you can’t cook up an omelette, or feed a penguin when you need to. As on the go gamers, this was a huge disappointment.

Another really annoying thing is Samsung’s bloatware; their phones are still shipping with a large number of apps already on the phone, that regardless of whether you need them or not, you’re not given an option to not have them. And getting rid of them is no easy thing. Imagine buying a new fridge and having it ‘pre-installed’ with shelf after shelf of fresh kale. No one wants that.


Using the camera was a far more pleasing experience. For the most part, we were happy with the results (see featured pics), but did find that it struggled with contrast on bright days. We hadn’t used live emoticon characters before, where the phone can actually turn you into an emoji, and it was fun to abuse them for ten minutes or so, but wouldn’t consider it reason alone to purchase.

When it came to casting video from the device to our TV however, it was surprisingly easy, despite having an older Sony TV. With just a few presses, a music video from YouTube was playing on our TV, and viewing pictures we’d taken was a breeze.

The phone also comes with its own virtual assistant, Bixby. It’s like Alexa, Cortana, Siri, etc. Etc. Many people enjoy this type of thing, personally we do not, and think if you really wanted a virtual assistant, you could just download Cortana, as the only way to differentiate them from one another are their names.

There’s no denying that the Galaxy S9 is an attractive proposition. It looks great, is an impressive size and does almost everything you would expect an expensive, high end phone to do. And yet, we didn’t fall in love with it. And as everyone knows, if you pay out a shed load of cash for a date, you expect a little love in return.

We might be just getting jaded, expecting the next big thing to be here and now. Sadly, the S9 isn’t it. It feels like the logical next step in the evolution of the series, albeit a tiny one at that.