When Gears of War was released in 2006 as an then exclusive for the relatively new Xbox 360, it was difficult not to be impressed with it. It was the kind of AAA title that made your non 360 pals a little bit envious.

It was a chunky third person shooter that was brash and bold, with an abundance of enemies to blow apart, with many having a serious presence by being gigantic baddies that took ages to bring down.

And now, with the release of the fifth entry in the franchise now released, all those points still ring true. And that’s the problem. 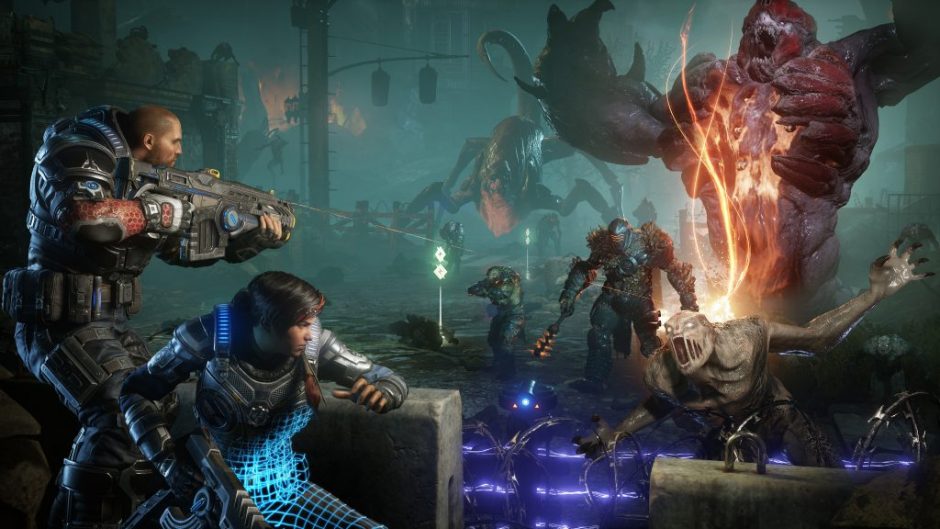 Jeesh, these Beliebers just don't know when to stop.

Although previously-seen support character Kait Diaz takes centre stage, the Fenix family still have their part to play in proceedings; in fact they kick things off with the entire first act, with Kait not waltzing in until Act II.

As with previous titles, Gears 5 is story heavy. There many cut-scenes used to explain the narrative, and help it along, which is no bad thing. It’s a familiar gaming device that serves its purpose. But they do feel like they’re also there to serve as a buffer from the rudimentary combat aspects, which have hardly evolved from the first entry 13 years ago.

Just as you did then, your character relies on cover to survive. Once that cover has been destroyed, you scoot over to another, and continue shooting. And repeat. It felt fresh and exciting 13 years ago, but it just feels so incredibly dated now. The movement of the characters still feels restrictive, as if they don’t feel entirely comfortable in the space they occupy. And for the love of God, why haven’t they learnt to jump yet? To vault over something, the game insists that you take cover behind it first, which just slows down any rhythm built up. 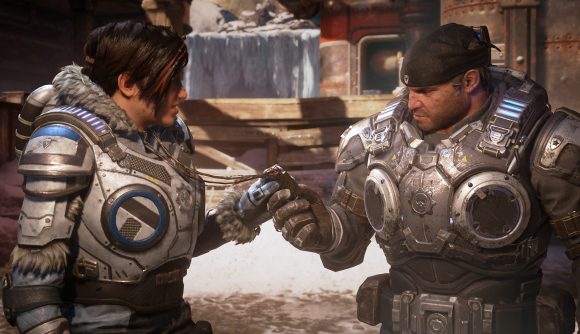 And then there’s the weaponry, which again is all too familiar. You pick up a weapon, it quickly runs out of ammo, you drop it, pick up another one, etc. It’s made worse by the fact that there’s still that incredibly annoying ‘mini-game’ of where if you want a clean and fast reload, you have to hit a bumper at an exact point, if not you are effectively penalised with extra time to wait.

It also suffers from one of our regular gripes where many of the weapons move when firing them. So if you’re aiming for one precise point on an enemy, that you have to do quite a bit with this game, you have to try to compensate for the fact that the barrel goes all over the place when shooting. This may well be a more realistic response from a weapon, but is it necessarily here? As far as we’re aware, the exploits of the GOW franchise aren’t based on fact, so can we just shoot in a direction without having to wrestle the weapon into submission?

After a while, the game’s formula for - cut scene, cover and shoot, cut scene – starts to grate a little. So much so that it’s difficult to think of another AAA title that has simply refused to evolve in any way over such a long period of time. Sure the graphics are a little sharper and easier on the eye, but the general mechanics have remained the same.

It appears the only way they’ve attempted to freshen up the franchise is by simply dropping the “Gears of” from the title. Everything else about it is incredible predictable and stale.

To their credit, the solo campaign (which can also be played in co-op mode) is around 20 hours long, which isn’t too shabby, when you consider it has a pleasing back up in terms of solid multiplayer options including Versus, Escape and Horde modes.

Despite its ‘epic’ intentions, the Gears of War franchise just hasn’t appealed to us. Ever since the first, it just hasn’t been able to hold our attention to the point that we craved to see it through to the end. Having skipped 4, we thought that perhaps 5 would be the one to finally win us over. It didn’t.

If you’re a fan of the series, then this is most definitely more of the same, so there’s less chance for it to disappoint. It’s just ironic that they use a gear cog graphic throughout the series, when it’s clear from the tired game play that they have no intention of moving the series forward.