There are many things that can test a relationship. For instance, when one of you finds The Big Bang Theory funny, and the other has superior tastes in the sitcom format. Or when one finds anything Ryan Gosling does life changing, and the other believes that that guy on the corner who makes balloon animals is more talented. Stuff like that.

A real test of any relationship however, is the co-op video game.

Over the years, a number of titles have been released that serve as a test as to how strong a relationship is. Anyone who has played the likes of Kuri Kuri Mix, Overcooked, Snipperclips etc. knows there’s a huge element of risk involved when those controllers are picked up, as the next time you place them down, you may well have one less person in your life.

Here then, is yet another possible relationship breaker. 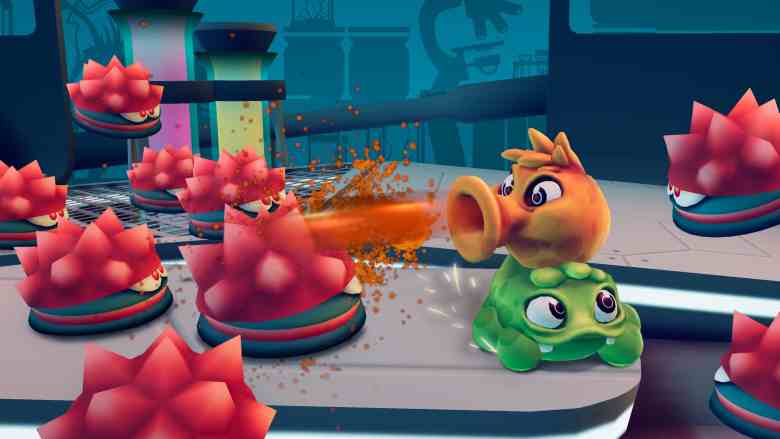 This cold is really getting out of hand.

Gelly Break is a co-operative title that sees you having to work together to combat a tricksy platformed world.

There are two characters to play through with; one is green, the other is orange. As you progress, you have to collect things, which is simple enough. Where it gets a little taxing is with platforms; these are colour coded, so orange platforms only allow the orange character on, and the same for the green character. To continue on together, the other player pops on the head of the other. Often though, the next platform to be traversed, is of a differing colour, which means you have to switch characters mid jump. And so the anxiety begins.

While you are carrying the other player, you can only move and jump. The player on top can only shoot. Together, you make a formidable team, if you happen to be on the same wavelength.

One of the most pleasing elements of this game is that you not only travel from left to right, but the perspective often changes so you are moving forward into the screen too. This gives you a greater sense of freedom, which is refreshing. 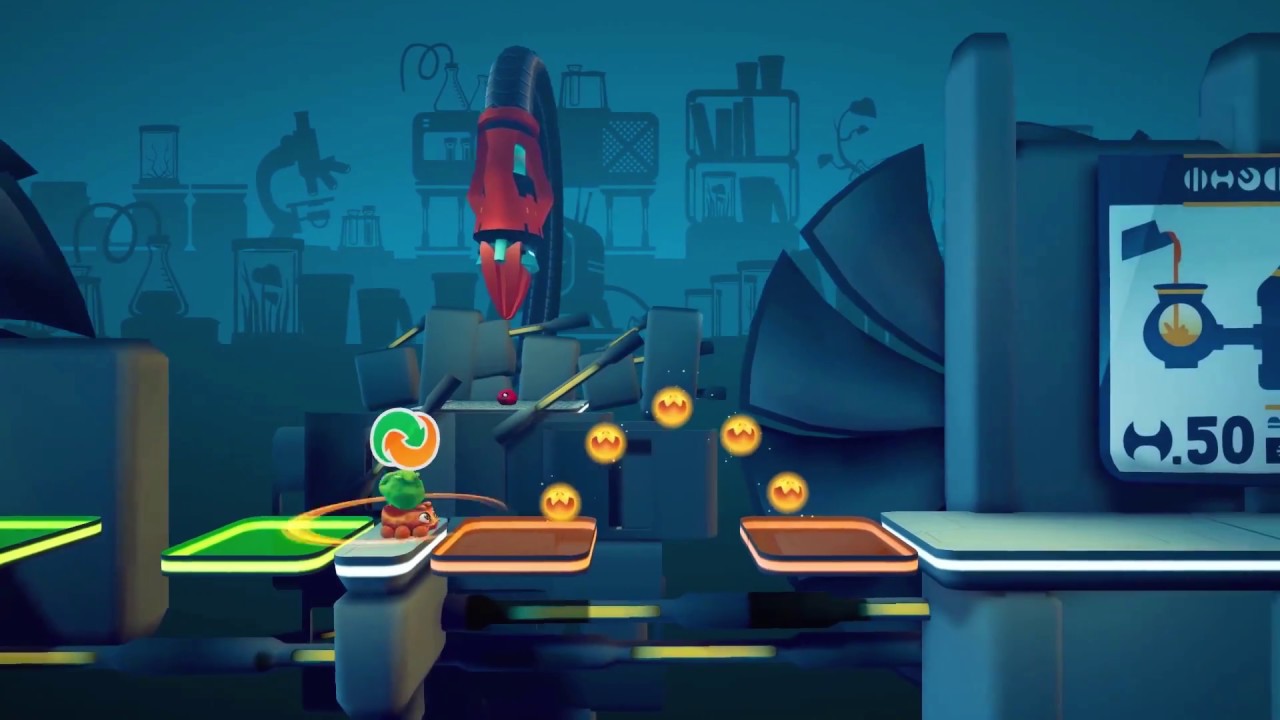 Next time, could we go just see a film like people normally do on date?!

A disappointing aspect however, is lack of story. The characters you play have no names, and the reason for this particular adventure is barely explained. In essence, you pick up and play, without any sense of what’s to be done exactly, nor why. A plot of some description would have been nice.

But what it lacks in personality, it more than makes up for in playability. The world is a colourful one, and the tasks throughout can be pretty challenging. The switching aspect for platform jumping can be particularly angst inducing. The boss battles also have an epic feel to them.

It also has pleasing art direction, and an enjoyable soundtrack.

Ultimately, Gelly Break is a worthy addition to anyone’s co-op collection, as long as they’re aware of the possible long-term fallout that can come from playing it. If that’s the case, there’s a silver lining in that it can be played single player too. But really, where’s the fun in that?

Although it doesn't break the mold of the co-op genre, it's an absorbing, fun challenge that is testing for anyone who dares play it together. You have been warned.