It’s generally accepted that the future is going to be a scary place. But that shouldn’t take away from how utterly frightening things currently are. If you’re not entirely sure what’s meant by that, just lift your head from your screen for a moment and look around you. Now you get it.

Technology is certain a key area of concern. It’s already a given that the robots will rise and destroy mankind, but its other areas that tech is playing a major significant role in, like film, that’s also troubling.

It was only announced recently that the estate for screen icon James Dean have given the go ahead for his digital avatar to have a major role in a new film Finding Jack. This opens up a whole can of digitised worms regarding ethical issues.

In Ang Lee’s latest, although the technology is similar, at least the ethical side is less of a concern, being that the avatar used is that of its star Will Smith. 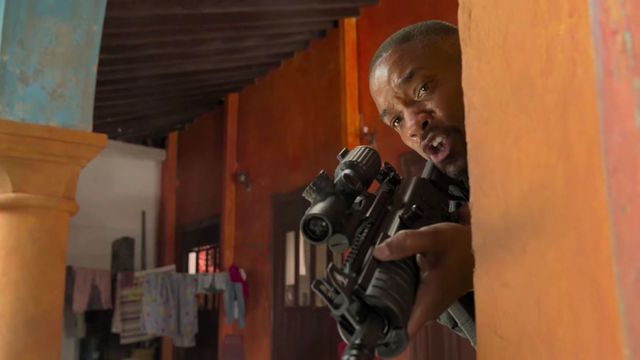 How many more times do I need to tell you - no more selfies!

All jobs come with their own stresses, but being an assassin can certainly take its toll. That’s why Henry Brogan (Smith), is calling it a day. With one last job done and dusted, he’s retiring from the Defence Intelligence Agency, and hoping for a quieter life in retirement.

That was the plan, at any rate, but after he’s attacked by trained operatives, it appears that someone else has other ideas. Brogan discovers some Intel on his recent kill, revealing that his target was not the evil menace he was led to believe, and was actually innocent.

He’s pretty sure that it’s this discovery that has made him a target by his own agency, who clearly see him as a loose end.

Brogan soon finds himself on the run with fellow agent Danny (Mary Elizabeth Winstead), who was initially deployed to keep tabs on him, but now sees the agency have turned the tables on a good agent, as they attempt to find out who’s behind wanting him dead.

As their search takes them abroad, Brogan finds that they’re being hunted by an extremely dangerous assassin, who looks eerily familiar. 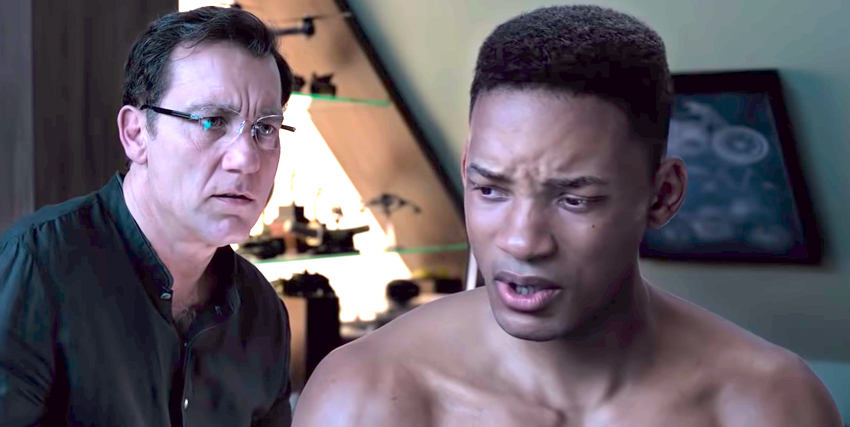 What have I told you about coming into my room without knocking.

After his work on his 2012 Oscar-winning Life of Pi, director Ang Lee has had a fair amount of experience with CGI. The technology used in this feature however, is next level stuff.

Will Smith has a secondary role here, playing a younger version of himself. Except he isn’t playing it at all, as this younger version is produced entirely by CGI. Unlike the case with James Dean, who is clearly no longer with us – in human form at least – Smith obviously gave the OK for his likeness to be used. And the likeness is truly remarkable.

The technology has evolved to the point where once the avatars clearly looked tinkered with, but now far less so. There are still ‘tells’ that can break the realisation, such as when the lips are moving, that they still don’t feel 100% natural, but what’s on display here only proves that they’re not far off from it.

It’s also fair to say that the use of the avatar is completely understandable, used as it is here, and elsewhere in such titles like Scorsese’s recent The Irishman, where a younger version of an existing older character is recreated in CGI; why use a different actor when you can recreate a CGI version with a stronger visual reference.

The grey area of course is when you start resurrecting the dead, who obviously don’t have a voice in which to register an opinion on their likeness – and their star power – being used without their consent, one way or another.

Putting that debate to one side, Lee’s film is certainly entertaining. The 4K version does take a little getting used to however; the frame rate is ramped up from the usual 24 frames per second, to a hefty 60. Apparently Lee shot it this way for the 3D version, but although the 4K version looks impressive, it somehow feels less cinematic.

The main action sequence is certainly James Bond-esque, but unfortunately there just aren’t enough of them to make it a thrilling experience from beginning to end.

Smith is, as always, extremely watchable throughout – more so with his CGI doppelganger – and Winstead and Benedict Wong make charming sidekicks. Clive Owen, as the film’s baddie, feels a little off the mark however, as if he’s auditioning to be a Bond baddie, but coming across as just a little too clichéd.

Lee does well keeping the pace going, whilst delivering an enjoyable enough action flick. Yes the script and storyline are rather generic, particularly with the doppelganger scenario done once or twice before, but Smith fans will no doubt lap it up. How could they not, with twice as much of Smith on show than normal.

Of course it could be the death knell for film as we know it, as studios decide to do away with proper actors and replace them with terabytes of data. And if that’s the case, you can blame Will Smith – both of him.