Everyone loves a good disaster flick; the big budget bonanzas that see buildings crumble like sawdust, waves as big as really tall stuff, and rivers flow like a keg at an under-aged drinking party.

But it’s easy to love a really bad disaster film too for exactly the same reason, usually down to poor execution. But what we have in Geostorm is a peculiar hybrid that sees the words of the disaster genre clashing with a whodunit and space theme, making for a very mixed bag indeed. 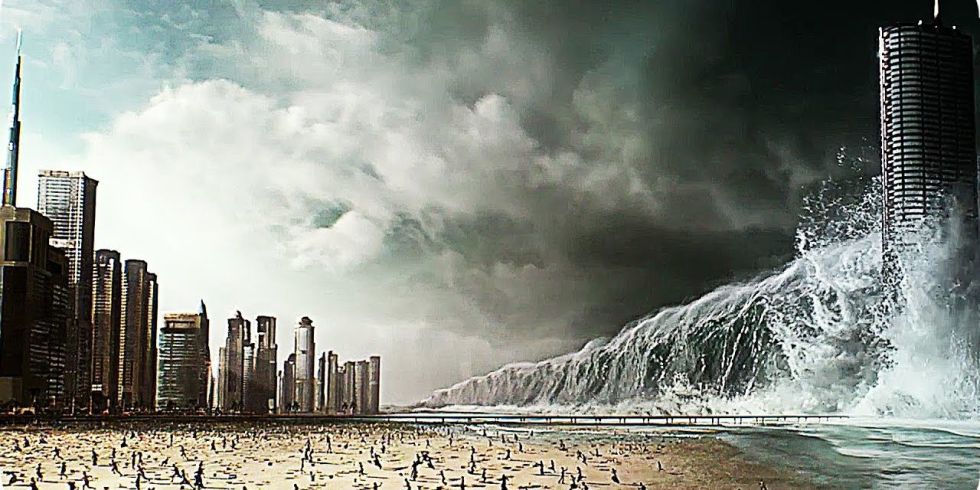 "And for those heading to the beach, the forecast is take your sunblock as it'll be another sunny day...".

The year is 2019 and as many predicted, the world’s weather has gone and turned on humanity big time, so much so that cities have been destroyed around the world.

As luck would have it, some brainy scientists have come up with some clever satellite tech to send up into space – affectionately called Dutch Boy – to plug a hole in it and calm everything down. The man behind the tech, Jake Lawson (Gerard Butler), is seen to be a busy body, and is fired by the government, only to be replaced by his younger brother Max (Jim Sturgess).

Three years on, and some odd irregularities start to appear in the system. Firstly, an entire village of 300 people are frozen solid in Afghanistan, soon followed by a catastrophe in Hong Kong. Far from being just a glitch, Max believes that fowl play is at work, particularly when someone dies on the space station running the satellite network.

Only one man knows the space station inside and out, the man who built it – Jake, so he’s whisked off into space to discover who it is that’s trying to sabotage the network. Oh and save the world while he’s at it. 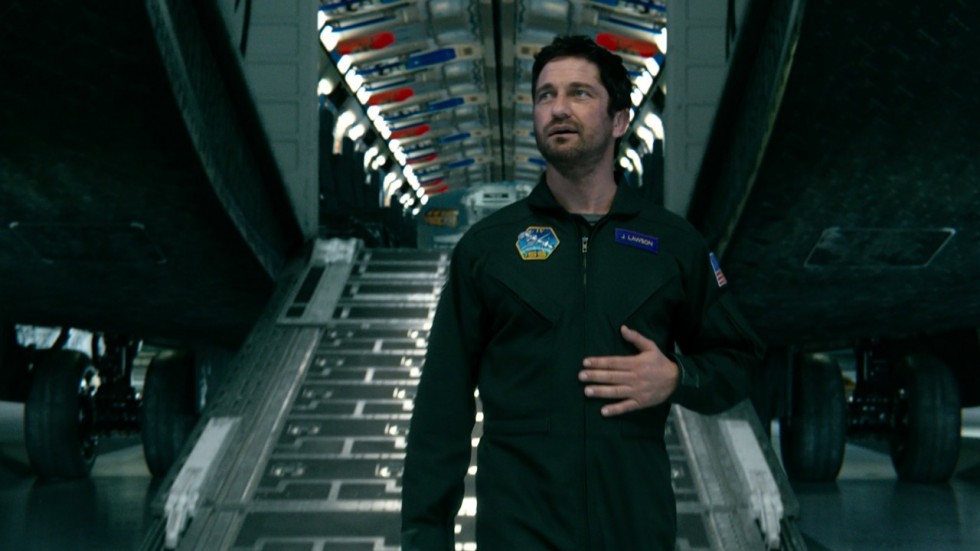 Ex-cuse me, I really shouldn't have had those double burritos for lunch.

You would think that a genre such as this would be in safe hands with Dean Devlin; after all he has produced such mega disaster flicks such as Godzilla and both Independence Day films. However, on this evidence, you thought wrong.

This is Devlin’s first stab at directing for the big screen, and it’s clear that no-one should ever let him behind a camera again. Everything about this film is supremely woeful. The worst element however, has to be the script. It’s a clunky mess with the kind of dialogue that can make you bring that small amount of sick back up into the back of your throat.

The fact that much of it takes place in space, also waters down the disaster element, and if you take the storm bit out of it, you haven’t really got much left.

Both Butler and Sturgess do their best, and will be surely happy with the hefty pay check, but nothing else.

Its one saving grace is that it is so very bad, that it ends up being fairly entertaining. How it managed to evade being nominated for every Raspberries category going, is far more impressive than the film itself. It will undoubtedly raise a smile and a chuckle or two, but for all the wrong reasons.