It’s easy to sometimes think of Michael Caine as a parody of himself: you have the often cited quote of course, from the 1969 classic The Italian Job, where only some doors were to come away from the vehicle; as well as the popular phrase “not a lot of people know that”, which is wrongly attributed to the 89 year old actor, as it was first uttered by Peter Sellers doing an impression of him on a talk show in the seventies; and there’s also the 1984 song by Madness, ‘Michael Caine’, that features the actor repeating “my name is Michael Caine”.

All of this shouldn’t be seen as mocking the two time Oscar-winning actor, but more out of a sense of fondness for him, as there’s no doubting his formidable talent, of which this classic re-release is a fine example. 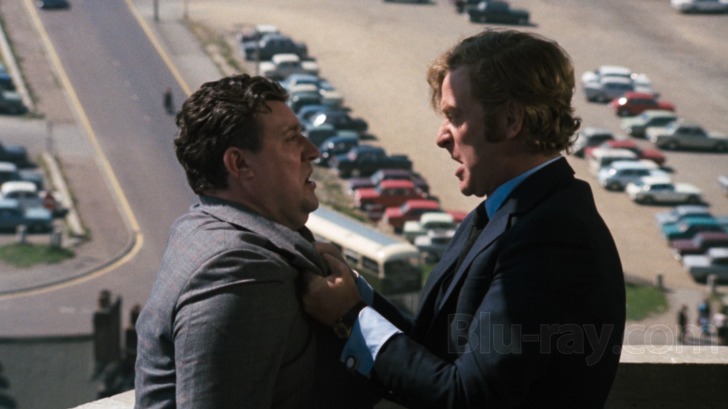 You're out of your depth 'ere Alfie, so get yourself back to the those cobbled streets of Corrie.

Working in London for a top gangster as part of his gang is Jack Carter (Caine). After some news of his brother’s death, he’s keen to head north to Newcastle to discover what actually happened. His current employer warns him that it might not be the best of ideas, considering how rough these particular northerners are, but Jack decides he has to go anyway.

His arrival causes somewhat of a stir, which is only agitated further with Jack poking his nose into what exactly happened to his brother, as he’s adamant that he wouldn’t have taken his own life as suggested.

This leads him to believe that it was foul play, and he’s determined to get to the bottom of it, no matter what the consequences are for either him, or those involved. 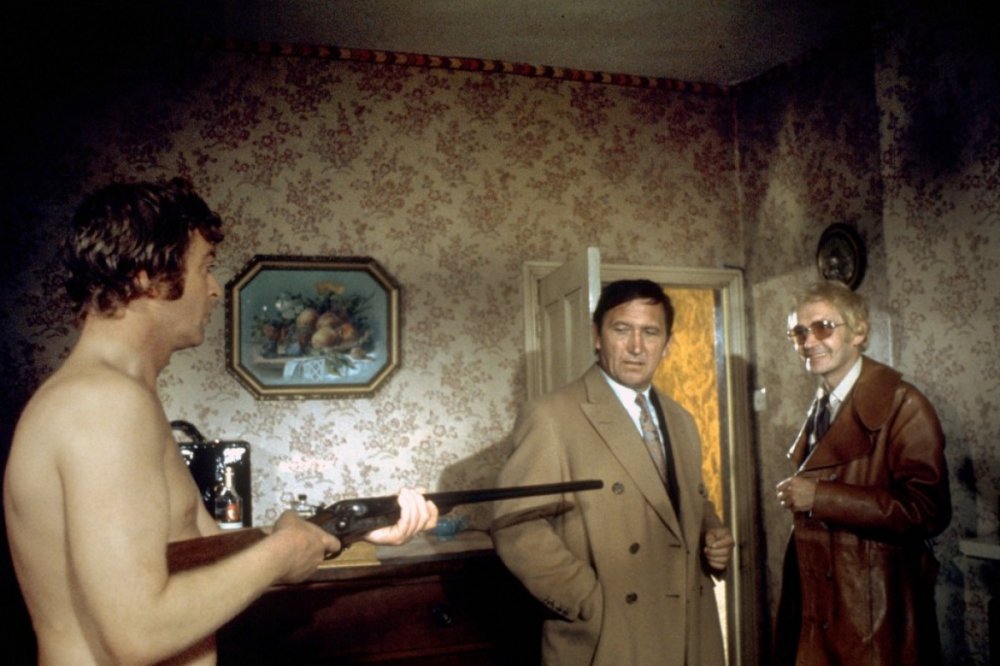 As you can see gentlemen, I wasn't expecting company, so if you could see yourselves out...

1971 in the UK was very different to how it is now. Thankfully. British director Mike Hodges’ film is somewhat of a curious time capsule of up north during this period. Newcastle doesn’t come across as being glamorous in any shape or form. The most notable example are the pubs featured; with the air full of cigarette smoke, and the wallpaper nicotine yellow from all the puffing patrons, they all come across as a great advert for drinking at home.

It’s a dingy milieu full of dingy characters. Caine’s Carter is the obvious exception, sporting the clothes of a hipster from London in the seventies, but everyone else is far from dressed to impressed. It’s certainly a fascinating insight into different times, and works well as an indicator as to how far we’ve come as a nation.

As a film specifically, it hasn’t dated all that well. Although Caine had positioned himself as a star by this point, as can be seen with his name before the opening credits, the acting style is somewhat on the chunky side, both wooden and stiff. It’s a style that was very much in vogue in British cinema at the time, that later found itself on TV in such crime dramas like The Sweeney.

One of the most fascinating aspects of the film is Carter himself; he’s not exactly likeable, particularly in his attitude towards women, much like the film’s itself, which is certainly of its time, and a little awkward by today’s standards. He is focused on the job at hand, and doesn’t care who he’ll step on to get to the truth.

Still, it’s a film that still deserves this 4K restoration for the big screen (as well as a home release later in July), as it’s a pertinent example of more mature material for an audience, with it still carrying its 18 certificate at the time, and a young actor well and truly finding his feet.

Not to mention that it has one of the coolest soundtracks of all time, superbly created by Roy Budd.

It may well be a difficult film to enjoy, albeit for all the wrong reasons, but it should be appreciated for still being a stand out piece of British cinema.