Get Me Out Of Here

Life for Matt Freeman isnt good. For starters, hes having serious girlfriend problems. He pops round to her place for a bite to eat and a chat, but things get way out of hand. 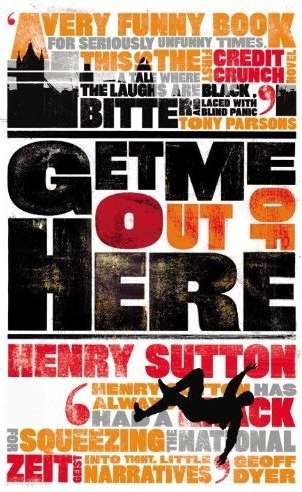 Then theres his work; hes continually bigging himself up to his friends and family, particularly about some huge deal he has going on with some North Koreans. And although his lies get him so far, they dont quite get him far enough.

And then theres attitude; apparently everyone has one, and they dont mind waving it about in his face. Theres only so much one man can take, and Matt has his nose right up to that point where most people snap.

With its metro-sexual protagonist obsessed with brand names, as well as his growing desire for violence, Suttons latest has more than a little déjà vu about it. The reason for this is thus: someone has already written this book. In 1991 Bret Easton Ellis wrote the controversial American Psycho. Sutton has essentially transposed that character to London and has written American Psycho Lite.

Unfortunately for Sutton, his Freeman is nowhere near in the same league as the likes of Patrick Bateman, on any scale. His biggest flaw is that he just isnt likeable. Rogues can have personalities too, but Freeman is just a tired, old nag. Hes a moaning Minnie without any redeeming features.

With that in mind, its difficult to care about any of the relationships he has with friends and family, all of which are highly superficial.

Then there are the times when his dark side is revealed. Sadly, Sutton cloaks the fact that Freeman may or may not be a serial killer so heavily, that it can leave the reader feeling that they really couldn't care less if he is or if he isnt.

Whats left is quite an empty experience. If youre going to write a book that echoes that of a modern classic, surely youve got to be confident enough to bring something new to the table? If Sutton had injected even just a modicum of his own arrogance  for thinking he could pull this off in the first place  into his character, Get Me Out of Here would have been a less irritating read.

As it stands, he merely treads in the footprints of greatness, wearing nothing but last years flip flops.