Hollywood is always keen to resurrect a franchise back from the dead. It benefits from a sense of nostalgia an audience may have, whose curiosity will lead them to the box office, therefore being as close to a sure thing as you can get for the studio.

With the beloved Ghostbusters franchise disappearing into the ether with the disappointing 1989 sequel – and the subsequent 2016 reboot - it was down to Jason Reitman, son of Ivan who directed both previous films, to dust down the Proton packs and make that call to you know who once again. 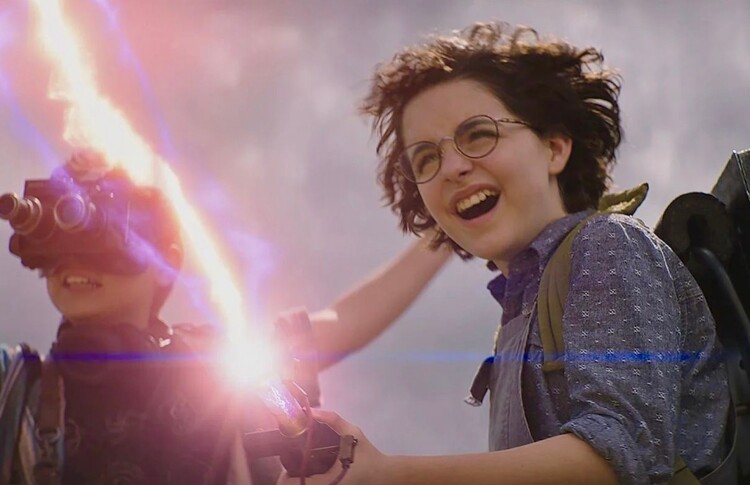 This new Wiimote is a real blast!!!

On their way to Summerville, Oklahoma are single mum Callie (Carrie Coon), and her two kids Trevor (Finn Wolfhard) and Phoebe (Mckenna Grace). They’re making the trip due to the death of Callie’s dad Egon (Harold Ramis), who died on his remote, ram-shackled farm. And due to their current struggles financially, it looks likely that the family will have to stay there.

Having just left Chicago, the town doesn’t hold much in the way of appeal for the two kids, not until, that is, Phoebe discovers that the farm is haunted, and that her grand-father may have been part of a group in New York who became famous for catching ghosts.

But as the family soon discover, the spectral occurrences aren’t just limited to their farm, as there seems to be a far greater, darker presence in the town, readying to introduce itself to the folk of Summersville. Although Phoebe is keen to take on the challenge, she’s likely to need help with ghostly confrontation ahead, but who is she going to call? 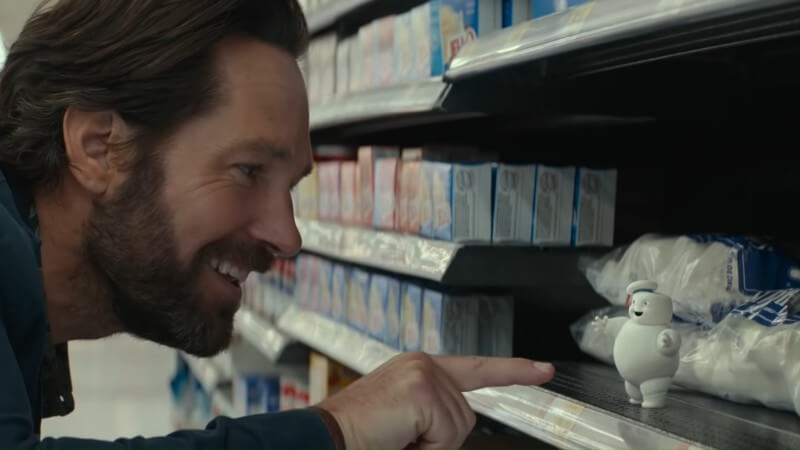 When they said you had a smaller part this time, I didn't think they meant this!

It seems only fitting that Jason Reitman should be the one to have a crack at breathing new life into this dormant franchise, considering his father’s affiliation with the franchise. And yet it often comes across that he’s attempting the impossible, in trying to please all of the fans all of the time.

There does feel as if there was a mandatory checklist that needed to met, no matter what: proton packs? Check. Ecto-1? Check. Stay Puft Marshmallow man? Check. Original cast members? Check. Although fan favourites, not only do some of these feel wedged in for the sake of it, it makes it difficult to develop the series with one foot constantly in the past.

Unfortunately for Reitman, his way of making it more contemporary doesn’t help either. If you want to attract a younger demographic, then using a young cast is a good way about it. After all, look at the success of Stranger Things. Reitman clearly did, but not only that, cast one of its young stars, Wolfhard, in his film. His main protagonist however is Phoebe, who is 12-years-old; although very scientific, she’s just too young to have the weight of such a successful franchise on her shoulders. There’s a huge gap from a bunch of overweight, middle-aged men in jumpsuits busting ghosts, to young children taking on the task. In doing so, Reitman inadvertently finds himself with a script that spookily resembles another franchise.

So stripping back the story, what there is of it, leaves you with this: a bunch of kids exploring an old abandoned mine, which just might have some ghostly goings-on happening within it. Sound familiar? What if you imagine that a talkative Great Dane with a penchant for snacks was involved? Yes indeed, it’s Scooby-Doo 101. No doubt the ghosts would have gotten away with it too if it wasn’t for those pesky kids. Considering Reitman, who comes across as a fairly creative type, this lack of originality is truly disappointing.

And there’s no getting away from it, a small town in Oklahoma just doesn’t feel right as the spiritual successor to NYC; it would make sense for ghosts maybe to hanker down there for some welcome R and R, but would they really waste their time in serious haunting business in the middle of nowhere?

With Reitman put in the difficult position of pleasing long-standing fans of the franchise, as well as driving in a new, fresh audience, his film sadly struggles with both. It’s a film seemingly caught between two realms, without a comfortable footing in either.

Ghostbusters: Afterlife is too much of a safe bet. It needed to be far more adventurous than this, less afraid to fail by being more creative and original. That’s to say that it isn’t all bad, and certainly has its moments, but the franchise clearly has more potential than this.

Despite his sterling efforts, Reitman hasn’t quite managed to bring this franchise back from the dead. So he’s proven here that he ain’t afraid of no ghosts, which is all well and good, but if he’s to go at it again, he needs to prove more importantly, that he’s isn’t afraid of taking risks too.