The top-down shooter. If you’re a certain age, meaning older than you’ll ever let on to your online gang, it’s kind of funny referring to a shooter as top down, as they all were back in the day. One of the greatest of all time was, without question, Ikari Warriors from 1986.

It was wholly inspired by Stallone’s Rambo series; so much so that the name itself comes from the title to the second in that franchise Rambo: First Blood, which in Japanese translates as Rambo: Ikari no Dasshutsu.

And although you can still see the influences of that game in God’s Trigger, it’s probably more Tarantino than Rambo, as bullets fly.

The end is nigh, but it doesn’t have to be that way. Not if Harry and Judy get their way. They’re an angel and demon double act, who with guns blazing, intend to knock down the Pearly Gates and put a stop to the impending apocalypse. If they don’t, well, ka-boooom! 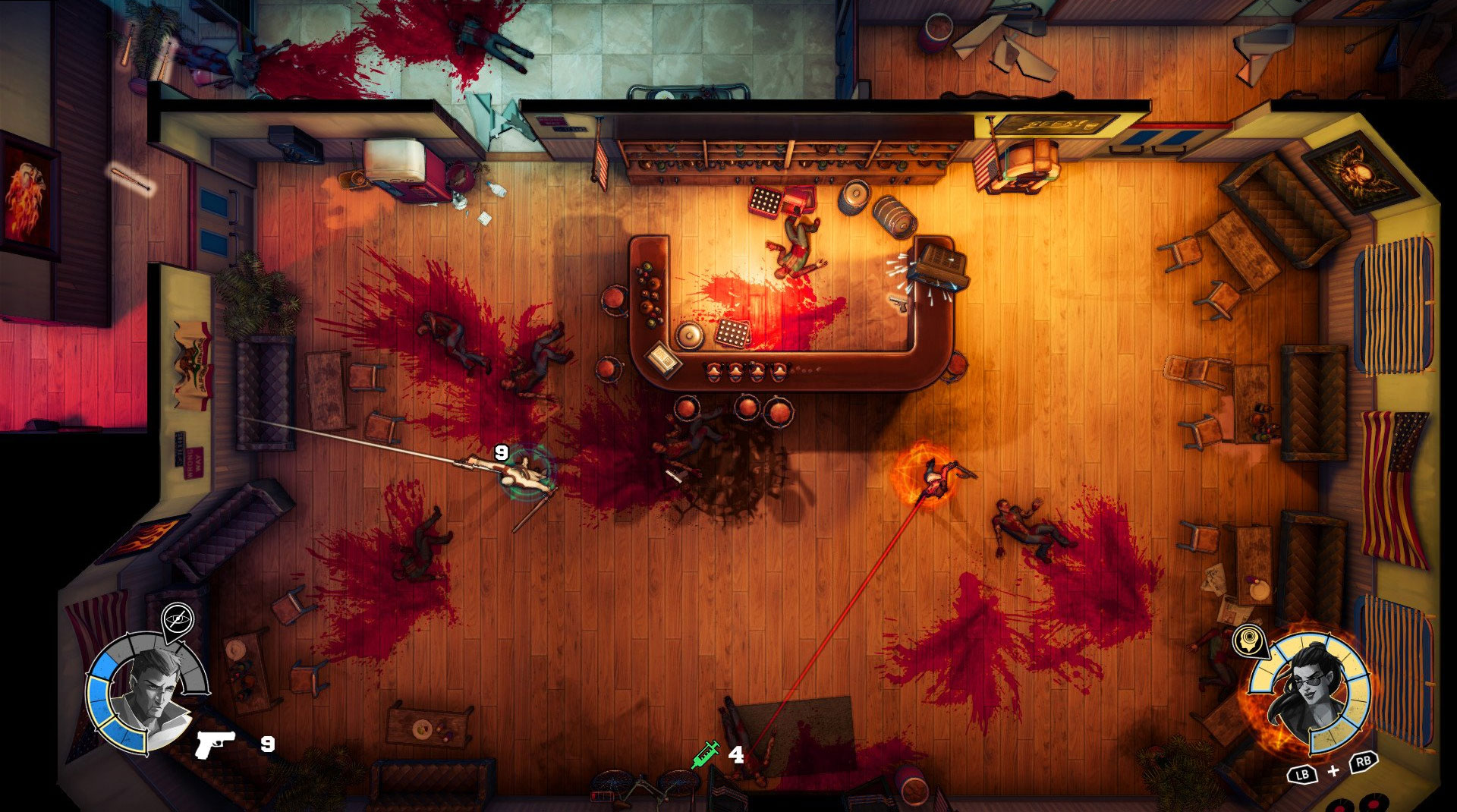 Two hotheads walk into a bar...oh, I think they've hear it already.

You play as either Harry or Judy, and as each has their own particular skill-set, you will need to switch back and forth throughout to progress.

A constant that you will immediately notice along your journey is that blood will be spilt, and sadly most of it will be yours. You will die, a lot, playing this game. And then you will die some more. And just when you think you’ve got a handle on it, oh did you hear that? That was the thud sound your head makes hitting the ground. The main reason for all this death is the fact that if you take one single bullet, you’re dead.

At the start, this can be a little disorientating, as whichever direction you go in, death is sure to follow. But what the game forces you to do is think more tactically. God’s Trigger is a game about patterns more than anything else. Enemies have a set routine, which you should learn; if you go in guns blazing you’ll just end up in a world of pain, time and again. Watch, learn, react. The fact is you’ll still end up dying, but with time, a lot less.

If you’re not used to top-down shooters, they can take a little getting used to. And as you have to use your noggin a little more here, there are more buttons you need to get your head around using.

It helps that the graphics themselves have some impact; its cell-shaded loveliness is certainly pleasing to the eye, particularly when there are glorious spatter stains everywhere.

There’s also something intriguing about playing as two players. Not only do they have their own abilities, they also only level up when you’re playing with them. This then means that if you’re primarily only playing as one character, the other is at risk of being fairly vulnerable down the line, so there’s a balancing act to also consider. 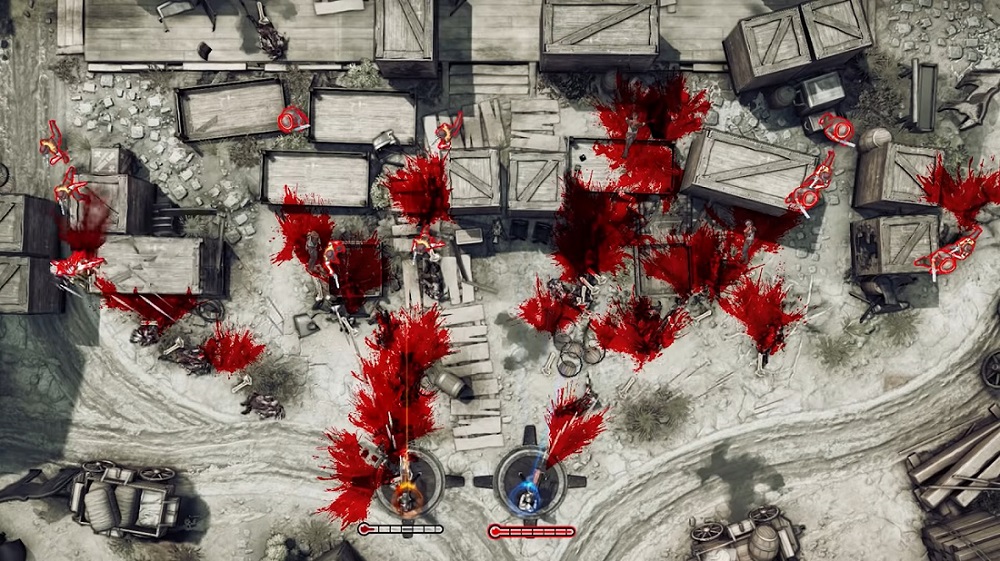 When Amazon failed to make the deliveries as promised, it was always going to end badly.

The only downside to it all – besides all the dying – is that the game has no natural rhythm. It’s difficult to get into any serious flow, unless you’re God’s gift to gaming that is, as there’s a stuttering to proceedings due to all the deaths.

Playing with someone else better than you may well help, so it’s just as well that there’s a co-op option available.

Due to the many chapters available, and yes, all the dying it entails, there’s a satisfying dip in and out quality to the game. And with so many titles, particularly those AAAs, that require you to drip feed several years of your life to playing in one session, it’s a relief to know you can enjoy a brief killing spree to keep the gaming blood flowing.

The fact that there’s a cerebral element to this title might put a few off, but it’s great that it offers something a little deeper than your standard run and shoot.

They say the devil’s in the detail, and there’s certainly a lot on show here.

This game is a brutal and bloody brawl from start to end; if you can stand the constant mayhem, buckets of blood - and did we mention the whole dying thing? – then God’s Trigger is certainly worth getting your grubby mitts on.