Godzilla: King of the Monsters

It’s difficult to imagine monsters being nothing but universally loved, but some monsters are championed by specific regions of the world. For instance, Japan has embraced the iconic Godzilla since 1954, with over 30 Japanese features under his considerable belt; whilst the US is currently championing the monster du jour Donald Trump.

The larger than life beast however, was borrowed recently by Hollywood, with this third US entry the direct sequel to 2014’s Godzilla, and sees the monster legend taking on all-comers. 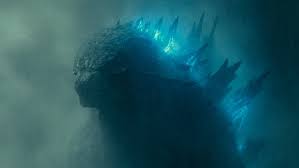 I think this fog filter will help keep my dating profile suitably vague.

It’s been five years since the monster known as Godzilla has reared its formidable head, and his silence has caused the organisation Monarch to move on with their studies. They’re now based at a secret base in China – so not so secret then – where another monster now has their interest – Mothra. Witnessing its birth, amongst others, are Dr Emma Russell (Vera Farmiga) and her daughter Madison (Millie Bobby Brown). Their excitement is curtailed somewhat however, when the base is raided by a militant group of eco terrorists who take the pair hostage and kill everyone else. In the interim, Mothra has the good sense to escape.

Head eco terrorist Alan Jonah (Charles Dance) has a simple plan: to release all the titans on the planet so that an eco balance can be established. It sounds like a nice idea until you realise that how that’s achieved is by having them destroy mankind as we know it.

Long term Monarch member Dr Ishiro Serizawa (Ken Watanabe) is keen for this not to happen, so recruits the help of Dr Mark Russell (Kyle Chandler); not only does he know a thing or two about these big beasties, Madison also happens to be his daughter, so he agrees to help.

But if they have any hope of tackling the immense task in front of them, they’re all too aware that they are going to need even more help – bigger help – actually, the biggest help of them all, Godzilla himself, if they’re to have any chance of saving the world. 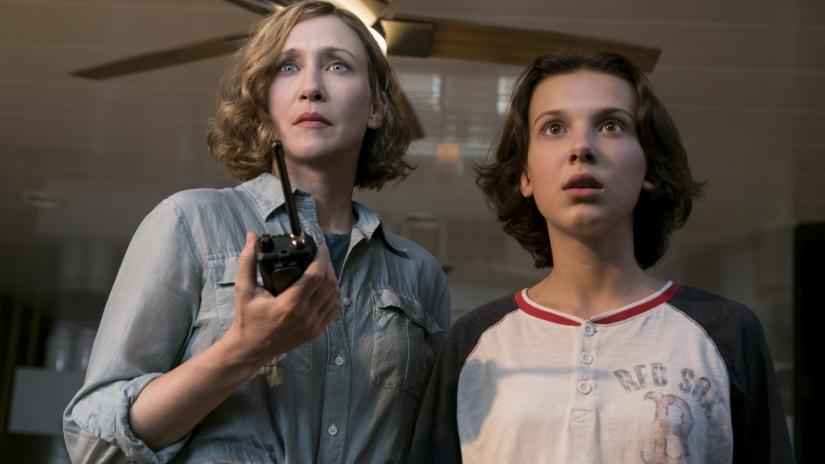 It's worse than I thought: I just radioed in to tell them to edit us out and they said it's too late!!!

There’s only one way to follow a Godzilla flick, and that’s to go XL. What better way than to increase the amount of monsters on show. It’s clearly a logical way to approach a sequel of this nature, and yet that has clearly gotten in the way of creativity.

With English director Gareth Edwards not returning after the decidedly average 2014 film, US director Michael Dougherty was signed up for monster duties this time around. A bold choice, considering he had only two B-movie horror titles on his director CV at this point, but one that ultimately did the feature few favours.

The title certain lives up to its name, with far more monsters making an appearance; the problem is, you can have them in any colour you like, as long as its dark charcoal grey. All the monsters seem to have gone to the same make-up artist as Godzilla, and they clearly don’t have a terribly broad colour palette. Sure, the monsters all look very different, but with their dark skin tones, they all look related, and therefore really rather dull.

Dougherty was obviously fully aware of this and did the only sensible thing to do, shoot the monsters mostly at night against dark backgrounds so they are barely visible. Talk about wasted opportunities.

The story takes a bit of a battering too. There are just too many scenes on a command deck, with characters looking up ant screens and wondering what to do next. To that end, there is very little interaction between humans and monsters. This deprives audiences of one of the main visual treats, and that’s of monsters destroying cities.

The film also manages to tease a forthcoming release, which is essentially all monster lovers want to see, with talk of the large giant gorilla that inhabits Skull Island. The prospect of which alone is far more enticing than this entire feature.

The director also manages to somehow make Godzilla look rather nonchalant throughout, with his mind on far more interesting matters, such as what he’s going to have from catering for his dinner.

Godzilla: King of Monsters is certainly big, just not terribly clever with it, and feels more like an average starter for the main event to come, next year’s Godzilla vs. Kong, which is clearly the monster mash-up everyone wants.

***Fancy winning a copy of this monster title? Then you should enter our competition, for your chance to win a copy on Blu-ray. Click here to enter.***