There’s a lot of value in nostalgia in gaming these days, with many old favourites getting make-overs to satiate an appetite for them.

One of the most anticipated is for a game first released in 1997, by British developers Rare. Since its release it has become one of the most fondly remembered, for being a true game-changer. The game was of course GoldenEye, for Nintendo’s newest console, the N64.

Twenty-five years on, this documentary looks into the history of the game, with insight from those that made it. 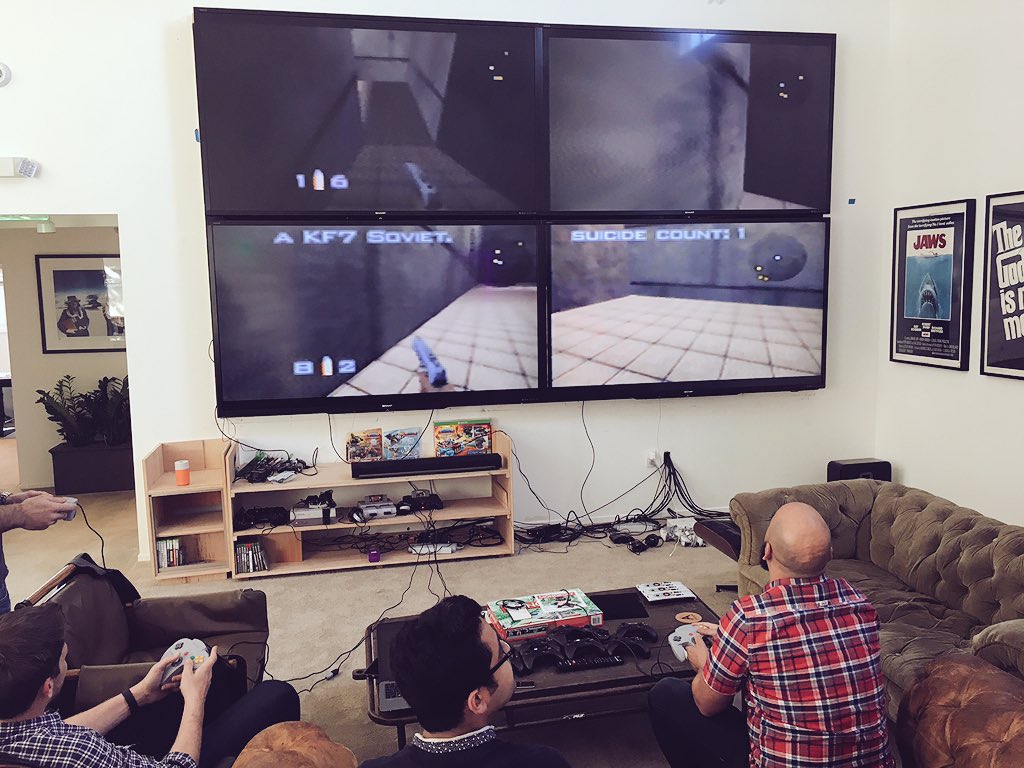 Because one screen is just never enough.

In 1985 brothers Tim and Chris Stamper founded the studio Rare. With titles such as Battletoads, Donkey Kong Country and Killer Instinct, they quickly established themselves as a studio for making quality games.

It was only right then that they came to buy the rights to the James Bond franchise, to make the game of the film GoldenEye starring Pierce Brosnan in his first outing as the British agent.

The team hired for the project were mostly straight out of university, with no experience making games whatsoever. It didn’t stop them though, as they went on to make one of the most loved games of all time. 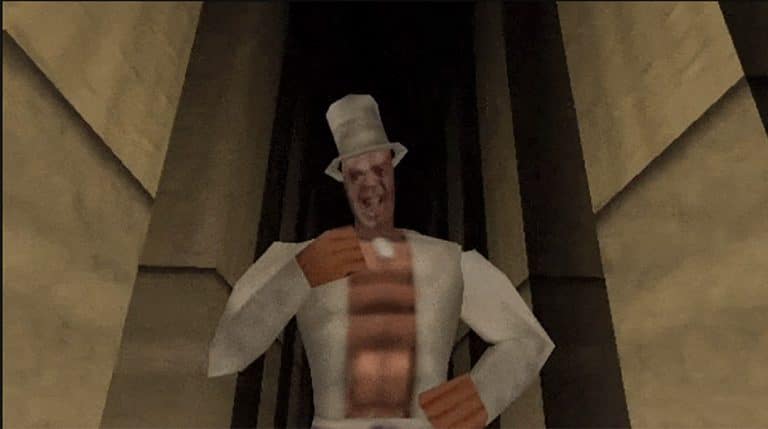 That's right bitches, drink me in!!!

Drew Roller’s film is an affectionate look back at not only how the game came about, but interviews with many of those who made it. It’s fair to say that many of the contributions or somewhat on the dry said, which is understandable seeing that most developers don’t get out much, usually holed up in darkened rooms for hours at a time to get the job done.

That said, there’s no denying the force that drives them all, that of a genuine passion for gaming, that is evident here. It’s also fascinating to hear those directly involved in the project, offering their views of what it was like to make the game, and the challenges that they faced.

It’s also interesting to learn that it wasn’t initially going to be a first-person shooter, as it was first designed as an on-the-rails shooter akin to Virtua Cop. And then there’s one special copy that exists that features a number of other Bonds in the game, which had to be dropped after licensing issues.

The biggest omission from the documentary however, is any contribution from The Stamper bros themselves; it’s not a huge loss, but it would have been interesting to feature their insight into the game.

The film could have also benefitted from the involvement of fans not involved directly with the industry, discussing the impact the game had on their lives. Still, there’s enough here from industry insiders, to hold your interest throughout.

It’s certainly one of those games that is highly revered; not only is it a rare (sic) example of a successful film-to-game franchise, but its multiplayer component was seen as revolutionary at the time. And anyone who can remember Slappers Only, will understand what we mean.

And with rumours still circulating that the re-mastered version of the game is finally going to rear its head from the scientific bunker after all its years in hiding, there’s no better time for a fond retrospective on what is truly a classic game.