The Good, The Bad, The Weird

For those in the know (mostly meaning us, and maybe one or two others) Korea is currently a real hotbed of talent as far as cinema is concerned. Theyre making the kind of films Hollywood wished it was making. So much so that its buying the rights to remake many of them; II Mare was remade into the damp Lake House, and this years The Uninvited is a remake of A Tale of Two Sisters directed by Ji-woon Kim, who also directed this. In fact, it wouldnt be surprising if Hollywood got its chequebook out for a remake of this too, as it outshines much of this summers so-called blockbusters.

The story is a simple one  three outlaws want to get their hands on a map that will lead them to treasure. None of them let anything get in the way of the prize  including each other. And thats pretty much it. But the beauty of this film is not the story, but the way its told.

Although set in the forties, because of the dusty landscape, it feels a little like a spaghetti western with a side order of Mad Max hoops. The director keeps the pace pacey, as all three treasure hunters make their way across a vast terrain every which way, as theyre chased by bandits and the army. 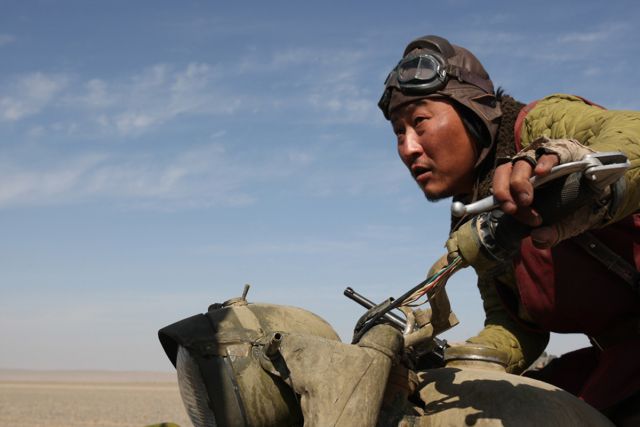 There's never a Mickey D's drive-thru when you really want one.

Its quite cartoonish in its execution too, with wonderfully elaborate set pieces. The gallery of rogues competing against each other are also all likeable in their own ways; they are cut from similar cloth, with only the films title separating them.

The only real problem is that the story could have been fleshed out a bit more. At times, particularly between the non-action scenes, it starts to feel a tad sluggish. Plus, the ending doesnt feel nearly as satisfying as it could have been. The only other disappointment is that the film wasnt released here with its Korean title intact - Joheunnom nabbeunnom isanghannom; just for the added entertainment value of those going into Blockbusters or Tescos and asking if they had it in stock.

If you want to give your noggin the night off though and simply soak up an exciting adventure romp, Joheunnom nabbeunnom isanghannom is definitely the way to go.