Considering the bickering that can take place between brothers, it's surprising how many can end up working together, especially in film. The most well known include the Coens, the Wachowskis (who are now possibly sisters), the Marvel-lous Russos, the Duffers and the Duplass bros.

Although you may not be familiar with the family name of Safdie, brothers Benny and Josh can certainly be added to that list, as the pair have helmed this intriguing project, starring Brit Robert Pattinson.

Feeling like their lives are in dire straits, brothers Connie (Pattinson) and Nick (Benny Safdie) decide to rob a bank. Actually Connie is the so-called brains behind the idea, as his brother suffers from a mental illness.

The attempt fails, as does Nick's effort to get away, getting caught as he does by the police, and sent to prison.

Feeling guilty for getting his brother into this particular pickle, Connie is keen to get him out. His bail, as you would expect, is pretty high, and obviously Connie doesn't have the cash, or he probably wouldn't be in this predicament in the first place.

Just as he persuades his friend Corey (Jennifer Jason Leigh) to cough up the necessary readies, Connie gets word that after a bad fight in prison, Nick is now in hospital. Sensing an opportunity to set him free, Connie seeks his brother out, but his actions don't quite go to plan. He soon finds his best intentions spiralling hideously out of control.

Since his Twilight days, Pattinson has avoided the mainstream like the plague and embraced indie filming, and this project is no exception.

Josh and Benny have created a gritty vision that feels like it belongs in a different time, perhaps the eighties indie film scene. You can imagine it being premiered at Sundance back in the day, and being a huge hit. 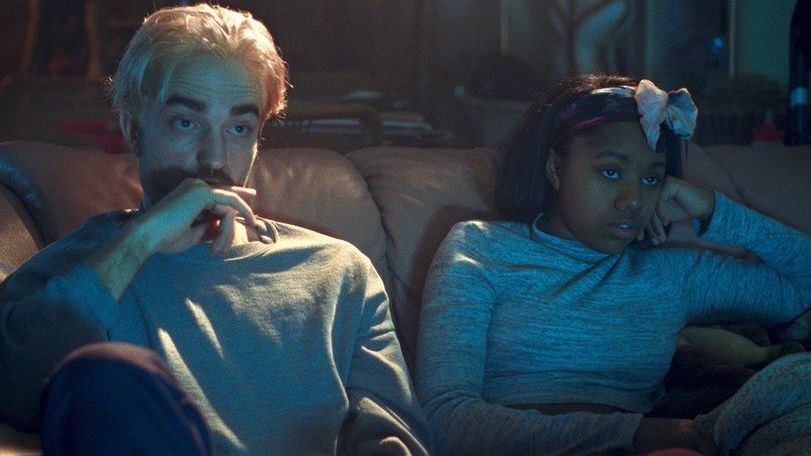 I remember Twilight being better than this. Maybe not.

One of the reasons that makes it so compelling is Pattinson; he gives a rough and ready performance, evoking a look that simply can't be second guessed. His character has a blinkered concern for his sibling, that prevents him from seeing the lack of common sense in his actions. Every decision he makes, only makes his situation worse, and the further down this misguided road he goes, the bigger the brick wall he continues to slam into.

It's also this unpredictable journey he ventures on that will keep audiences on their toes. It scuffles through the underbelly of society, darkly illuminating a world that mostly exists in the ignorance of those around it.

Good Time does feel like a student flick at heart, but with a smart sensibility. Brothers Benny and Josh have created a curious environment full of real characters who are truly absorbing. It's a fascinating watch, with Pattinson bravely parking his pretty boy image to deliver a performance with both bark and bite.

Consider this then a marker, highlighting the impressive arrival of the brothers Safdie on the sibling film scene, hopefully with the promise of more good times to come.