It’s getting to the point now that British director Michael Winterbottom has worked with Steve Coogan so often, he could be described as his muse. It would be quite fitting, particularly when you consider how much time the pair have spent recently working in Greece; not only did they film their latest European leg of The Trip there, but also this feature.

In it, Coogan plays a character who has made his money in the rag trade, and is about to celebrate his wealth and 60th birthday, with the mother of all parties. 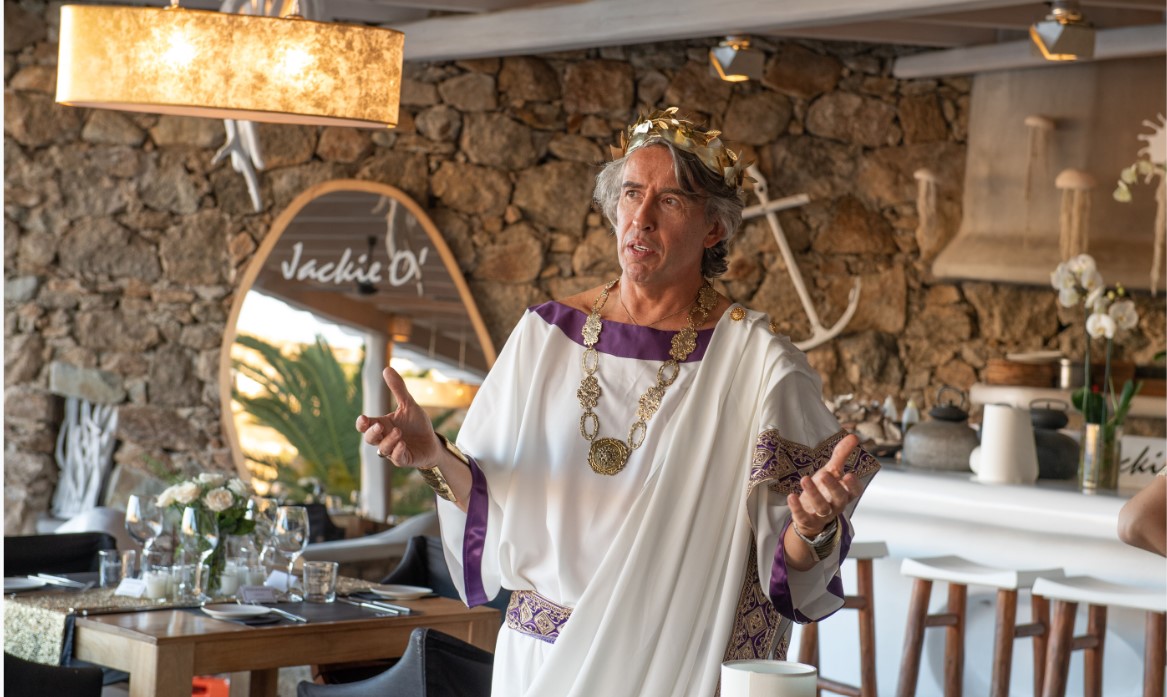 So tell me what you're wearing baby, is it something silky?

There’s a certain irony that billionaire Richard McCreadie (Coogan), known as ‘the king of the high street’, for making his fortune in clothing retail, is holding his 60th birthday bash on Mykonos, where the dress code is usually kept to a bare minimum.

Not only are all his family there, but he’s also keen to have as many celebrities attend, whatever the cost. Also tagging along is Nick (David Mitchell), who has been tasked with writing his biography; he’s already been sent here there and everywhere, interviewing friends and colleagues for colour for the book.

With Nick around to interview those close to Richard, he starts to get a picture of how he became the buisnessman he has become.

At the same time, his team are keen to deliver his wishes of the perfect party, which includes a themed fancy dress, the building of their own amphitheatre for the occasion, along with a real lion as part of the entertainment. All the elements are certainly in place for a party that no-one will ever forget. 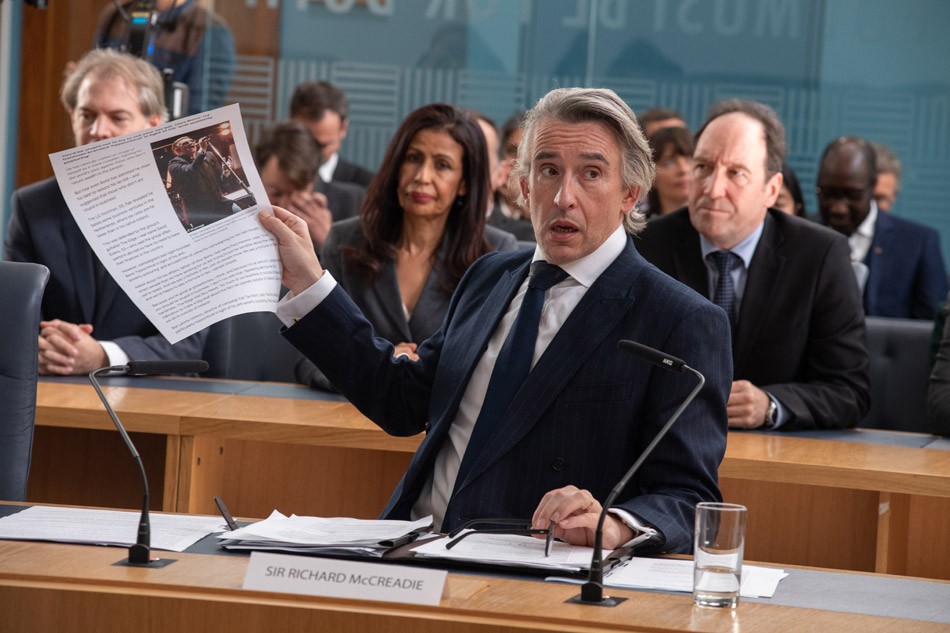 Since his mocking impersonation of his president, Alec Baldwin had to step up his personal security.

There’s a reason why Winterbottom has set his latest feature in Greece, as the locale adds to the sense of the Modern Greek tragedy that he desired. With Coogan playing the ruthless patriarch figure, heading a dysfunctional family, with members suffering from various traits including vanity and envy.

But just as Winterbottom is fairly playful with this scene, he also throws in his two Euros-worth regarding the awful practices of the fashion industry. It’s here that the narrative gets a little heavy-handed. Essentially the British director is keen to inform his audience of how the rich get richer at the expense of the poor. Now It’s not clear if Winterbottom considers this an exclusive exposé or not, but someone should tell him that it’s not a new statement.

It’s here where the script is at its clunkiest, when it attempts to be both humorous and informative. Even Coogan, who can usually be depended on, gives more of a caricature of a performance, with his character apparently loosely based on Topshop billionaire Philip Green. It’s not even the fact that his character McCreadie is unlikeable, it’s difficult to connect with any of the characters, even some of the les morally reprehensible ones, such as Mitchell’s character.

And as if Winterbottom’s film doesn’t attempt to tackle enough themes and issues, he then proceeds to throw the plight of refugees awkwardly into the mix, which however well-meaning, just comes across as patronising and cliched.

It’s clear that Winterbottom wanted to produce a satirical piece, but it’s all far too obvious and bland to come even close to being satire. And it’s certainly not helped by an ending that is not only telegraphed fairly early on in proceedings, but its mechanics resemble that of a really large square peg being shoved into a pinprick of a hole.

Perhaps it’s a film that simply suffers from being overly ambitious, as it tries to tick one too many boxes, but in doing so it comes across as somewhat gluttonous, biting off far more than it can possibly chew.

Maybe Winterbottom is simply burnt out from all his trips abroad with his chums, and therefore could benefit from putting his feet up at home for a bit and chilling out – if not for his sake, then at the very least for ours.