With the arrival of the new next generation, it's easy to forget that the last gen is still tootling along doing its thang.

If you're a fan of driving games and still own a 360 or PS3 that still actually works (our fat PS3 recently passed over to the other side, suffering as it did from a terminal case of YLOD), then you are in luck. If you have nothing other than a next gen console, then not so much.

Codemasters, one of the oldest British game studios on planet Earth, know a thing or two about driving games. They're the studio behind the likes of the Colin McRae Rally/Dirt, TOCA/Grid and the relative new F1 franchises. This then is the follow on to last year's Grid 2.

Having already dipped our accelerator toes onto the next-gen pedals of Forza Horizon and Mario Kart 8, we were curious how it would be to take this title for a spin on the 360. We have to confess, for the most part, it left us vexed. 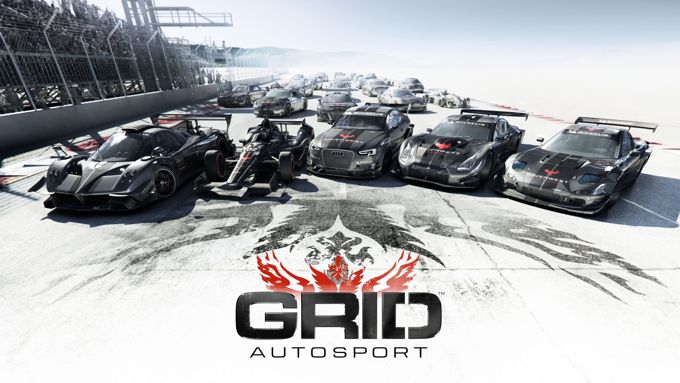 Just as we were looking forward to choosing the car we wanted to drive, we were soon left scratching our heads (and with one of the team suffering from incurable dandruff, it made quite a snow storm) when we discovered the following horrific fact: there was no choice to be made. It appears in this iteration of the game, you are given a choice of two sponsors to go with, and you get whatever car they happen to have for you to drive. That's right, a driving game that doesn't allow you to choose a car to drive. A bold move or just an incredible oversight? That's right, the latter.

We confess that despite loving the driving game genre, it doesn't always love us back. Quite often, when given the choice of which car to drive, we will always choose the most balanced. This usually ends up being some family car or other, but we don't care; put us in a sporting number and we'll be all off-road before you know it. So when we're given the option of only two cars, our palms dribble sweat. And with good reason with this game.

Just as we like to choose middle of the road cars, we tend to choose the medium difficultly setting  in fact, we tend to choose medium in everything, although we would even confess that on the clothes side of things, the results aren't always flattering  and this game was no different. And yet it was.

You know these days, for some inexplicable reason, a medium anything isn't necessarily that. For some reason, one clothing manufacture's medium, could actually be an extra large. We'll, we'd say that Grid Autosport's medium is more like a large. The way we quantify this is by the truly dreadful placing results we got whilst playing. Time after time. We thought that perhaps using the racing line would help. It didn't. In fact, our driving was worse, so we had to turn it off. We knew exactly what would help  the ability to choose our own goddamn car to drive  but that was sadly not an option.

What there are loads of options for are styles of racing: touring, endurance, open wheel, tuner, street and grid. Although commendable, this choice is redundant when you dont have the ability to choose and tune your own car to race them in. It's like being offered an all-you-can-eat buffet when you've got a gastric band in your belly.

Obviously each style of racing brings with it its own challenges. Street racing for instance, has very narrow streets to drive down, offering fewer chances to overtake. Not that we did much of that, mind. 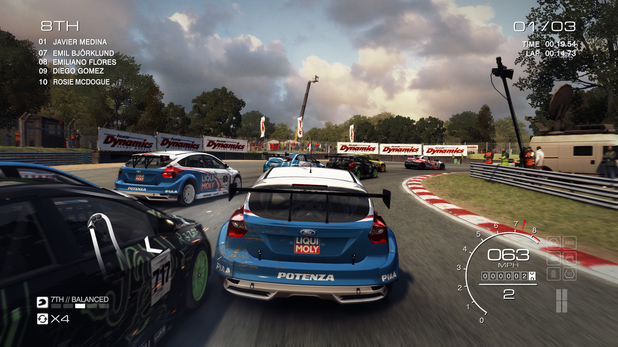 Somehow, with just one turn, the traffic on the M25 suddenly got a whole lot nippier.

What we were impressed with, to a point, was the ability to take damage. Knock into another car and you could find yourself losing a door. Unfortunately, we took more damage than usual, which eventually took its toll on the car we didn't really want to drive. At one point, on the last lap, our car took so much damage it completely lost the ability to turn, at all. Which is a fairly basic requirement. Hats off for the attention to detail, but really, this may be taking it a little too far.

It's such a disappointment when you consider how much Codemasters have put into the game; considering its last gen credentials, it looks just as good as, say, Forza Horizon. And despite our gripes, the handling wasn't atrocious, it just made us work harder than we really wanted to to try and compete.

When we finally put the controller down we had to concede that GRID Autosport just isn't for us. And that's no bad thing. If we want a driving game we actually enjoy playing, we'll go back to firing red shells in Mario Kart 8.

But for those who enjoy a challenge and are happy to put in the serious hours to make their way to the front of the GRID Autosport pack, then this is probably for you. Just don't expect to see lightweights like us in your rear-view mirror any time soon.