It’s difficult to imagine what the folk of Haddonfield, Illinois, see in living in their town, although we have a troubling neighbour who believes it’s ok to play music loudly in their garden – the horror of jazz of all things – so maybe Michael Myers isn’t so bad.

And despite all her fussing, Laurie Strode can’t be that bothered, even though Myers has been somewhat in her face over the years, she doesn’t appear to be troubled enough to, say, move to somewhere safer.

So much so that the pair reunite once again, seemingly for their very last showdown. 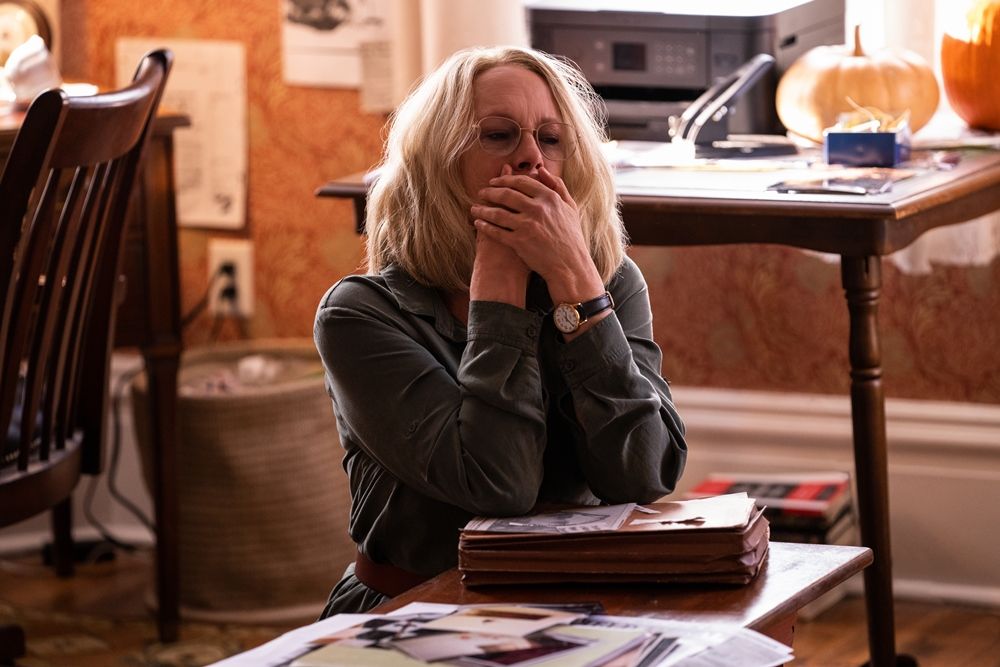 Oh for the love of all that's holy, why did I say yes to this?!

Trying to earn a little extra cash while he’s studying is Corey (Rohan Campbell), so he’s doing a bit of babysitting. Unfortunately, he doesn’t do the greatest of jobs, ‘accidently’ killing the young boy, putting an end to any further babysitting prospects pretty quickly.

A few years later, and Corey is still living in Haddonfield (as we’ve already established, it’s clearly a difficult place to leave). He ends up hanging out with a nurse, who just so happens to be Allyson (Andi Matichak), the granddaughter of Laurie Strodes (Jamie Lee Curtis).

Laurie seems perfectly at home in Haddonfield, so much so that she’s writing her gory memoirs there, with Allyson living with her. She gets concerned when Allyson brings Corey home however, as she sees recognises something in his eyes that she has seen before – evil.

Her instincts turn out to be spot on, as Corey appears to be on a dark path, one that leads him to an old acquaintance of Laurie’s, one who has a penchant for wearing masks... 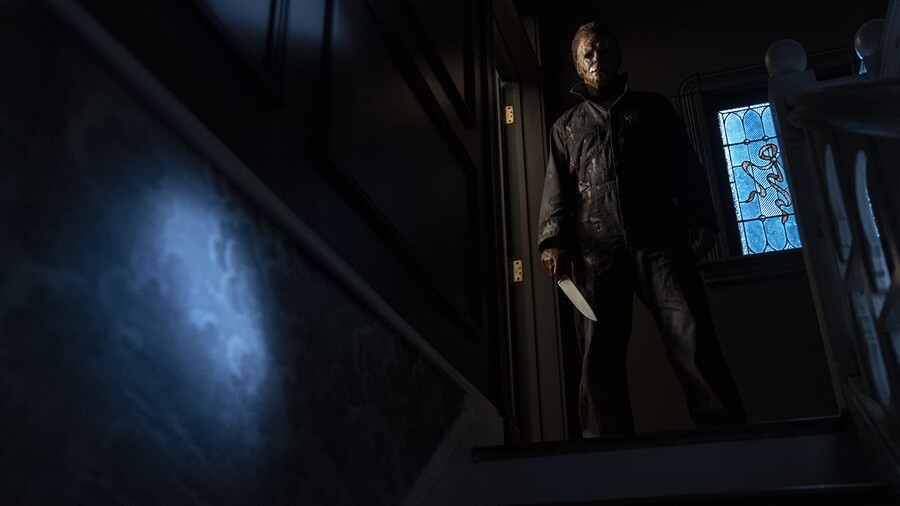 As you can see, it could do with a little upgrading, but its original features are simply to die for.

And so the final part to the recent trilogy of the long running franchise draws to a close, with what has to be a disappointing whimper.

This is one of those films that was completely unnecessary, as it does nothing by way of story development. The script is an awkward muddled mess, making very little in the way of sense. You can tell what the seed of the idea was, in what makes a monster, which is a good starting off point. But the execution is bitterly poor, branching out in all directions in the hope of developing into something, and utterly failing.

It then tries to knead in a love story, but it lacks any conviction or sense, and ends up taking up even more of your precious time as it already does.

What it does do is illustrate how difficult it is to get a good horror right, and God knows this rabble have tried hard enough to with this trilogy, but this is a spectacular car crash.

Even Myers himself looks positively embarrassed to be any part of this shambles, with a constant apologetic look in his eyes throughout.

It’s a shame because where it finds it feet is in some fun action scenes, particularly one set in a radio station, but by which point, it’s too little way too late.

And then you have Curtis, who has been synonymous with this franchise since its debut in 1978. She rattles around for the majority of the film like a spare part, not knowing where to fit in. She needs to be there for its finale, naturally, but it’s so tragically underwhelming that it’s almost an embarrassment to watch.

Despite the title, it’s highly unlikely that we have seen the end of Michael Myers, and on this evidence, this would be an unsatisfactory conclusion for a horror screen icon such that he is. He deserves better than this, quite frankly.