It was the end of 2001 when the gaming space got that little bit more competitive when Microsoft released their first gaming console – the Xbox.

Considering they were very much the new kids on the gaming block, competing with the likes of already established Sony and Nintendo systems, they racked up sales of 1.5 million in North America alone. Much of its success was down to one launch title, an original first-person shooter called Halo: Combat Evolved. The rest, as they say, is history.

The franchise has gone on to become one of Microsoft’s most successful, with Master Chief being the unofficial mascot for the Xbox. 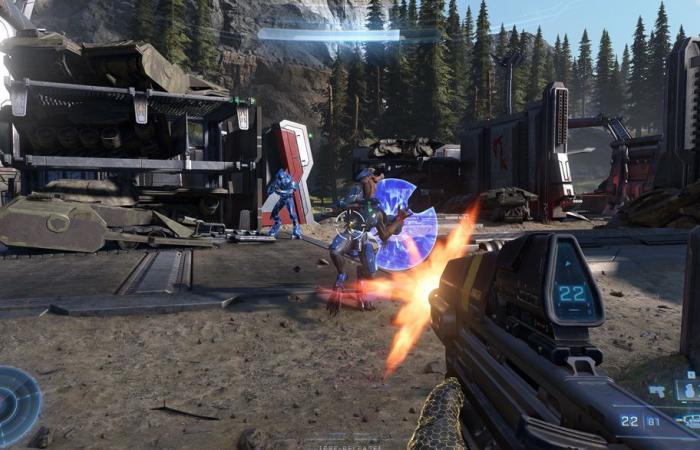 I can't believe you left my scarf on the plane, don't let it out of your sights!

It’s no surprise then that when the Xbox Series X/S and consoles were readying for launch, a new Halo game was expected to launch alongside it. But it didn’t happen, leading to one of the most disappointing console launches that Microsoft had seen. To be fair, a global pandemic did get in the way, making it difficult for just about everyone to carry on normally.

The announcement of its delay by game developers 343 Industries in August 2020, although disappointing, at least meant that they were given extra time to polish the game, which, from early footage that was released that was met with widespread concern, would be most welcome.

And now it’s here. Sort of.

First released was the multiplayer, which has always been a fan favourite. But, for the first time in the series, the multiplayer was released as a free-to-play service, which meant that it could be downloaded and played for free, without any connection to the yet-to-be released campaign.

Clearly Microsoft are keen to follow the kind of model that the likes of Fortnite and Player Unknown subscribe to, that are free to play but make a fortune in micro-transactions, battle passes etc.

And then, the campaign arrived. Unlike the multiplayer however, the campaign had to be paid for, either retail – currently on Amazon for £54.99 – or through Game Pass, which saw it release on day one. And no it isn’t free, unless you don’t pay for your Game Pass that is.

But even the campaign was a little light, with no sign of the popular co-op mode, which has been promised at a later date.

So with such a staggered and stumbling release, what is Halo Infinite’s campaign like?

Average. In all honesty, no more than that. 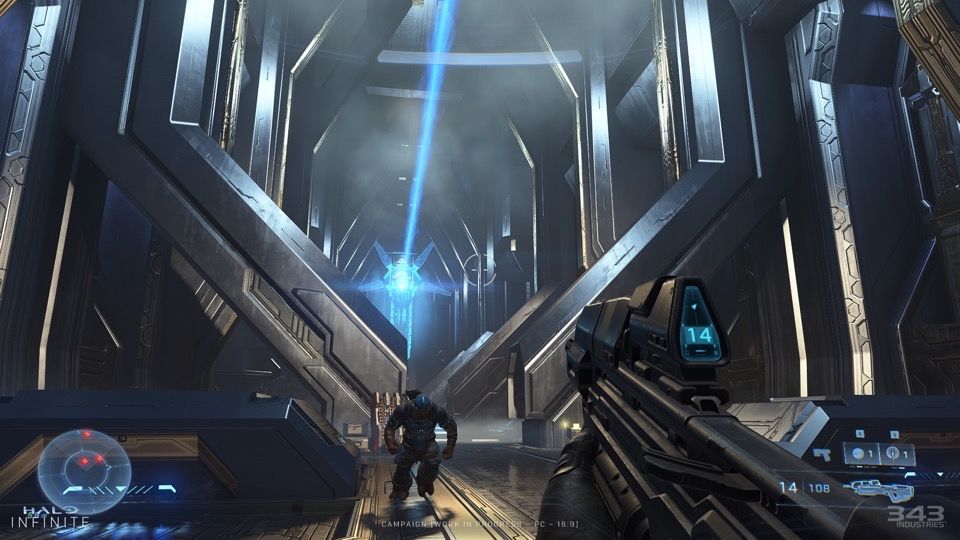 Erm, I'm fairly sure we took a wrong turn somewhere...

You play as Master Chief – surprise surprise - on a hostile planet, out to stop the Banished from taking over the world. And that’s pretty much all you need to know. There will no doubt be those who are attached to the Halo lore will probably get a little more out of it, but let’s face it, it isn’t Dostoevsky.

The developers have changed it up a little, and really it is only a little, by introducing an open world to the series. This gives you more freedom to explore what is a fairy generic and bland world. In fact, it’s not a million miles away from that of the original game, with the exterior featuring a lot of trees and the interiors a whole lot of corridors.

As with most open world games today, you are expected to visit certain areas, such as the game’s version of outposts, and liberate them. And so on and so forth. Not exactly original then.

Master Chief is given a new gadget however, a grappling hook, that will be familiar to anyone who has played a Zelda or a Just Cause game, and becoming more and more standard issue, as we can see here.

So you have the main story to focus on and a number of different sub missions to tackle when you so wish. It may well be a first for Master Chief, but it’s truly well trodden ground for us gamers by now.

It’s made even more disappointing by the fact the world is so bland; there are no variations in weather or landscape, so everywhere outside looks exactly the same – green and grey.

At least combat is satisfying, with a large array of weapons to pick up and use, and you will be picking them up a lot, as they tend to run out of ammo very quickly. So much so, that there may be times when you’ve run out of ammo with both weapons, with no default handgun available to get you out of trouble, facing multiple enemies with nothing but your winning smile.

There are gadgets available too, like a shield and an enemy detector, but to be honest, they’re not worth the trouble accessing them through fiddly D-pad combos, and chances are you’ll just rely on the grappling hook, as we did.

One of the game’s very few highlights are its enemies; some of the dialogue they have are some of the most entertaining to be found in a video game in years. A Shout out should also go out its music score, which has an epic quality, particularly if you listen through headphones or a decent home cinema system.

It could be argued that we’re being a tad harsh on this game, especially when you consider that, truth be told, Halo as a franchise has never really impressed us. But this game has been in develop for so long, so the developers have had plenty of time to get it right, and they haven’t. This is a franchise that was supposed to be out at launch with the Xbox Series X/S, and therefore showcase the ability of next gen consoles. Even with the delay this game has had, it looks and feels like a title for the latter stages of the last generation, offering nothing special.

It’s also a concern that its modular release has just been accepted. Perhaps that’s the way of the future, but if that’s the case, the future looks pretty grim. Call us old fashioned, but we’re kind of partial to a game being intact on release; fancy some multiplayer, no problem, then dip into the campaign mode either solo or in co-op with a friend. It’s all there. Although in this case it clearly isn’t.

We have of course dipped our toe into its multiplayer waters and found it to be a solid, entertaining experience, only let down by an awful levelling up system. But of course the multiplayer isn’t part of the retail package, only this lacklustre campaign, which is by no means currently worth the price tag it’s going for.

The game’s title suggests that there’s more to come for this game, and quite frankly, there needs to be. But right now, Master Chief must consider this outing a fall from grace, particularly as a system mascot, as there’s nothing here to be proud of.

Halo Infinite is an adequate release, no more than that. And considering how long it has been in development, and the prestige the franchise once held, that’s nowhere near good enough.