It’s been five years since Austrian director Michael Haneke last released a film – 2012’s Amour - so it sadly looks like he’s slowing down his cinematic output. Let’s face it though, at the grand age of 75, he’s allowed to.

And although Happy End couldn’t be considered his best work, Haneke is still keen to poke around at the underbelly of civilised society and make audiences squirm. 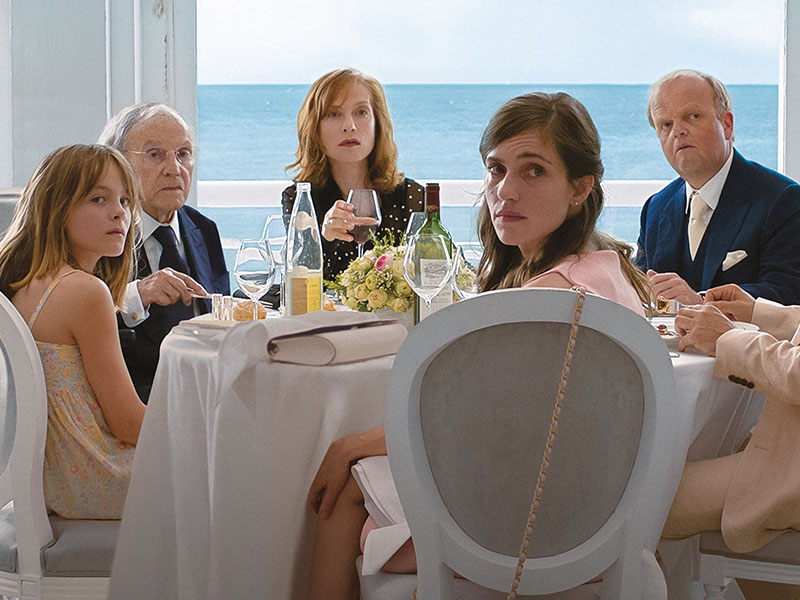 Erm, we won't be having what she's having.

Poor Eve (Fantine Harduin); after her mother taking an overdose of pills, the 12-year-old is sent to the family home, to live with her father Thomas (Mathieu Kassovitz) – who is now re-married and has a new baby – her aunt Anne (Isabelle Huppert), and her ailing grandfather Georges (Jean-Louis Trintignant).

She’s not too cut up about her mother’s condition however, seeing as she was the one who slipped her the pills.

The family have other concerns. Their company is in serious trouble when a worker is involved in an accident on site, and Georges has, quite frankly, had enough, and is keen to embrace death as soon as he can and create his own happy end. 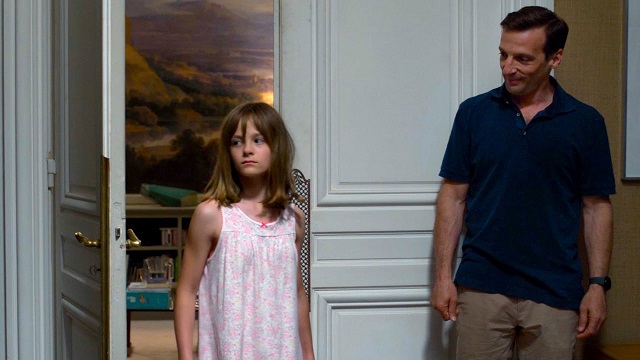 They ran out of Disney princess beds, so I got you the Thor one instead. You like?

As you would expect, the subject matter of a quietly disintegrating wealthy family is Haneke’s croissant and butter. He takes the seemingly banal elements of their everyday existence, only to highlight a darkness that seeps through them all.

Where this film differs from many of his past efforts, is in the disjointed narrative, removing important scenes in the lives of the family, forcing the audience to fill in the blanks. This leaves audiences having to do too much of the heavy lifting, which always feels like to much of a chore.

There’s still darkness here of course, but it is more subtle, and not quite as deliciously disturbing as it has been in his previous work.

It may contain many of his themes, which are always worth exploring, yet Happy End lacks that killer punch that Haneke has so often delivered in the past.