Nature is a marvellous thing, what with the wind and trees and that. And not forgetting birds, with their beaks and feathers, and tiny little claws. And their creative way to give birth; their young all pre gift wrapped up in a protective shell, to no doubt cut down on all that unnecessary mess.

This Finnish horror takes this original concept of birth, and gives it a Kinder twist, in that you never know what you’re getting when that egg breaks open. 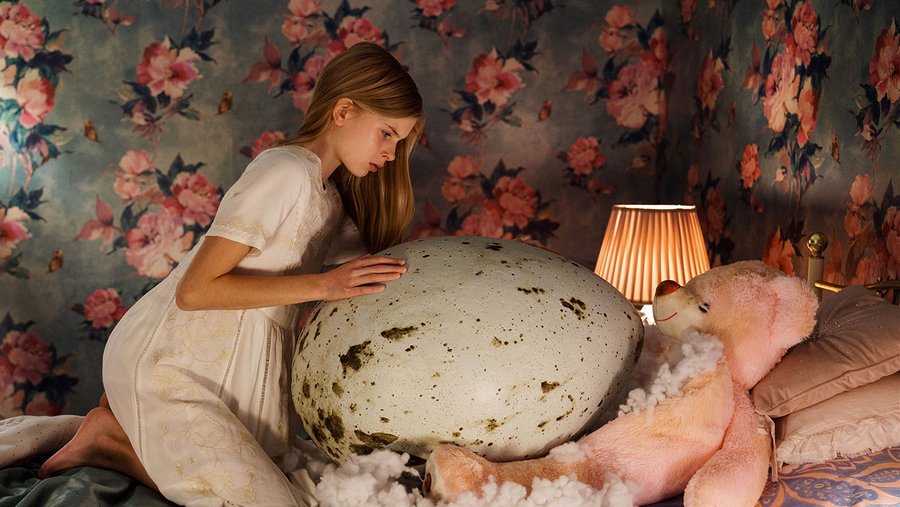 These XXL Kinder eggs have kinda gotten out of hand.

Living in what is seemingly an idyllic home in Finland is young Tinja (Siiri Solalinna); her home is styled and decorated in such a fashion that it wouldn’t look out of place in a lifestyle magazine, which is no doubt the look her mother (Sophia Heikkilä) is going for, considering her obsession with posting family content to her blog.

After hearing a wounded animal in the woods, which her mother may have something to do with, Tinja goes off and investigates, and on her travels she discovers an egg. Seeing that it looks abandoned, she decides to take it home and place it under her pillow to keep it safe.

The egg appears to respond to the warmth and comfort of the pillow and actually grows larger, until one day it hatches. The creature inside takes Tinja by surprise however, being bird-like in shape, so decides to keep it a secret, and do her best to look after it.

It’s not long before she realises that this creature is not exactly household pet material, and she may be taking on far more responsibility than she can possibly manage. 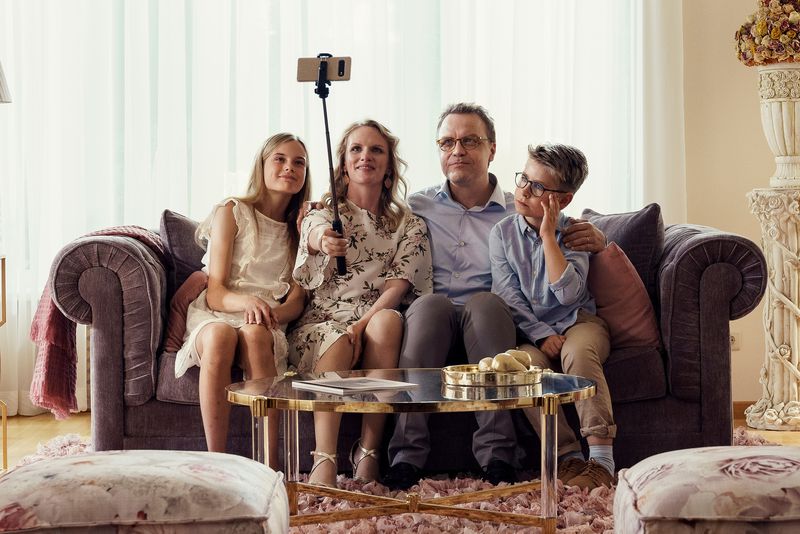 All I want to do is play Fortnite, sigh...

Hanna Bergholm’s directorial debut is impressive on many fronts. For one, it’s story, which she also wrote, has a fairy tale quality with a dark twist; it features a young 12-year-old girl and her growing disconnect with her mother, who has more pressing interests, who develops a bond of her own with a creature that she’s in effect given birth to.

It’s a curious creature too, looking like a mix between Mr Burns and Golem, and is ugly as it sounds.

She is so enwrapped in her own life however, she has no time for others, including her growing daughter. The creature then, is a substitute for mommy, something she wants to develop a relationship with, the kind that’s missing between herself and her mother. Turns out, it’s just as much a monster as her mother is. Go figure.

Bergholm also does well with the cinematic look of the film, with the family home having an almost dollhouse feel about it.

Even the creature effects are effective, considering they didn’t have a Hollywood blockbuster budget or access to ILM. It does look like an evil muppet from time to time, but there’s nothing wrong with that.

So the tone is suitably dark, and Bergholm’s story is pleasingly original, showing an impressive assuredness with this credible horror debut.