Just like some monsters, there are some franchises that never want to die. With the character himself only created in 1993 in graphic novel form, its film franchise is both relatively new and limited, with this reboot only the third in the series to see the cold light of day. 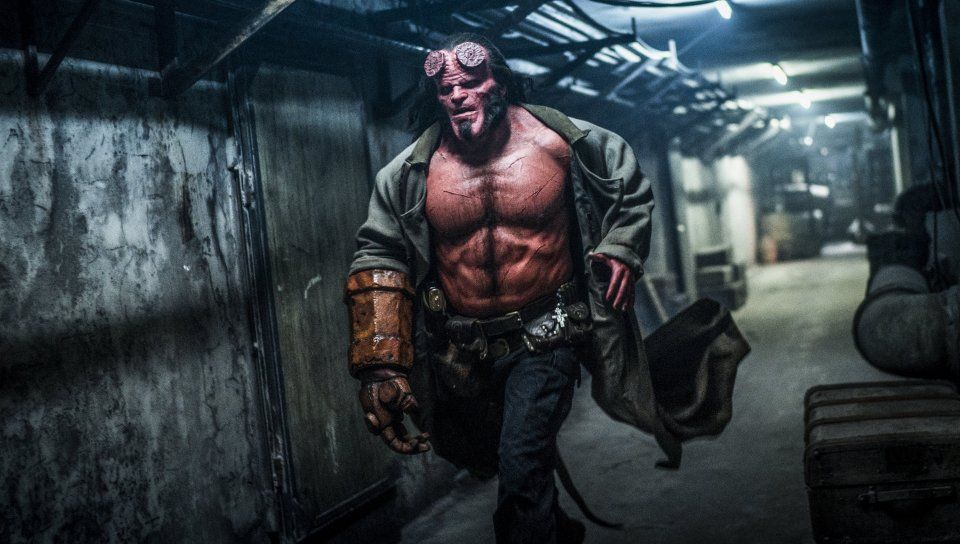 Sorry guys but the number 18 bus doesn't hang around for anyone!

After popping into Mexico to sort out a problem in the wrestling ring, Hellboy (Harbour) is recalled by his old man Professor Broom (Ian McShane) back at HQ. They’ve received word that there’s trouble brewing in the UK, where a secret club appear to have an issue with giants. Broom believes that Hellboy is the best man for the job, and decides to send him to England to resolve the issue.

Once on site, Hellboy soon realises the situation is more fluid than first thought, and far more dangerous, as the evil witch Nimue (Milla Jovovich), disembodied over a thousand years ago, is planning a comeback that will make everyone sit up and take notice. 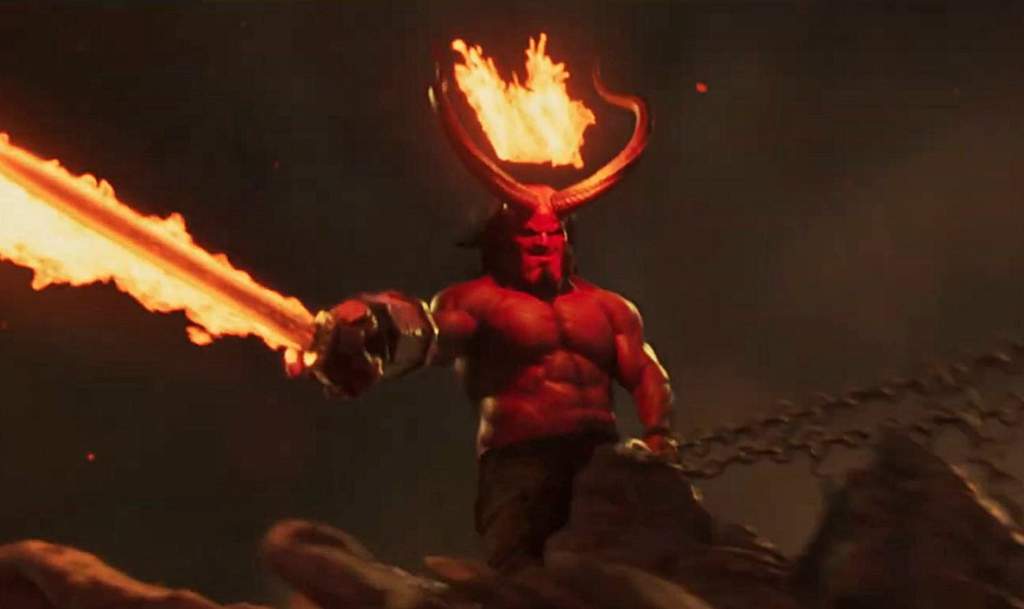 Now this Halloween outfit is gonna take some beating.

As a character, you can see the appeal that film-makers have for Hellboy. He is a bold, distinctive character, who certainly looks good on film, as he does here. The problem is, what to do with him. The answer here, unfortunately is, too much.

British director Neil Marshall shows a real fondness for the character, but expects far too much of him in this muddled mess of a film. The plot is busier than a producer in the MCU, mixing myths and legends like an amateur mixologist during Happy Hour. The only surprise is that the Easter bunny doesn’t make a special guest appearance, but maybe they’re saving that for a sequel, which on this evidence may be a long wait.

It’s undoubtedly imaginative - and although there are a number of nice lines it desperately needed more - but when you throw everything in, including the proverbial kitchen sink, at an early stage, it soon becomes disjointed and overwhelming.

With such an iconic look, Hellboy probably deserved a second chance to show off his demonic wears, but this shouldn’t have been it. In a way it’s a marvellous mess to behold, a feature length showreel of what could have been, but by the end it takes its toll, and it may now be some time before he can don his trademark raincoat again for some hellish behaviour.