Sitting, transfixed by what you’re witnessing, your grip tightening, and chills dancing up and down your spine. No, you’re not watching an Adam Sandler flick, it’s more of a bone fide horror experience on the big screen.

When filmmakers get that heady recipe right, there’s no filmic sensation quite like it. When they get it wrong, you get Hereditary. 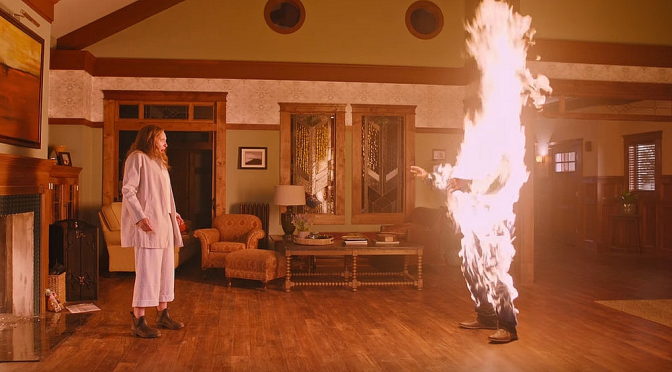 Oh Bob, you weren't kidding, you really are burning up.

Despite the fact that she didn’t get on with her mother particularly well, Annie (Toni Collette) still finds herself going through the grieving process. So much so, that she even seeks out counselling for it.

The rest of her family, on the surface at least, appear to be dealing with it better.

But when a further family tragedy strikes, Anna and her family find themselves at the centre of inexplicable events. 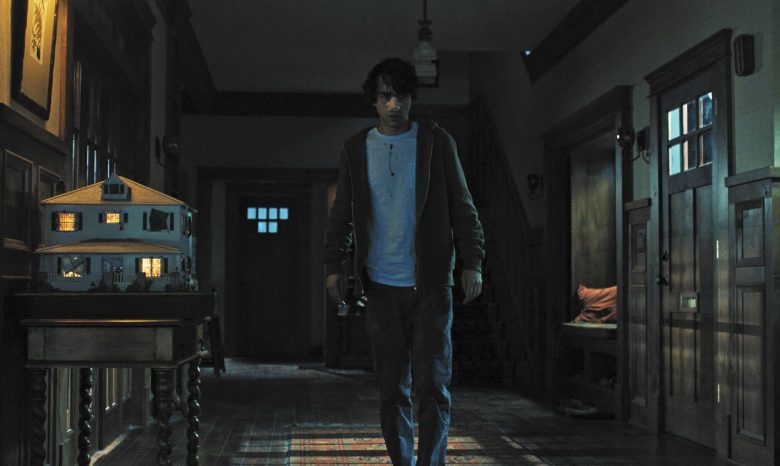 Looks like Mr Á Mrs Mouse have turned in for the night.

It’s difficult to express how very disappointing this film is. It’s like expecting a birthday party at Mickey D’s, with all your friends there all with fab presents, only to be taken round to your nan’s to have a lame Victoria sponge and a sloppy kiss on the cheek instead. It’s just not what you want.

On the surface, hereditary seemingly ticks all the ghoulish boxes for a decent horror. It has a good cast, decent cinematography and a chilling atmosphere. Unfortunately it has a plot that’s about as scary as Toy Story.

It’s director Ari Aster’s first film, which he also wrote, and boy does it show. The initial problem is the characters, with each of them as weird as each other. For example, Annie is a miniaturist artist, who creates small scenarios out of real life. It’s a visual device, nothing more, lending nothing to the overall tone of the film.

So not only do the family come across as a modern day Addams family – although nowhere near as enjoyable to watch, they also have a massive disconnect with one another. If they didn’t actually live together, you wouldn’t necessarily believe they were related.

It’s because of this disconnect that the film suffers its greatest problem: characters you just don’t care about. You need someone to root for in some way, to hope that maybe they’ll live to tell the tale somehow, and if they do, appreciate the fact they survived. When you’re pining for an entire family to get wiped out in the first act – in the most grizzly way imaginable – then you know you’re in trouble.

And then you have the story. It’s just plain ridiculous. In trying to be unconventional, it just becomes a snore fest, offering nothing remotely resembling a thrill or scare. And shrill laughter from bizarre scenes isn’t a positive reaction.

If last year’s Get Out can be considered a comedy, then Hereditary must surely be judged an all out farce. The unintentional hysteria it may bring on, from truly absurd scenes, displaces any attempt of genuinely shocking its audience.

It may well be a well-meaning allegory for mental health issues, but if that were the case, it fails dismally.

The only thing truly frightening about Hereditary is the horrific thought of having to sit through it again.