For a film that centres around marital abuse, Kevin McCloud – yes he of Grand Designs fame – seems a peculiar source of inspiration, but that’s exactly what he is here, as this film follows a mother who wants more for herself and her two young daughters, and is prepared to get her hands dirty to achieve it. 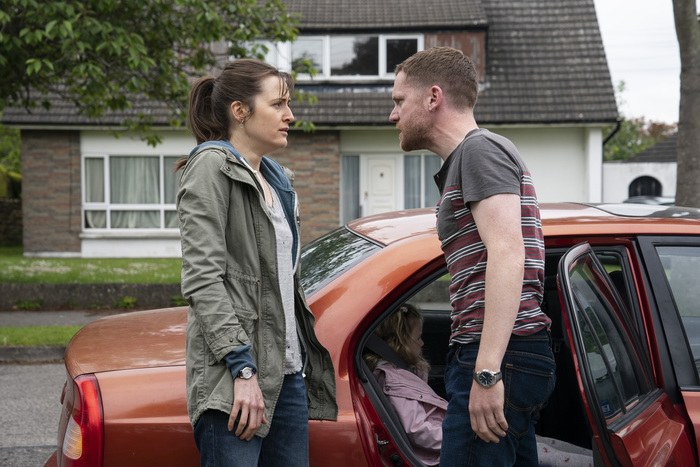 Oh we had a great time, she said that I wasn't her real daddy. Care to explain?!

After being physically attacked by her husband one too many times, Sandra (Clare Dunne) finally summons up the courage to leave him, not only for her own sake, but that of her two daughters Emma (Ruby Rose O’Hara) and Molly (Molly McCann).

As a result she ends up in the mess that is the housing system, way at the back of the queue, which sees them being put in not-so-temporary accommodation.

Despite working a number of jobs, including being a cleaner for Peggy (Harriet Walter), a doctor with health issues of her own, Sandra can’t see her circumstances changing anytime soon.

And then she sees a video on YouTube that gets her thinking; it's of a man who managed to build an adequate home for as little as €35,000. Although a substantial amount, she believes it’s doable, especially when she is given the opportunity of not only being loaned the money, but also given land to build it on.

It feels like for the first time that she has control over her life, and that of her family’s, as a small number of the community come together to help realise her dream. But as free as she starts to feel, the ties with her husband manage to pull her back to earth with a bang, proving that there’s no escaping her reality just yet. 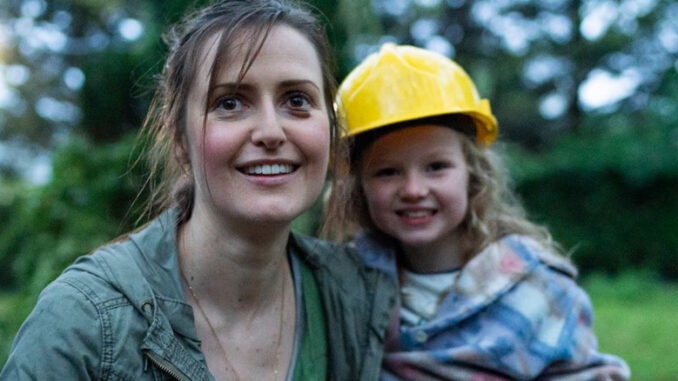 It's amazing what you can build with Lego.

It’s been a while since British director Phyllida Lloyd has been behind the camera, eleven years in fact, since The Iron Lady with Meryl Streep was released. This then is the perfect, smaller project to ease back into it.

It’s a film that follows the transformation of its lead from victim to an empowered figure; it has echoes of the barn-building sequence from the classic Witness, but instead of John Book going all Amish as he saws some planks of wood, we find Sandra down the local builders merchants picking up supplies. Not quite as cinematic, but it gets the job done.

Although the script contains issues around physical abuse, the film as a whole feels relatively safe. It’s certainly not anywhere near Ken Loach territory, making it a little too soft around the edges. The performances are solid though, especially from Dunne, who also co-wrote the script, and the young actors playing her daughters who are exceptional throughout.

Herself is a wonderfully uplifting tale, it’s just a shame it doesn’t build on the drama it introduces early on, making for a more substantial and impressive personal project.