1986 was a pretty good year for film, with a solid top ten of box office hits including Ferris Bueller’s Day Off, Aliens, Platoon, and taking the number one spot, Top Gun.

Another release saw a young Christopher Lambert, who had previously starred in Greystoke: The Legend of Tarzan, and impressed in Luc Besson’s Subway, take the leading role in the epic fantasy adventure Highlander.

It was far from a box office hit at the time however, only making back just over $12 million of its $19 million budget. But just like its protagonist, all it took was time to make a lasting impression. 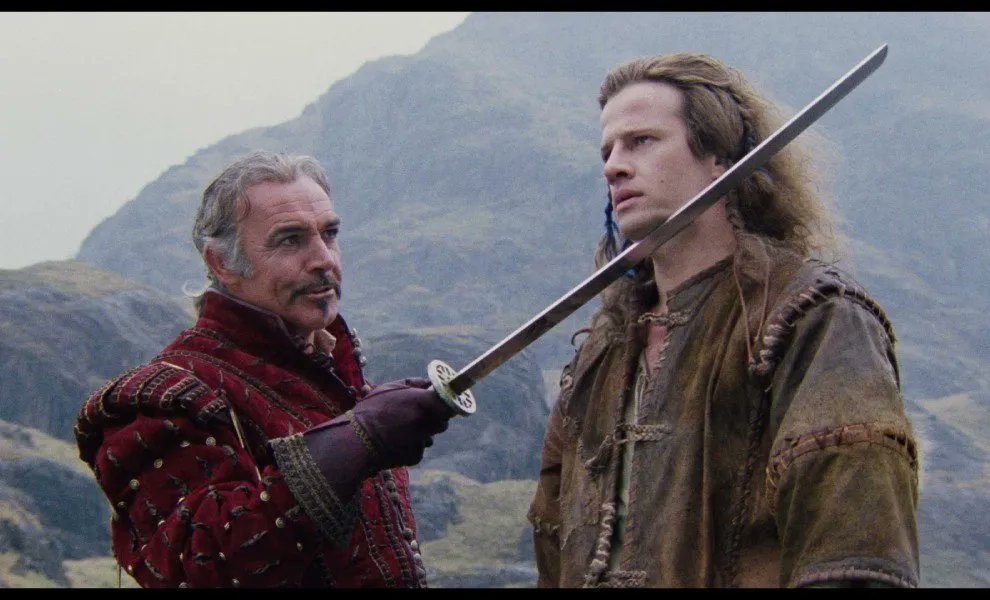 So this is for butchering my home accent!

Living in NYC and working as an antique dealer is Russell Nash. But just like the objects he collects, he has a past, one where he went by another name – Connor MacLeod (Lambert).

Macleod has been around some time, since 1518 to be exact, when he was born in Scotland, as an immortal. But living forever isn’t an easy gig; he’s not the only one, and it appears that’s a bit of an issue, as there can be only one.

So even though he’s doing alright for himself in the city, his life is about to get disrupted once again, with the arrival of another immortal, and he’s pretty keen on being the last immortal standing. 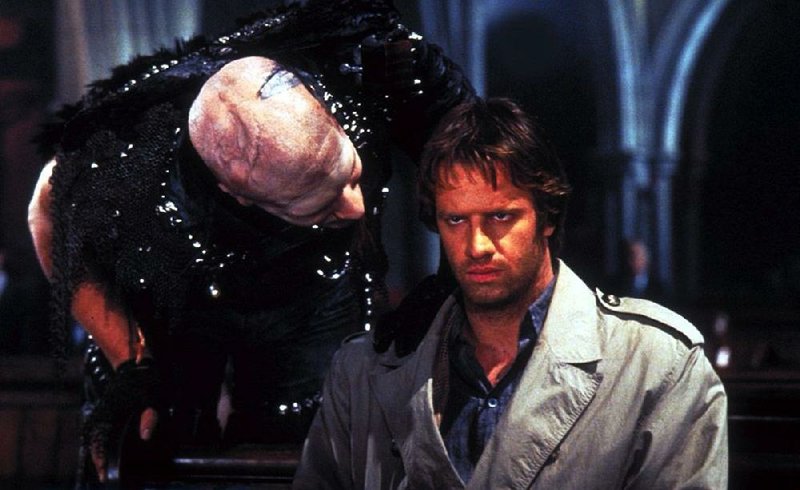 I'm not going to allow you to move until you agree to buying broadband from us!

With this big budget film – for the time at least – only being his first Hollywood film, and only his third overall, it was quite a step up for Australian director Russell Mulcahy. And he certainly used his skills directing music videos to good effect here, as there are a number of times, especially the film’s finale, that looks and feels as if it’s been lifted from an eighties music video.

It’s no surprise then that he got Queen involved with the soundtrack, who were no strangers to supplying music to films as they had done so with 1980’s Flash Gordon, with both “A Kind of Magic” and “Who Wants to Live Forever” featured in the film.

It was quite notable at the time for Lambert’s attempt at a Scottish accent, which was certainly creative. But then it also featured Sean Connery, as an Egyptian, going by the name of Juan Sanchez-Villalobos Ramirez, dressed in traditional Spanish attire carrying a samurai sword, so it was quite flexible when it came to the details.

And although it didn’t do well at the box office, it did spawn a franchise that consisted of four more sequels and various TV shows, cementing the impact this original has had over the years.

This 4K UHD release, its first time in this format, serves as a reminder of what an original concept the franchise is overall, as well as how utterly entertaining this original is, being somewhat of a precursor to the battle royale genre as it is; there’s no denying that unlike Macleod, it hasn’t aged particularly well, but with its MTV sensibilities and Lambert cutting a dashing figure in both a kilt and rain coat, it’s a welcome blast from its many pasts.