This is one of those rare occasions where we come clean. We’ve never played a Hitman game before. There, we said it. We did watch the 2007 flick, based on the game, starring Timothy Olyphant, but we wished we hadn’t.

But despite being the most die-hard of fans, even we thought there had been more than just two Hitman titles. You thought that too, right? Well, the good news is, we’re not going mad.

The first in the franchise was actually released back in 2000, for the PC, and was called Hitman: Codename 47. Since then, a number of titles have followed, to the point where this one is actually the tenth bearing the name in the series to be released.

Thankfully, this latest instalment does its best to make sure you’re all caught up, so if you want to dip your toe into the murky waters of modern assassination, you can, with the game’s flashback, story so far intro.

It’s only then, oddly, that things get a little confusing. 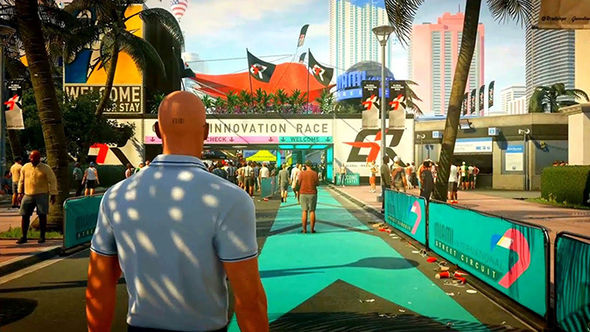 You cannot underestimated the power of having a day off and letting your hair down...

This game has one of the strangest user interfaces we’ve come across in a long while. Jumping into the single player campaign should be a breeze, but it’s no such thing. You could be clicking all over the place until you actually find it. Maybe that’s your first unofficial mission?

When you finally find it, you may notice a crudeness to the game, in terms of its visuals, at least. In this age of 4K and HDR, it’s certainly no looker, that’s for sure. You could easily mistake it for a last generation title, particularly with the main character’s lack of mobility; he moves very last gen.

Dig a little deeper though and there’s some solid gameplay. Talking of whom, there’s definitely a not to the likes of Snake, as well as the Assassin’s Creed mob, with silent take downs and the dumping of bodies in convenient cupboards etc. Considering the game’s title, we were certainly expecting more grassy knoll action, but there’s very little sniper exploits to be had, sadly.

Instead, the best way to get ahead is go where the locals are and pick up as much intel on the fly as you can. You can sit down at a local bar, for instance, and blend in, listening in to the conversations of other customers. If you pick the right conversation, a new story opens up. This gives you clues as to the best way to eliminate your target away from just standing near them and shooting them. It can get a little convoluted, but the mechanic itself is an interesting one. It’s a bit like the video game version of mouse trap; you set up all the elements in the right order, and if you’ve done it correctly, you can sit back and watch your efforts result in a truly well executed execution. 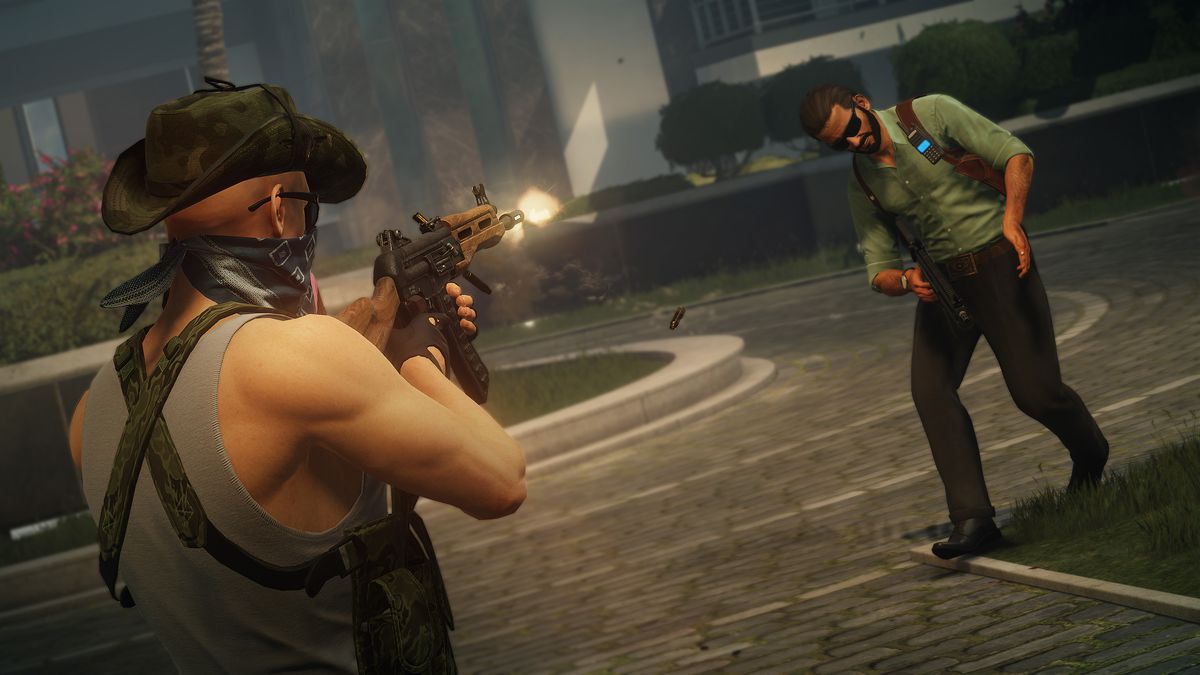 It’s actually this element of the game-play that is the most enjoyable. The clever thing is that there’s replay value here too, as there are a number of strands that can be followed, with different routes to similar conclusions. You are kind of nudged to do them there and then, but for many gamers, having explored one level extensively, may well be enough and be keen to move on.

Despite Agent 47 having appeared in numerous titles, he still comes across as somewhat two dimensional in personality. He clearly has aspirations for the stage however, with all the dressing up he does.

If you want to progress in the game then you have to get used to quick costume changes. This sees Agent 47 knocking someone out and ripping their clothes off for his own use. The costumes are nothing more than physical keys to access usually off limit areas, but at least a bit of fun can also be had. From being a member of a band, to a hippie, to a club mascot, Agent 47 gets to show some range. In that sense, it reminded us of the comedy TV show Barry, which stars Bill Hader as a successful hitman, who finds a new sense of purpose when you starts acting lessons. Art clearly imitating art.

The dress up aspect is undeniably fun, but it doesn’t always work. You can be dressed as an elite guard, entering an area you were allowed to, then all of a sudden, guards would be suspicious of you just standing there. They should really just take a chill pill and not be such job worths. It’s inconsistencies like this, which cause niggles.

For our first experience of the Hitman series, we couldn’t help feel that it felt like a poor man’s Assassin’s Creed in modern day settings. There was nothing unique on display, and although elements of the game-play were competent, there was nothing on show to get truly excited about. So a case of fewer hits and more misses, overall.