One of the biggest, and it has to be said important, turnarounds from being considered for so many years a villain, to now being cited as a hero, goes to the humble bee.

Often the blight of many a picnic, the bee has now been assigned special status by the scientific community for their ecological importance.

This documentary follows a beekeeper in rural Macedonia, whose life is inherently linked to the bees she looks after. 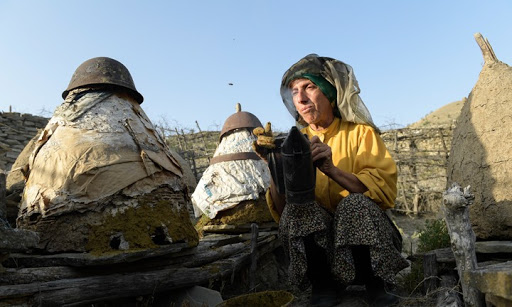 So listen up guys, today I want you to play the evil german soldiers.

In a quiet, isolated village, living with her ill, elderly mother is Hatidze. She is a keeper of bees, making a living from the honey that they produce. Although it’s far from a highly profitable business, the money she makes from selling the honey at market is enough for her and her mother to get by on.

One day, a large family of travellers arrive, and set up home with a large number of livestock with them, on her doorstep.

At first Hatidze enjoys the companionship that having neighbours can bring, particularly that of the joy of young children around her.

But this equilibrium is soon disrupted however when the father of the family not only takes an interest in Hatidze’s bees, but sees it as an opportunity to make money for his brood, so decides to get some of his own.

Although initially happy to help him out, she soon finds themselves at war over the various bee colonies. 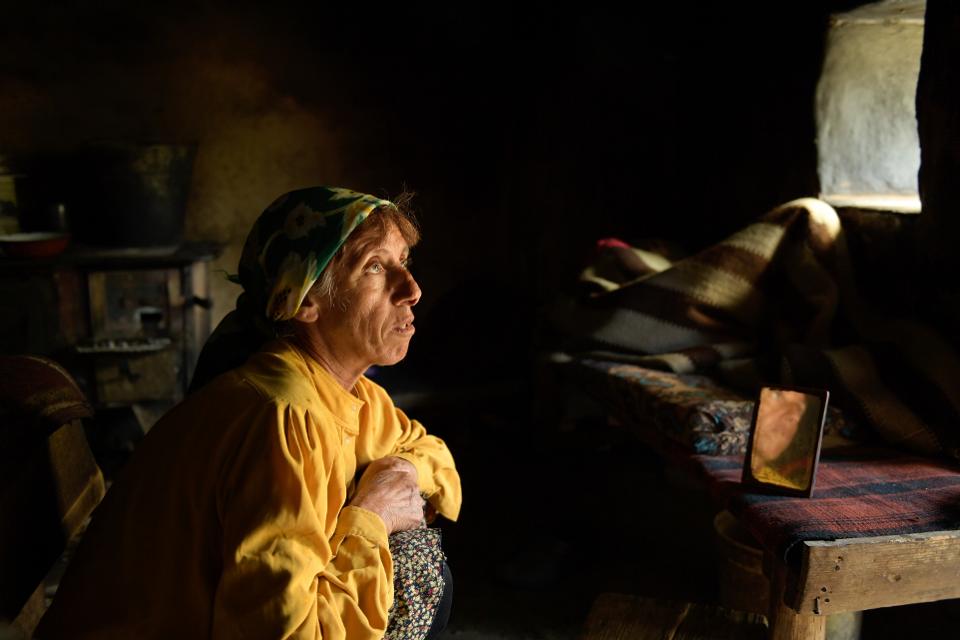 Is it too much to ask to have Disney Plus?

This double Oscar-nominated film is a truly bittersweet experience.

Firstly there’s its classification as a documentary; with no narrator, text, or having those involved talking directly to camera, Honeyland is the bare bones of a documentary. It actually owes more to the likes of De Sica, with a very neo-realistic approach to its storytelling. Because that’s what it is – a story. The camera shadows Hatidze around on a day to day basis, with her interactions with others – particularly her new neighbours – playing out like a scripted film.

Although hugely compelling to watch, it is not a film about a beekeeper and the plight of bees as a whole. It takes a large issue, and puts the life of a woman – who just so happens to look after bees – under the microscope.

And when the rather large family of travellers entire her life, the film almost becomes an episode of a Channel Five Neighbours From Hell Abroad special. Not only does the father of the clan come across as truly inept on every front – as a farmer and a father – their inappropriate handling of the animals in their care is truly abhorrent.

All focus is then diverted from the tireless work Hatidze does with her bees, and the respect she has for them, to a film about conflict within a small community. And although it’s fascinating to see the camera capture this part of Hatidze’s life, it doesn’t really do her, or what she’s doing, any justice.

There’s also something rather cynical about the film; it feels so very scripted, in terms of the narrative, that it’s difficult not to believe that the production played a hand in it here and there. The arrival of the family for instance, that takes up the majority of the film, is an integral part. It’s difficult to believe that they just rocked up and the production got (un)lucky.

What would have been preferred is to get a real insight into Hatidze’s life; she is a fascinating human being, and instead of just observing her, it would have been really interesting to hear why she does what she does. Instead, the ‘documentary’ plays out like a rural soap opera.

If you’re expecting to learn anything about bees, and the severe plight they face, you’ll learn nothing in this film.

It’s not the bees, this time at least, that are the heroes, but Hatidze. Her story is both rich and absorbing, it’s just a shame we didn’t get to understand her relationship with bees in more detail which sours the overall experience.