Londons electro-pop outfit Hot Chip have turned up with their fourth LP under their arms. Musically, its a nice collection of beats and electric keyboard plonks and plinks. The only real problem, which for a band is quite fundamental, is that its lead singer has truly weak vocal abilities. Alexis Taylor is probably a pretty nice chap, but if he ever wanted toffee, his bland warbling would never, ever be rewarded with any. 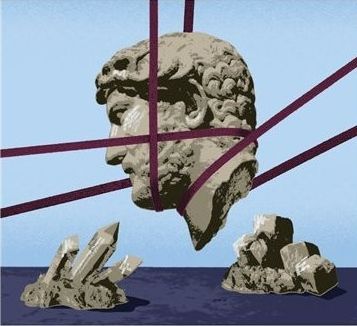 The fact theyve come this far is quite an achievement. It means that quite a few people who have bought their albums in the past have been willing to overlook the fact that Taylor cant sing. Actually thats not true, he can sing, but its at that awkward pitch that both animals and humans find painful to listen to. Its a wet whine, nothing more. If you heard him busking, you would probably throw him some coppers his way, but either only out of sympathy, or with the caveat that he stop immediately.

To say that his vocals spoil every track here is an understatement. If they could only release an instrumental of their work, it would be so much easier on the ear.

If you heard a track in isolation, say the single One Life Stand, his vocals could almost be forgiven - much like La Roux in that respect. Its tight, throbbing electro bed is joined by some stylish steel pan drumming. It all ticks along nicely, only to be spoiled by Taylors damp offerings. However, its completely impossible to be that forgiving listening to ten tracks in a row.

Theres a slight reprieve in that on the track Brothers, someone else has stood up to the mic and offered a deeper main vocal. Unfortunately, Taylor chirps in about halfway through the song, undoing all the hard work done by the other guy.

Things go from bad to worse when Taylor attempts to not only sing on Lush, but he uses his voice as some kind of pained instrument as well. If it reduces you to tears, you can be sure that it has nothing to do with the sentiment of the song.

A ray of hope appears in the form of Alley Cats, where, amazingly, Taylors vocals arent at complete odds with the rest of the production. Its quiet vibes have an almost infectious quality, which is sadly lacking elsewhere.

The clubby We Have Love certainly has dance appeal, and to be honest, has so much going on, Taylors vocals arent nearly as offensive to the ears as elsewhere. The track itself would certainly go down well in a euro club near you.

Some might believe that were being overly harsh regarding singer Taylor; well, thinking about it some more, we disagree and suggest that if you like his brand of noise, it might be worth you checking in with an ear specialist.

If you can tolerate his attempts at singing, then the rest of the Hot Chip sound that envelops it is full of plugged-in goodness. However, if nails on a blackboard sound hurty to your lug holes, Taylor is unlikely to win you over with his dull-set tones.