In 2008, the Indian city of Mumbai came under a brutal sustained terrorist attack, pinpointing several locations across the city to bring it to its knees in terror.

One of their key targets was the five star Taj Mahal Palace Hotel. This film, by Australian director Anthony Maras making his feature debut, is a dramatic account of how events unfolded for the guests and staff alike within the luxurious surroundings of the hotel. 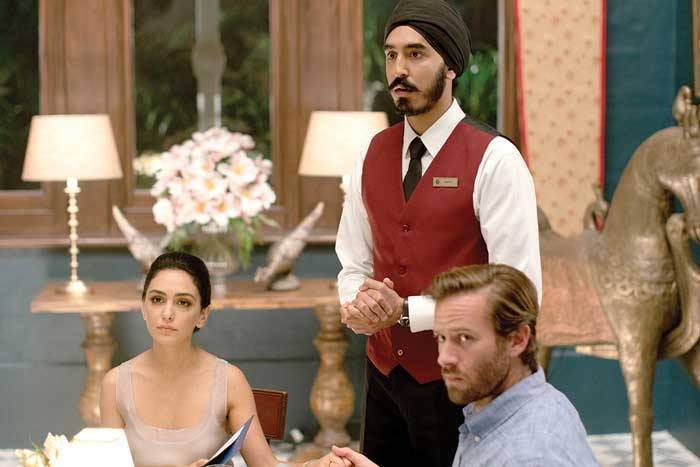 My apologies, that starter should not be served like that!!!!

Having been let down by the babysitter, young Arjun (Dev Patel) is late for his shift at the prestigious Taj. Little does he know at the time that his tardiness will be the least of his worries, because also making their way through the city are a group of young men, acting in the name of an Islamic terrorist group, to cause as much death and carnage as they can.

One of the main targets is Arjun’s workplace, a hotel that receives wealthy visitors from all around the world, none of whom are aware of the immediate threat that is just moments away from entering the hotel lobby and causing complete and utter chaos.

This generation's backpackers are really quite thuggish.

Although clearly based on real life events, Maras’ debut plays out more as a modern homage to the disaster genre, only this time the disaster takes the form of a group of rampaging terrorists. He uses his cast as an assemble too, so that its stars, such as Patel, Armie Hammer and Jason Issacs, are vital parts of the whole, with none of them being the main focus of the film. There is no Die Hard Bruce Willis figure, kicking terrorist ass down the corridors. Instead, the story is king, quite rightly, as we dip in and out of the scenario as it unfolds.

To that end, you do feel that the ghost of Shelley Winters may well be propping up the bar, saluting Maras’ re-telling with a toast of champagne in her hand, as she awaits the moment she inevitably meets her doom.

Mara’s pacing and overall tempo is spot on too. He also has the impressive ability of keeping proceedings thoroughly tense and thrilling throughout, without ever feeling as if he’s disrespecting the memory of those that either died or survived the event.

He also doesn’t pull any punches when it comes to the action; the violence is graphic, without ever going over the top, giving it a very real depth, making it that bit more shocking.

Maras has done a remarkable job for his first outing as both director and co-writer, delivering a compelling and gripping story that also serves as a reminder that true heroism can not only come from the most unlikeliest of places, but can also, more importantly, stand up to the greatest of evil.