Here's a fact for you - Australia is huge. It's so big you could actually fit an entire Australia inside of it. There are of course more kangaroos than Australians in the country, which may be the reason that the country's film industry has never exploded; after all, kangaroos have yet to learn how to operate cameras.

Unsurprisingly, the highest grossing Australian films of all time include both Crocodile Dundee films and the family flick Babe in the top ten. This effort, sadly, from debut director Ben Young, has zero chance of making that list.

It's 1987, Perth, Australia, and teen Vicki (Ashleigh Cummings) has been busted by her mother Maggie (Susie Porter), for passing someone else's essay off for her own homework. As a result, she gets grounded, which means she can't hang out with her boyfriend at a party that night. Bummer. 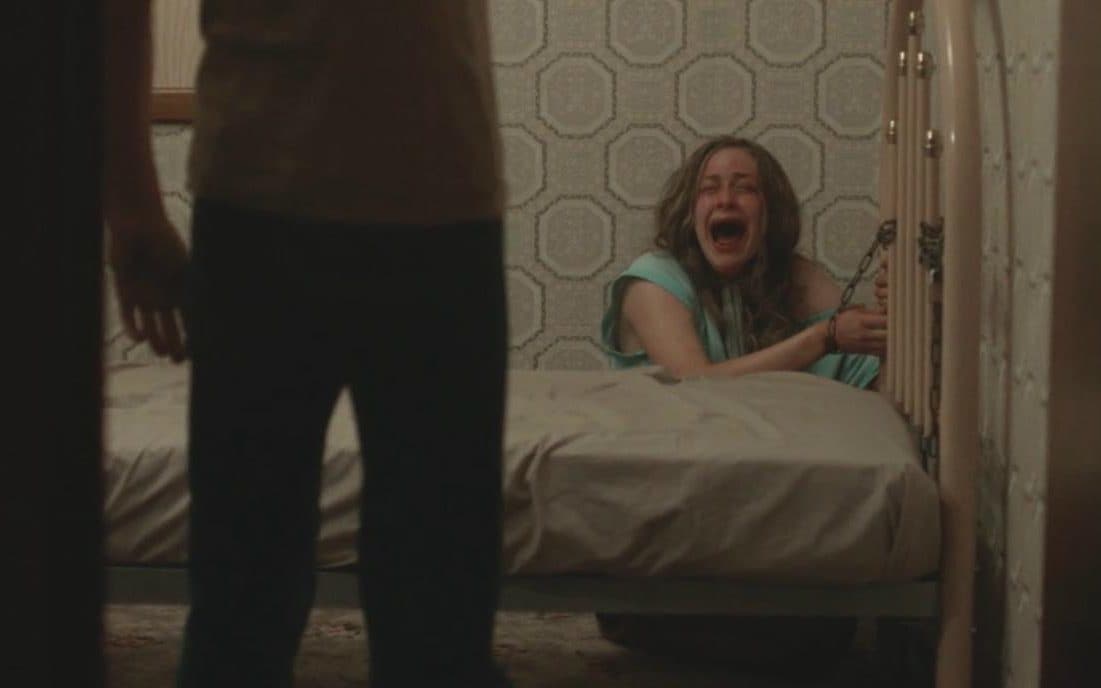 Please let me go, this wallpaper is killing me!!!

To get back at her mum, she decides to sneak out through the bedroom window and go to the party anyway. On the way, a car with a couple inside pulls up and asks if she wants some cheap weed. They don't have it on them, but she can give them a lift back to theirs, where she can phone for a taxi. Reluctantly, Vicki agrees to go. Oops.

It's not long before Vicki realises that her hosts Evelyn (Emma Booth) and John (Stephen Curry) weren't exactly honest about what their dark intentions are and it looks likely that she won't be making that party after all.

There have been a number of dark thrillers/horrors from the land down under in the last ten years or so, which is no surprise as its quite the scary place. It is the home of the deadly funnel-web spider, after all. Young's debut, which he also wrote, isn't one of them. 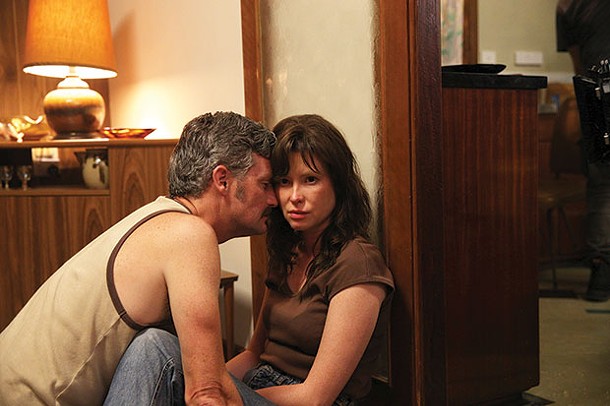 Although déjà vu isn't an Australian phrase it describes Hounds of Love perfectly. Everything about it has been seen before, and a hundred times better. The only thing in its favour is that the protagonist is incarcerated in an average suburban home and not in the middle of nowhere. Even then its potential is never fully realised.

It's one of those films that soon makes you quite angry, desperately wanting something horrible to take place, just so that it happens and is done with asap, and then at least some of your evening can be salvaged. Unfortunately it insists on drawing out the boredom.

The performances are at least tolerable, especially from Booth, but there's no getting away from the fact that it's all been done better before, leaving this effort completely bereft of any bark or bite.