The ratio of films set on planes to submarines is 50 to 1. Or there abouts. Ish. But regardless of the accuracy of that ‘fact’, there are definitely fewer films set on subs.

There has been an attempt recently to turn the tide, as it were, with 2014’s Black Sea, and this and Kursk, both being released last year. But will this keep the genre afloat or is it simply sub-par? With Butler's career in freefall, he had to resort to joining a Magic Mike act.

Deep in Russian waters and a US submarine is cheekily shadowing a Russian sub, when literally out of the blue, the pair disappear off radars. The US decide to send another sub in to investigate, helmed by newly promoted Commander Joe Glass (Gerard Butler).

When Intel comes in the US government learns what lies at the bottom of all this, a coup to oust the Russian president.

Along with an elite Navy SEAL squad, headed up by Lieutenant Beaman (Toby Stephens), Glass is given an unusual order: to save the Russian president. 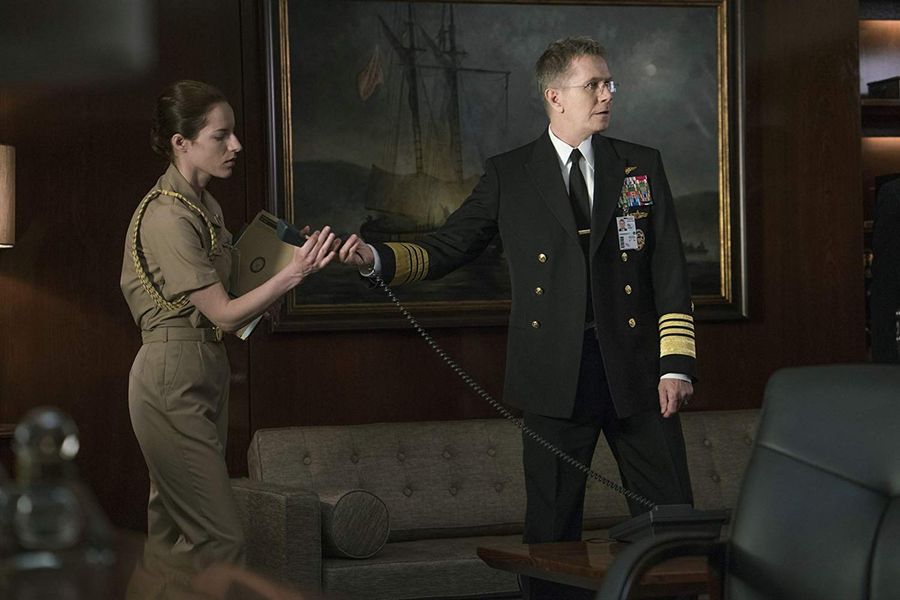 It's my agent. Tell him I won't turn my head to camera for less that fifty grand.

Despite all the high tech on display, Hunter Killer has a very retro feel to it; unfortunately it’s less The Wild Geese and more Wild Geese 2. The set pieces are sorely clichéd, with the special effects not only being glaringly obvious, but also not all that special. The story feels incredibly dated too, being the sought of thing you’d expect from an action flick from the eighties that has clearly run out of original ideas.

And then you have the cast. Poor Butler is confined to sub duty, playing the often seen maverick, with very little to do. His research for the role must have amounted to little more than watching classic Star Trek episodes, and mimicking Kirk’s movements, swaying from left to right on the bridge, when the Enterprise was under attack.

Gary Oldman, given second billing, has even less to do, with what can be no more than five pages of dialogue throughout. This is clearly one of those jobs where you just turn up for the cash.

Sadly then, this is far from being a noteworthy addition to the sub genre, and isn’t in the same league as either Das Boot or Fantastic Voyage.