Back in 1998, Jennifer Lopez starred alongside George Clooney in Steven Soderbergh’s excellent Out of Sight. It was the kind of standout performance you could build a solid acting career on, but it didn’t quite work out that way.

Since then, Lopez has flitted in and out of various careers, including music, TV and of course film, which is how come she had a little but now has a lot. But by spreading herself out rather thinly over many disciplines, she hasn’t managed to really excel in one area.

This is a rare big screen outing then for the J-Lo, and she clearly makes up for her absence by giving her all. Or rather showing it at least. 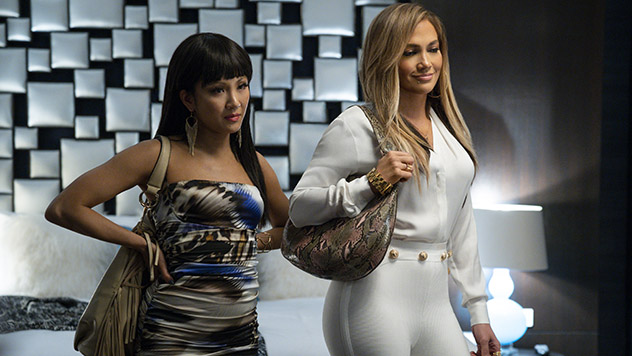 I justed wanted a quiet night in watching The Apprentice on TV.

NYC, 2007, and Destiny (Constance Wu) is trying to make ends meet, living as she does with her grandmother. In a bid to make some real cash, she decides to work in a strip joint in the city.

As the new girl, she struggles at first to make any kind of impact, as her fellow strippers know just how to make it rain money.

Then she meets Ramona (Lopez), who decides to take her under her wing and teach her the ropes, pole etc. It’s not long before they become firm friends, with their proximity to Wall Street meaning that everyone at the club is doing well.

Then the big financial crash of 2008 happens and changes everything. Destiny and the girls soon find that there’s far less cash being thrown around and that their club is no longer the go to place for the rich to squander other peoples’ earnings.

In an attempt to make some hard cash quickly, Ramona devises a plan that will hopefully see her and the rest of the girls earning big again. There’s only one slight problem, it’s not exactly legal... 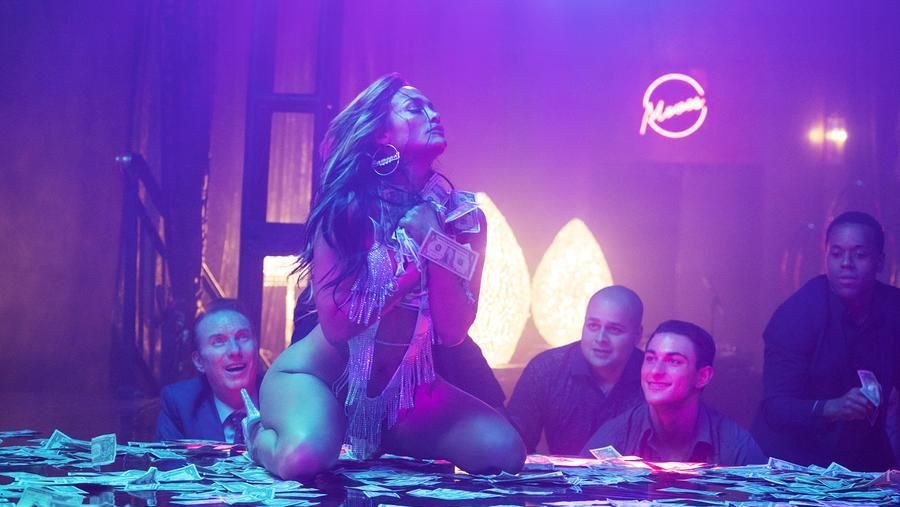 She was disappointed that when she started bleeding money, no-one came to her rescue.

Although director Lorene Scarfaria’s film is based on real events, it’s not a major factor, or so it seems. Much of the film appears to be a (raised) platform for Lopez and many of the female cast to wear very little throughout. So much so that you could be forgiven for thinking that it’s a Victoria’s Secret show.

As a film set in the world of stripping however, it’s only to be expected. But with so much screen time devoted to scantily-clad females, there’s little time to develop an actual story. When it does come, not only is there so little of it, it sadly doesn’t amount to much. Essentially everyone involved got the equivalent of a slapped wrist and told not to do it again. This begs the question of whether it actually needed to be told.

It’s not without its merits; Wu and Lopez, as well as the other members of the cast, work well together in providing that bond of sisterhood working for a common cause. It’s also refreshing to see a project that embraces a strong female-led cast, although it doesn’t exactly do many favours for them.

Scarfaria provides some pleasing cinematography and art direction, which you wouldn’t necessarily expect from a title like this, keeping the energy levels high and visually interesting.

But with the onus seemingly on how great everyone and thing looks, the film disappointingly falls into clichéd, two-dimensional representations of strippers with hearts, making the feature as a whole feel even less authentic.

It’s just a shame that the film is so top heavy on the skimpy outfits front, with a thong’s worth of story barely holding it together, tacked on at the end. We get it, Lopez looks great, semi-naked for the most part, but great. If only the story, which is quite a fascinating one of a group of strippers resorting to criminal acts, was introduced earlier to make it more of a filmic experience and less of a voyeuristic fashion show.

There’s no denying it’s great to see Lopez back on the big screen, but not entirely convinced it was necessary to see quite as much of here on display as there is. The film could have certainly benefitted from more meat on its bare bones too.


***Fancy winning a copy of this title? Then you should enter our competition, for your chance to win a copy on Blu-ray. Click here to enter.***