The white whale for many an overseas artist or band is to make it big in the US of A. Despite its distance, a number of musicians from down under have made the journey a successful one, including INXS, Crowded House and Olivia Newton John.

And although Aussies claim the Bee Gees, because despite the brothers Gibb being born in the UK they emigrated down under at an early age, it’s a contentious claim as they wouldn’t be considered anything other than British by the Brits. And considering they’re one of the biggest-selling bands of all time, it’s no wonder that both countries are calling dibs on them.

One clear cut success was Helen Reddy, who made a considerable impact on both the charts and the women’s movement in the US during the seventies. 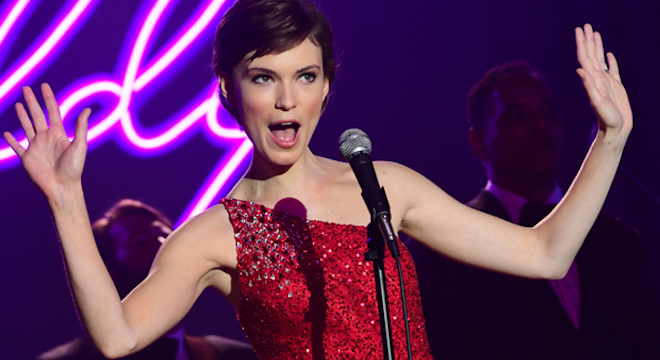 I want you to park that big Mack truck, Right in this little garage, Make it cream, make me scream, Out in public, make a scene...

When a young Helen Reddy (Tilda Cobham-Hervey) won the talent show Bandstand in her native Australia, it felt like the perfect lift for her career. The prize was a ticket to NYC and a record audition, with the opportunity to make it big in the US was tantalisingly close.

Arriving in the US with her young daughter however, proves to be more problematic, with the record company left sadly unimpressed with her audition.

Instead of turning right around and heading home, Helen decides to stick it out. This sees her having to play some real dives in the city to empty crowds.

After meeting the young and confident Jeff (Evan Peters), Helen finds renewed confidence as he promises that he can really push her career as her manager.

The pair also fall in love, and Jeff persuades her that LA is where the music scene is at, so all three of them head west. True to his word, Helen’s career begins to take off, but her new-found fame comes with a heavy price tag. 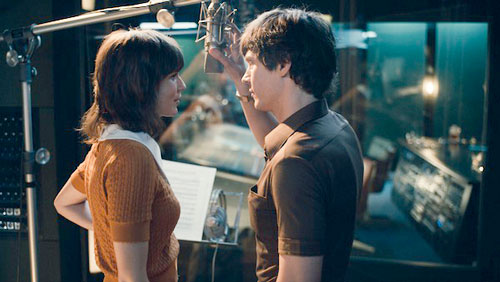 I wasn't expecting you to take karoake so seriously - i mean, hiring a music studio?!

With the phenomenal success of Bohemian Rhapsody the music biography genre bar has been lifted pretty high. Unfortunately for I Am Woman, it doesn’t just struggle with the height, it stumbles on the approach.

Reddy is an artist whose success has been somewhat lost over time. This would certainly make her a worthy candidate for a biography then. Unfortunately, her story of struggling to get noticed and then getting involved in a working and emotional relationship with her manager is just achingly clichéd. So to retell an overly told story, you have to give it a unique spin. Unfortunately for director Unjoo Moon, it’s just not there, not even an intriguing sway.

It’s Moon’s directorial debut, and perhaps this just wasn’t the best project to go with. Certainly, on paper at least, Reddy has the credentials worthy of a bio, but is sadly let down by her music back catalogue. Although the song that the film takes its title from was adopted as an anthem by the women’s movement, all her other tracks are weak and instantly forgettable. Not exactly desirable for a music bio flick.

Moon attempts to support the overly familiar toxic relationship with the hubby/manager, by showing how resolute Reddy’s beliefs are regarding the rights of women, but there’s just not enough there; her song “I Am Woman” was adopted by the feminist movement, and she later sang at a rally, but that’s about the extent of it.

There’s definitely a feel of a TV Movie about it, lacking any nuanced performances or definitive scenes as it does. In short, woolly direction. So much so that the final scene resembles a dated Coka Cola ad more than anything.

If nothing else, it works as a companion piece to the recent mini-series Mrs. America, which covers the same period and themes but in far greater depth, but as a standalone work it struggles to sparkle in the spotlight.