There are some actors who are immediately recognised for being one character. It can be a blessing or a curse, depending on their personal point of view, although for any actor, being recognised for anything at all must do wonders for the ego.

Someone intrinsically linked to one character is Hugh Bonneville. Although a credible thespian for a number of years, he shot to fame playing Lord Grantham in the much-loved TV show Downton Abbey.

Grantham is the epitome of a well-mannered, thoroughly decent chap. Although many could say the same for Bonneville’s turn as Ian Fletcher in both Twenty Twelve and W1A - absolutely, quite, exactly. And don’t even get us started on the uber docile Henry Brown from the Paddington films.

So Bonneville has a pretty standard type he plays, but there’s nothing wrong with that. Here though, Bonneville goes dark, in his least amiable role yet. 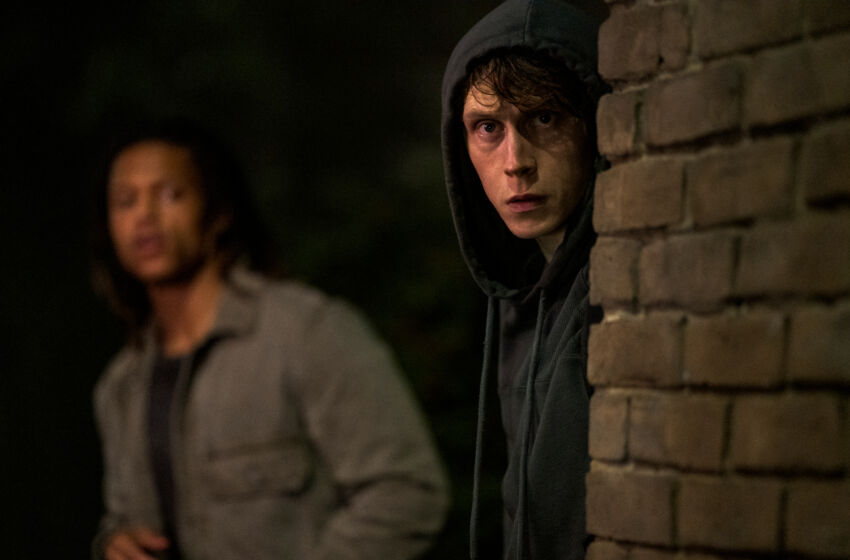 We're gonna hit that Mr Whippy ice-cream van and take it for every flake it has!

With street graffiti almost becoming acceptable – thanks Banksy – it’s time to step it up a notch. For ‘writers’ Toby (George MacKay) and his best friend Jay (Percelle Ascott), they’ve found a whole new challenge, by taking their graffiti indoors.

They target wealthy types, who more than likely have more money than sense, then break into their homes where they leave a large message on their wall – I Came By.

Their latest target seems perfect, Hector Blake (Bonneville) a British judge; on the surface he appears to be a do-gooder on the side of justice, but when Toby digs a little deeper, he discovers he isn’t as clean cut as he makes out. And as he’s soon about to learn, he doesn’t even know the half of it when he makes a horrific discovery after breaking into his home. 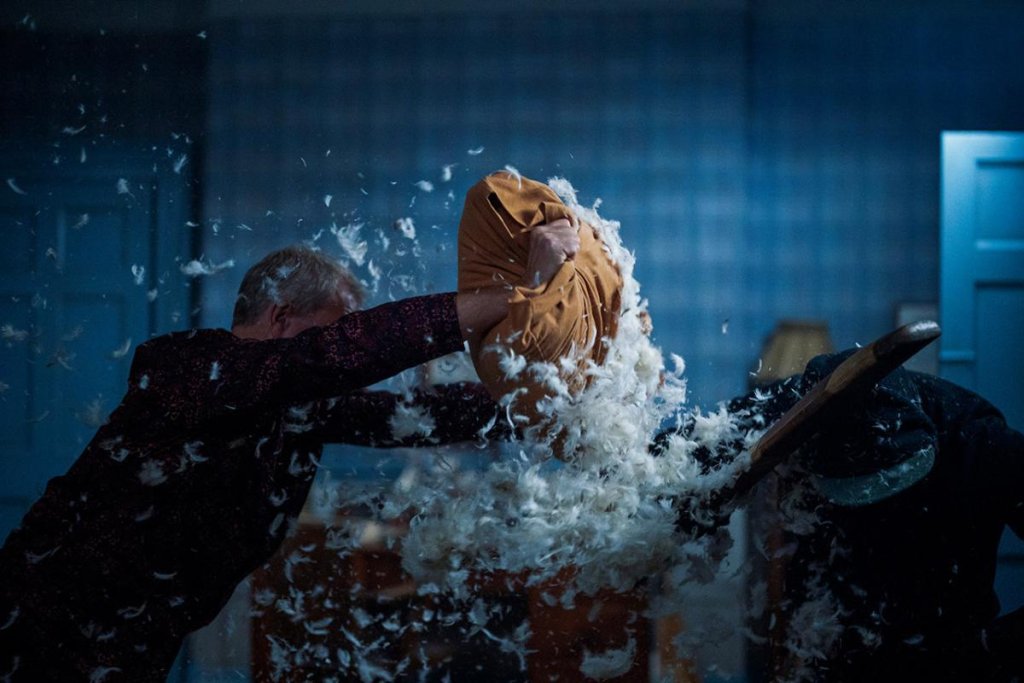 I told you it was goose down!

It’s difficult not to be irritated by this film. Firstly, there’s that title; if you were going to tag some graffiti in someone’s home, you’d think it would be more menacing than ‘I came by’. That’s the kind of thing someone might say with a fresh latte in hand, or a dog with the intent of going for a walk. The reality is, you’re likely to get more worrying messages from the tax office.

Then there’s the film’s structure. It has this kind of baton approach when it comes to its characters, with one handing it over to the next in quick succession. This gives it an annoyingly bitty feel, denying the audience to really get to know one character at a time. MacKay is a great actor, but this Banksy-esque role does him no favours whatsoever, regardless of his fairly brief appearance .

The script also lacks focus, both in the type of story its telling, and who’s conveying it. Far much attention is on the life of the best friend Jay, whose domestic life changes dramatically throughout the film. And considering he is essentially a secondary character, his story is just completely unnecessary. It’s poorly written too, as his wife gets the real hump with him, and she doesn’t really give a good enough reason why.

And then you have Bonneville. No one can deny him an opportunity to play a villain – a role he’s probably being crying out for for a number of years now – but it just doesn’t work. Trying to take Bonneville seriously as a villain is like trying to take Boris Johnson seriously as a competent politician – you simply can’t. So when you see Bonneville rolling around on the floor with someone, it just makes you think “what on earth is Lord Grantham doing?! Someone help him up”.

It’s not his fault, it’s all down to some truly weak direction by Babak Anvari, who lacks a genuine ability to deliver a coherent plot and story. Not only is the film’s plot pretty generic, he fails to inject any component of fear or menace, as its lame title illustrates.

If this film were a note that was left on your front door, you should thank your luck stars that you missed it.