You can get away with just about anything in a dream, if youre that way inclined. For instance, you never have to worry about your boss finding out that his deathly demise from a group of flying, fire-breathing ninjas dressed as clowns was actually your idea. Or that you will eventually live with Kirsty Allsopp in a house built of jelly; you know, the one surrounded by a moat full of sharks made of cream cheese swimming in Fanta.

Up until now, you only had one natural enemy being a dreamer: Freddy Krueger. If anyone could mess with your head in dreamland, it would be Freddy. But now theres someone else to keep an eye out for  only that bloody Leonardo DiCaprio, who stars in British director Christopher Nolans latest, Inception.

Dom Cobb (DiCaprio) is quite the thief; instead of stealing money, jewels etc, he can steal a far more lucrative commodity: ideas. He does this by being able to place himself in the actual dreams of others, then steal their ideas by pick-pocketing them from their sub-consciousness. But what makes him better than your average dream thief is his ability to actually plant an idea inside someone elses head while theyre dreaming.

It is this extraordinary ability that leads him not only to his biggest heist, but also his biggest reward. If he and his talented team pull it off, Cobb can finally be reunited with his two children. However, this dream job has every chance of turning into a real nightmare.

After dabbling quite heavily in the dark side with the re-booted Batman franchise (Batman Begins, The Dark Knight), Nolan is back on more familiar, mind-boggling ground. If anyone has any hair left after scratching their heads silly viewing his complex, yet highly satisfying Memento, they can certainly expect to lose the rest of it watching this. 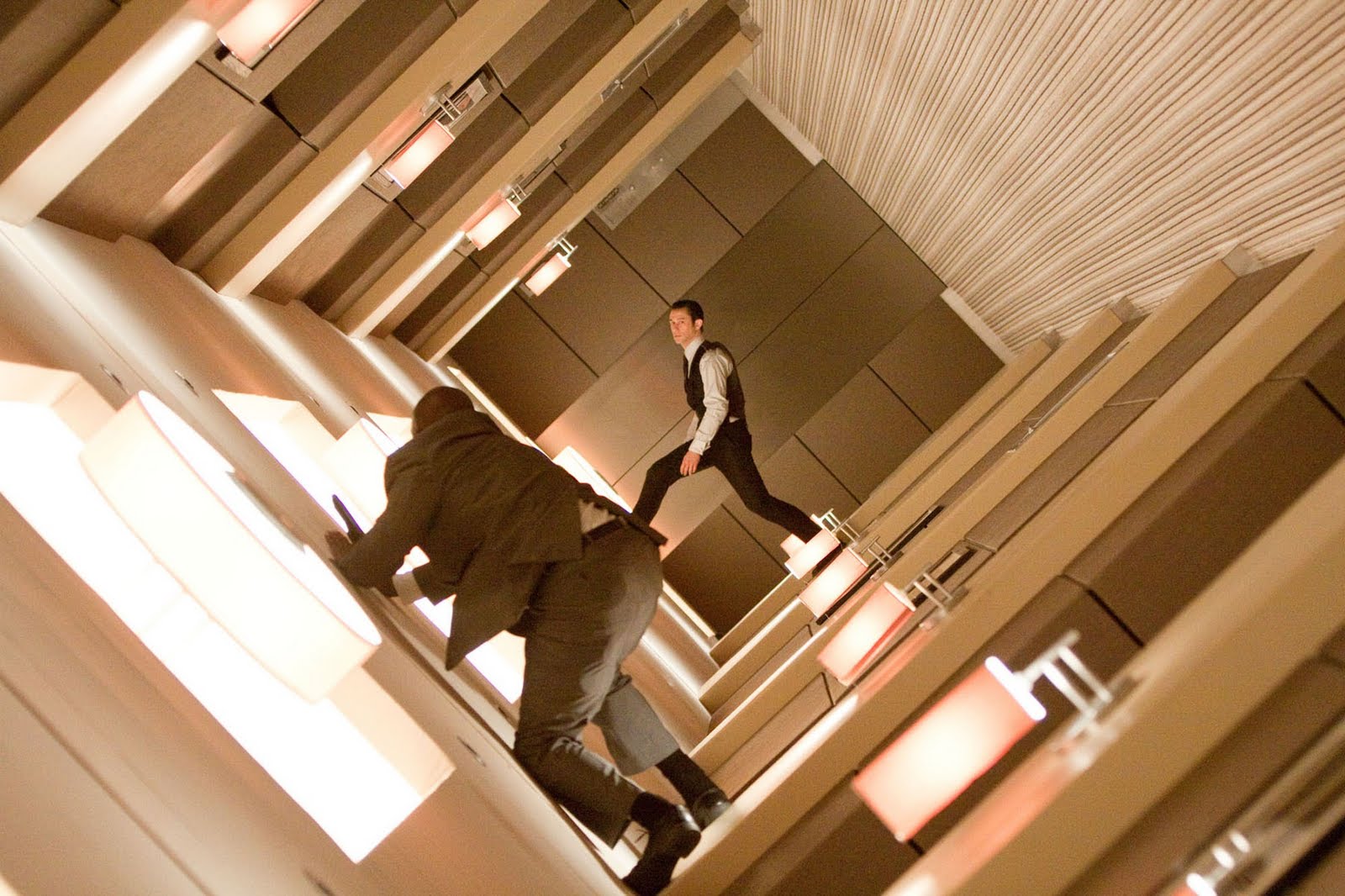 Tell you what, you really have to get a pair of these shoes, you just won't believe the grip on them.

Inception is definitely a contender for mind-fuck flick of its generation. Although the premise of entering someone elses dreams is, in this space age of mind-bending technology, a fairly easy one to digest, its Nolans execution of it that gives it its complexity. Thats not to say that the story is unfathomable, just that it will certainly keep audiences on their proverbial tootsies.

For instance, the film hits the ground running from the off. Cobb is doing his thing and audiences have to be prepared to keep up to speed with his dreamy antics right from the start. If you dont, well, you may as well catch a few Zzzs yourself for the next two and half hours; just make sure you dont wake up anytime other than the end however, as your brain is likely to explode in attempting to put any of the pieces together.

To be brutally honest, the story is most definitely king. But it really doesnt do any harm having a truly quality cast involved to help deliver the goods. Its a really odd bunch too; as well as Leo theres Ellen Page, Joseph Gordon-Levitt, Ken Watanabe, Tom Hardy, Cillian Murphy, Tom Berenger (who apparently isnt dead), Lukas Haas and some old fella called Michael Caine. And although for most of them, they simply have a role to play in the larger scheme of things rather than a character to flesh out, they do so convincingly.

Even though it is a tremendous tour de force, the film isnt without its faults. Cobbs relationship with his dead wife, although integral to the plot, often slows the pace of the film to nearly nodding off speed. Its clearly needed to give Cobb the emotive drive to do what he does (and therefore give the film some heart to balance out the wall-to-wall sci-fi-ness of it all) , but just a little too much screen time is devoted to the cause.

And then theres the science bit. When Marty McFly travels back and forth through time, an audience understands the concept because it can see him drive the DeLorean. Inception relies on a few wires that come out of a case that need to be attached to everyone taking part in the dream. Theres no switch, joystick or button that can be seen to trigger this rather mysterious process. More importantly, theres no explanation of how any of it works exactly.

Nolan obviously feels that the tech should be revealed on a need to know basis, and the audience doesnt have that kind of clearance. Besides, The Matrix was pretty much impenetrable from beginning to end, and that did pretty well for itself. Hes probably doing them a favour, considering how much other information he expects them to process, but it would still have been nice to be kept in the scientific loop somehow.

Its also all the science stuff that makes the story a tad on the convoluted side; but Nolan has clearly made a cerebral thriller to provoke his audience, and he makes no excuses for that. And its this lofty ambition that far outweighs any of its minor faults.

Even with its storyline not being all that original  it is, after all, the BBC series Hustle in Dreamland  Nolan infuses ideas with an alarming amount of creativity, that just turn his projects into cinematic behemoths.

The fact that he doesnt treat his audience like brain-dead cabbages also has to be commended. With so many films clearly not aimed at grown-ups anymore, Nolan is that one bright light at the end of a very dark tunnel. Not only has he made a film that makes you think, hes had the audacity to also make it thrillingly entertaining. What a clever clogs.

For those who love their sci-fi, this film will just keep on giving. In fact if Geekdom was a country, then Inception would undoubtedly be its capital. This will mean that for those who turn up purely to enjoy the cherubic face of DiCaprio, and there are plenty of them out there who will, this will probably leave them with more of a sinking feeling than Titanic ever did. But as DiCaprio has proven time and time again, hes far more concerned with choosing interesting material rather than appeasing his adoring fans.

Those who worship at the temple of Nolan however (the director that is, not the Irish singers) will adore every single frame. And quite rightly too.

So theres really no need to pinch yourself, youre not dreaming, Inception really is every bit as brilliant as you imagined it would be.