Once a while a TV show comes along that just swallows up audiences around the world. And Game of Thrones has more of an insatiable appetite for viewers than most.

This has been quite a bonus for the cast, as many of them have since been able to springboard onto the big screen in various projects, which might not have happened without the warring ways of Westeros.

One of those making the most of all that gaming is Brit Natalie Dormer, who played Margaery Tyrell on the show. Here she not only stars in the film, but also produced and co-wrote it with her partner Anthony Byrne, who also just happens to direct it too. 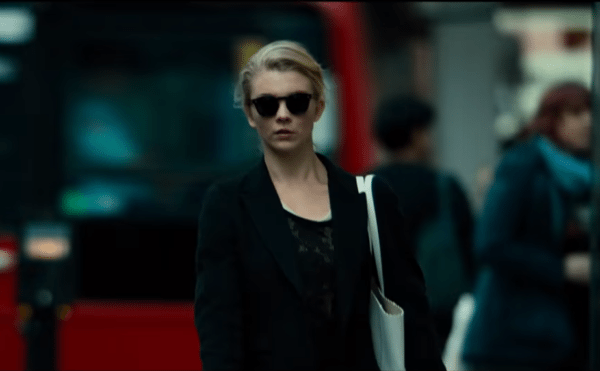 Little did she realise that London buses stop for no man, woman, or blind person.

Living in London can be a struggle for anyone at the best of times, so just imagine how much more difficult it must be if you’re blind. Sofia (Dormer) has been blind since the age of five, so is more than used to the challenges that come with it, even living in London.

She’s a jobbing pianist, living in an old apartment block. Obviously being blind, she relies heavily on her hearing, but she doesn’t have to be Daredevil to hear the commotion in the flat above. She can often hear her neighbour, Veronique (Emily Ratajkowski), in what sounds like intense arguments.

Things clearly get out of hand upstairs, when Veronique flies out of the window, in what the police believe to be suicide and therefore not suspicious. But Sofia knows otherwise. After what she heard, she believes her neighbour was actually murdered, and decides to dig a little further. Our vulnerable heroine soon finds herself in all kinds of trouble, where the deeper she delves, the darkness she’s confronted with she’s all too familiar with. 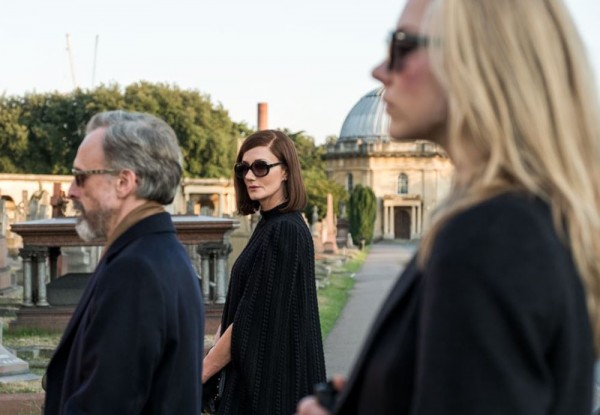 As if keeping up with the dead Joneses wasn't enough.

For an actor, playing someone who is blind is an attractive challenge. So it’s no surprise that Dormer helped write a screenplay about a visually impaired protagonist. The problem is, the script her and her other half came up with, doesn’t make a whole lot of sense. Ultimately it’s a hackneyed revenge thriller that thinks it’s got one over on its audience, when sadly it has anything but. Even if it did, it’s difficult to really care.

There are too many vague characters at large, most notably played by Ed Skrein and Joely Richardson, who feel like they have an important part to play, but you never know what, exactly.

Not that Dormer probably cares; she looks cool in dark shades tapping her white cane on the streets of London, so can now tick the ‘blind’ box on her acting to-do list.

For the rest of us though, this middling, muddled thriller isn’t worth watching.