Although not a familiar name in the UK, Jon Stewart has been a stalwart of the US late night talk show scene for some time, including his long-running stint on The Daily Show with Jon Stewart that ran for 16 years, that finally came to an end in 2015.

Since then he’s kept somewhat of a low profile, possibly to concentrate on this political satire, which he’s both written and directed. 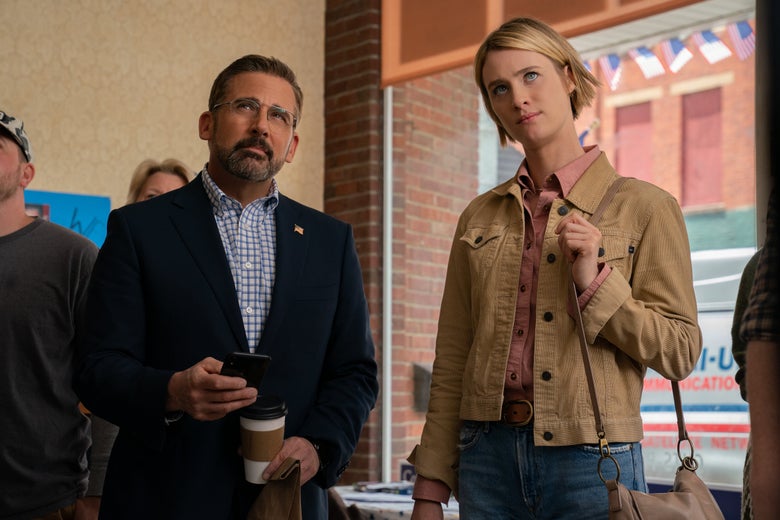 After the bitter disappointment of the 2016 election, Gary Zimmer (Steve Carell), one of the best political campaigners in the business, is forlorn over the loss of the Democrats.

He gets a surprising feeling of optimism however, when one of his team show him a video, of ex-army colonel Jack Hastings (Chris Cooper), standing up for the rights of immigrants in the small town of Deerlaken, Wisconsin.

Seeing the passion in this one individual, Gary believes that if he got him to stand for mayor in his local town, it could well signal the turning of the tide for the Democrats. So he packs his bags and sets off for Middle America.

Not long after his attempt to get Jack on board, the small town gets another visitor, top Republican campaigner – and therefore Gary’s nemesis – Faith Brewster (Rose Byrne), who decides to throw her hefty political knowledge into the mix, by supporting the re-election of the town’s current mayor.

It’s not long before the small town is swamped with political bigwigs from Washington DC, with both sides willing to do whatever it takes for their man to win. 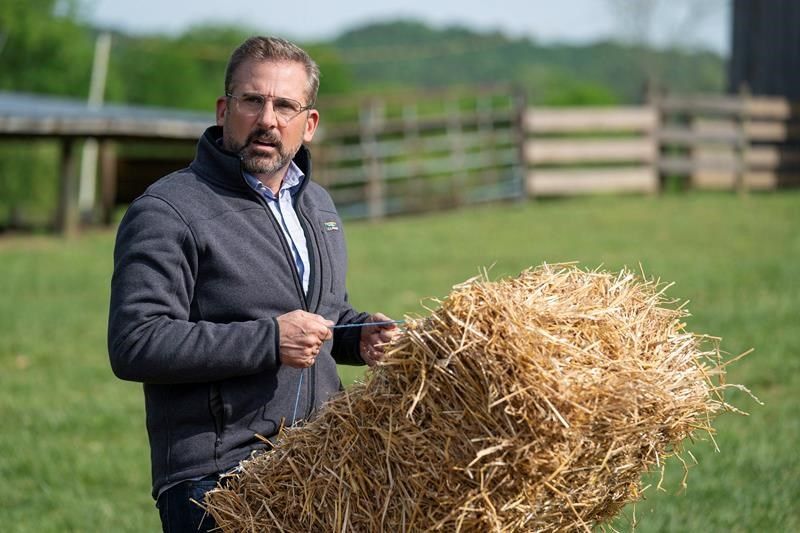 Is that someone stealing my horse?

If there’s one man who knows his way around political satire it’s Stewart. His talk shows have given him years of experience, interviewing all manner of politicians, as well as knowing how to get under their skin. Which is why this effort comes across as somewhat of a disappointment considering how satire-lite it is.

The film has more of a warm glow about it, as it’s less cutting edge satire, and more of a fish out of water tale, as Carell’s character has to navigate the ‘kookiness’ of middle America. There was an opportunity to let Carell really go for it, in a kind of Malcolm Tucker fashion, but Stewart avoids that sharp, almost rabid bite of the likes of The Thick of It and its US counterpart VEEP, in favour of something far more cuddly.

It also has a twist in its tail, and although Stewart makes a point of informing the audience that the outcome is one that could be all too real, in the context of the film, it’s far from convincing.

Still, Carell is once again an easy watch, but is upstaged by a venomous performance by Byrne, who proves yet again that she has a real talent for comedy.

Irresistible attempts to provide more evidence of a wag the dog scenario, but ultimately ends up with said dog simply slobbering enthusiastically all over your face, coming across as far too adorable for its own good.