For years a war has raged; a battle between two very different animals, vying for the attention of humans across the land. It boils down to one simple question: which are best, cats or dogs?

The thing is, it’s actually an easy answer – dogs.

You can of course think differently, but that wouldn’t make you any closer to ever being right.

The undisputable fact is that dogs love humans and cats don’t. Cats may well be cute as kittens, but by the time they reached adulthood, they are genetically programmed to be evil little shits, intent on ripping the flesh off of anyone within paw-striking distance.

It’s not as if we’re being catist; here at Boom HQ, we even have one of those non dog pets, and quite frankly we fear for our lives on a daily basis, living out our existences as nothing short of being large cat toys.

Echoing our sentiment is director Wes Anderson. His second stop-motion animated feature (the follow up to his delightful 2009 Fantastic Mr Fox) is a charming love letter to man’s best friend. 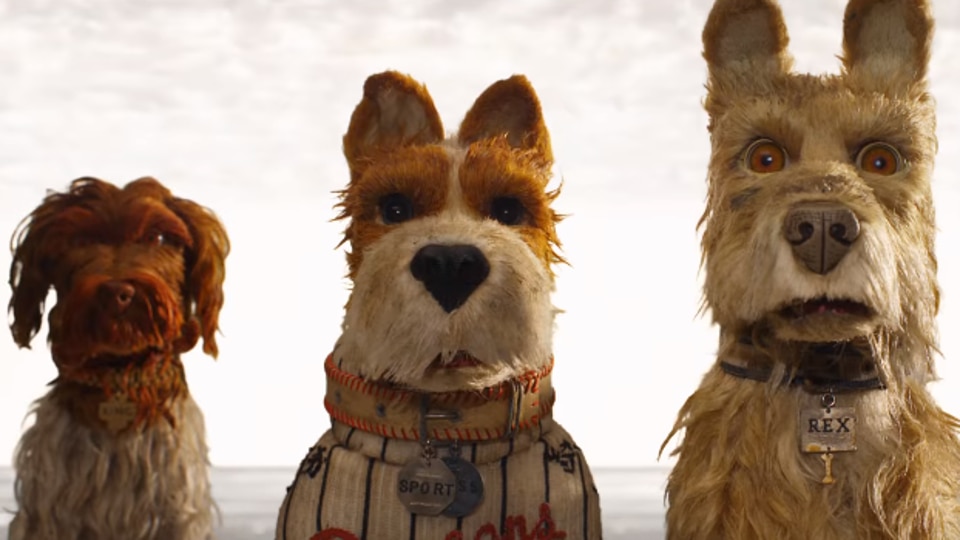 Oh, is that what you guys are wearing? I feel so overdressed now.

Japan, the near future, and the country is seemingly under threat from a flu virus transmitted through dogs. To prevent it getting out of control, the mayor decrees that all canines should be sent to a small, isolated area, known as Trash Island. The first to be sent is Spots (Liev Schreiber), owned by young Atari (Koyu Rankin), the ward of the mayor himself. It’s not long before he has a whole lot of company, as all of Japan’s pet pooches and strays end up on the island.

Six months later, Atari manages to secure a plane and fly to the island in an audacious attempt to rescue his dog. There he meets Chief (Bryan Cranston) and his band of mutts, who almost unanimously agree to help him find his pet. Trash Island has its obstacles though, particularly the robot dogs sent by the mayor to retrieve Atari, and a gang of cannibal dogs. Can Chief and Co re-unite Atari with his canine best friend?

I feel bad for shitting in his sneakers now.

Wes Anderson is one of those directors that fans of cinema should wrap in cotton wool. He is, after all, unlikely to sign up for a superhero flick, and on that basis alone should be pickled and kept securely in a jar somewhere out of harm’s way.

Due to the vast popularity of CGI, stop-motion animated flicks are a dying breed. But while we have the likes of Tim Burton, Nick Parks and Anderson, we have hope.

Yes the style of animation is crude, but that’s part of its undeniable lo-tech charm. It’s a world away from Disney’s clinical approach to animation, and that’s a world worth celebrating, as it puts the art form back into an industry increasingly processed by Intel.

Anderson’s plot is a familiar one: it’s basically a re-working of Disney’s 1963 live action classic The Incredible Journey, but without the pesky cat. To enhance the cute visuals, Anderson brings them to life with top dog vocal talent, including Bill Murray, Frances McDormand, Jeff Goldblum and Yoko Ono.

Once again Anderson has created magic, using old technology to great effect, bringing to life an adorable tale that acts as a reminder of exactly why dogs are considered man’s best friend. And not a bloody cat in sight.