Jean Seberg. Ingrid Berman. Leelee Sobieski. Jane Wieldin. All these woman have one thing in common, they have played Joan of Arc – although Wieldin’s version may not have been quite as faithful as the rest, as it saw the Go-Go member accompanied by a certain Bill & Ted in a phone booth.

Another name that can be added to that list is Ukrainian model-turned-actress Milla Jovovich. She starred in French director Luc Besson’s version as the titular French heroine, in his 1999 blockbuster, now out on Blu-ray, restored. 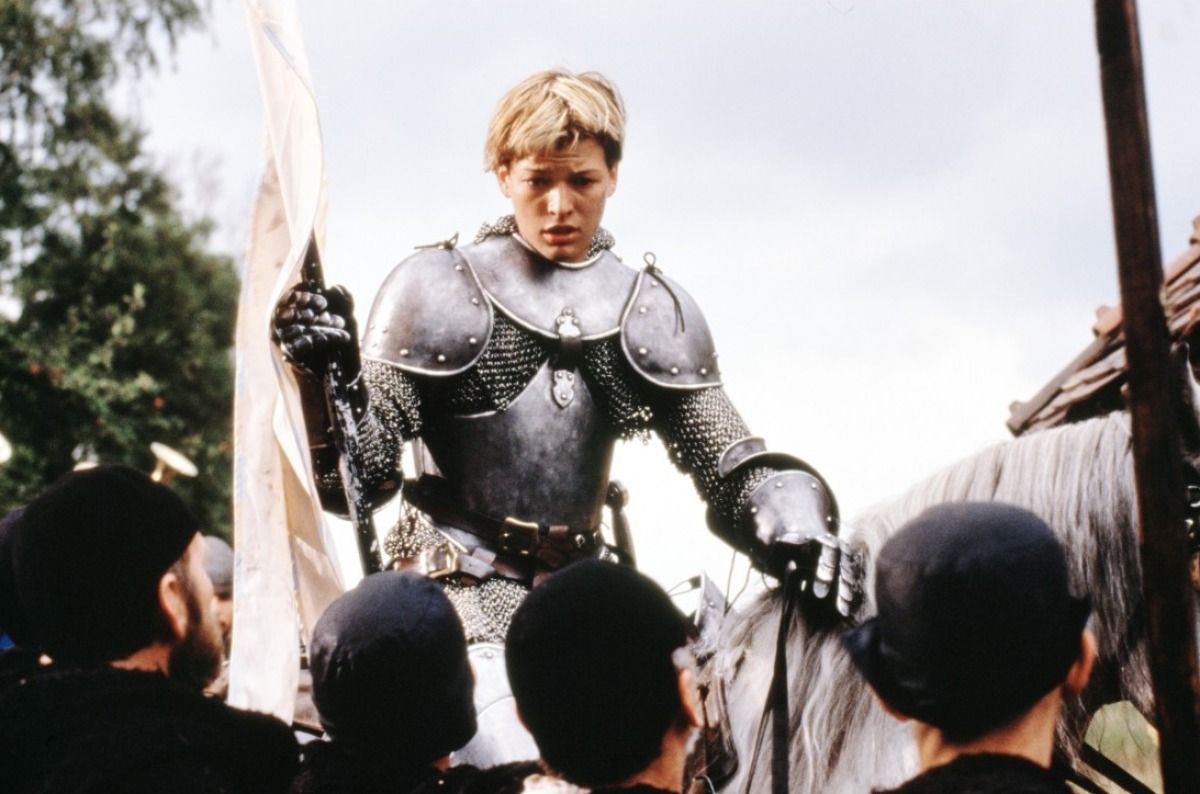 In 1420’s France, the country is in a spot of bother. The British monarch made an agreement to pretty much take over France, and it was agreed upon by his French counterpart. Then both parties died, which made things a tad confusing.

Meanwhile a young peasant in a small village, Joan, is hearing voices in her head. When she’s older (Milla Jovovich), she believes that the voice she hears is that of God. He tells her something that apparently she needs to pass on to the current Dauphin, and soon to be King of France, Charles VII (John Malkovich).

He eventually agrees to meet with her, and is taken with what she has to say. She tells him that the almighty has instructed her to take an army to the city of Orléans, and defeat the English. Not wanting to get on the wrong side of God, he agrees, and allows Joan to join the troops there.

It’s there, on the battlefield, that she soon gets a reputation for being the messenger of God, and that her word is his. She’s quickly respected, adored and feared in equal measures, as she tells the English how it’s going to be.

With Joan keeping her word, Charles VII is most pleased with her results, but in his world of politicking, it’s all too easy to switch allegiances, as Joan soon discovers herself. 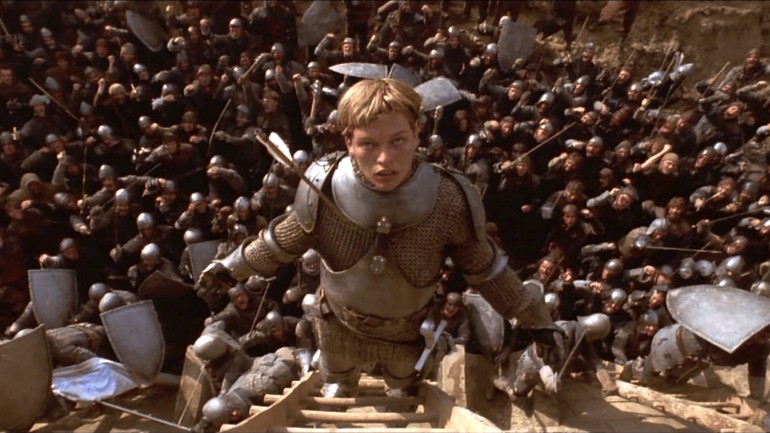 After the pair made such an impact with their previous film together, The Fifth Element, clearly Besson was keen to work with Jovovich again, particularly when you take into account that they were now married.

Certainly it was a risk for Besson, who up until this point, was known for cool, contemporary features, with doing a blockbusting historical film. And although not considered a flop, as it cooped back its budget, with ten million to spare, it wasn’t the hit that he no doubt wanted it to be.

Twenty years on however, and this version is a surprisingly entertaining watch. First it has some big names involved, that not only included Malkovich, but also Faye Dunaway and Dustin Hoffman, as well as a young Vincent Cassel, and a non speaking part for Toby Jones.

His version is also best described as accessible, as some of the dialogue and character interactions are something that you would more likely expect from, say, TV’s Horrible Histories; it’s quite playful in places, focusing on relationships and not necessarily historical accuracy.

And then you have the battle scenes, which you expect is one of the reasons Besson took the job in the first place. Even by today’s gory, Game of Thrones standards, they are respectably gruesome, with body parts being re-distributed left, right and centre.

And although Jovovich since has not really had the opportunity to really push herself in her later roles, she should find some solace in delivering a sincere and energetic performance throughout. Yes at times, her eyelids do appear to be glues open in constant astonishment, which gives her a slightly troubling manic look, but certainly visually she looks the part. There’s also some nice interplay with Hoffman, who looks like he could be auditioning to play a Jedi, which has a pleasant thespian weight to it.

It’s fair to say that Besson’s version isn’t definitive, but it does have an epic glow about it, that still holds up to this day. It’s essentially a curious hybrid of a historical drama of old, mixed with a summer blockbuster, which somehow works.

Certainly Jovovich’s career peaked with this release, as she got sucked into the decidedly average Resident Evil franchise, with her next hubby, director W.S. Anderson, starring in six instalments of the films based on the video game series.

At least she has the memory of playing this iconic character, as well as having her name added to a list of esteemed actresses to also have felt that burning sensation on screen.