Considering the extraordinary limitations of his acting abilities, Keanu Reeves has done what many of his peers have failed to do, and that is still remain relevant with today's audiences. It’s an impressive achievement, and yet you can’t help but feel that it couldn’t have happened to a nicer guy.

He has now appeared in over a hundred features, and yet even the keenest of fans would no doubt struggle to name them all, or even more of a challenge, sit through them all.

But when you have starred in the likes of Speed, The Matrix films, and played Ted in a serious of excellent adventures, you’ve booked your spot in film history right there.

Here Reeves returns to his most recent franchise, with the third instalment of the unkillable John Wick. 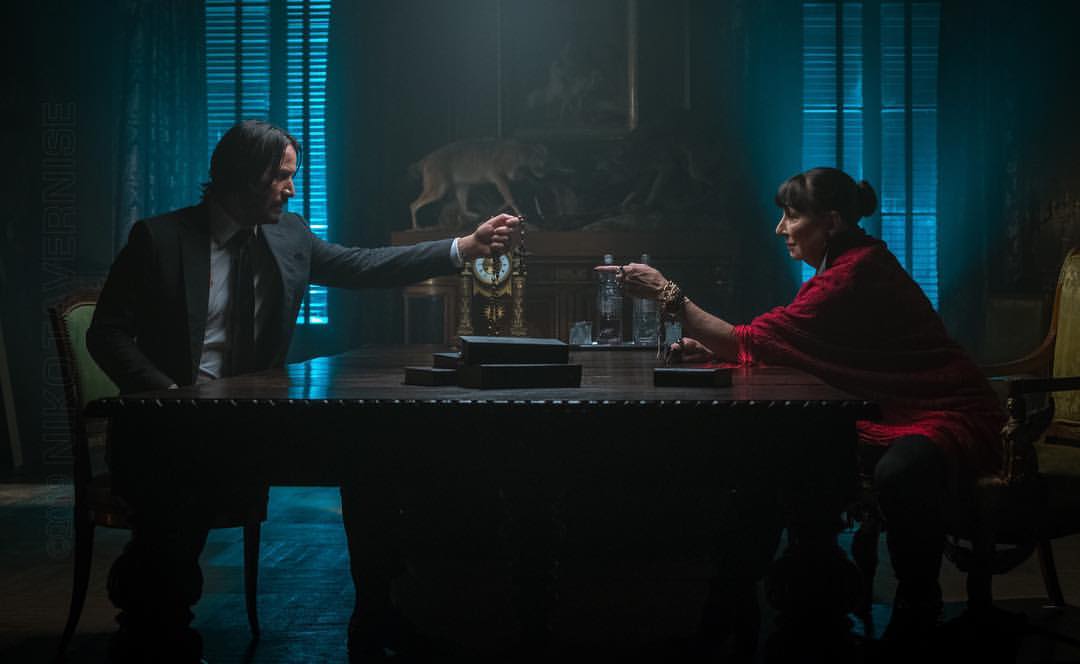 My Mom's necklace for a small bag of crack. That's fair.

John Wick (Reeves) finds himself running through the streets of NYC, and it isn’t just to make up his step count on his Fitbit. A bounty is on his head, for a cool $14 million, making him a highly attractive target.

Pulling a favour or two, he finds himself in Casablanca, where his aim is to meet the head of the table, to discuss a few options of how they can all move on, preferably one that doesn’t involve the world and their dog wanting Wick dead. But as he’s found with most parlez’s he’s had, you don’t get anything for nothing. 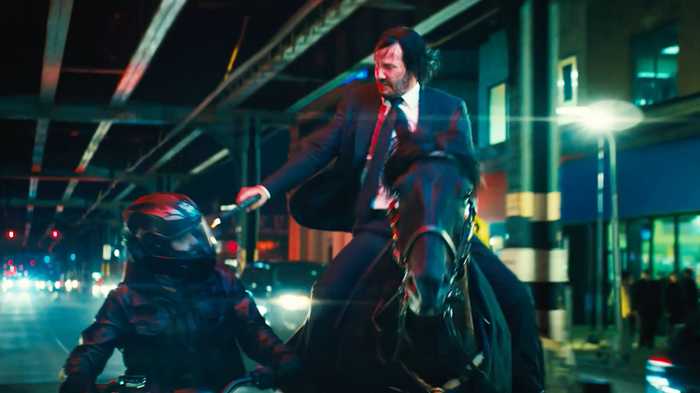 What did I tell you about cutting me up?!

Thinking that the parabellum was that area between the anus and scrotum – wrongly as it turns out – it’s still probably just about the right spot this third film in the series should sit, as it were.

Wick is hardly the most enigmatic of characters, with most mimes being more vocal than he is, but he does have a certain on screen presence.

The director is once again Chad Stahelski, who has held the entire franchise in a directing headlock. Stahelski’s background previously was as an acclaimed stuntman, and it shows. Every entry in this series has been a collection of stunt set pieces, held together by a woefully poor excuse for a story, and this entry is no different.

As impressive as the many, many, many stunts are, they are as staged and choreographed as an eighties Van Damme flick, with all the finesse that comes with it. And with Stahelski clearly out of his depth as far as getting a performance out of his cast is concerned, it doesn’t take long for fight fatigue to set in.

To be fair, he’s hampered by the 15 certification, which doesn’t allow him to get into all-out Tarantino mode. But at the same time, his speciality in stunts hinders his ability to allow any emotional elements; the film is in desperate need of light relief, and more than just Reeves’ performance.

It’s a slick production, and looks impressive enough, but it’s yet another example of all style and very little substance. Perineum indeed.